Ukraine, not The Ukraine

Ukraine, not The Ukraine

Director, Autorino Center for the Arts, University of Saint Joseph

Ukraine, not the Ukraine

Old habits are hard to break. When Ukraine was part of the U.S.S.R. it was known as the Ukraine, short for the Ukrainian Soviet Socialist Republic. Now, that it’s a free Democratic country please just call it Ukraine. It’s a hard habit to break, but after independence from the Soviet Union, the Orange Revolution and the Maidan Revolution, Ukraine is really trying to earn the name Ukraine. I realized this distinction the most in Kharkiv, the western most city we traveled to during this visit, when a local theatre company screened for us a reel of Ukrainian portrayals in American film and television and there were many Ukraine/the Ukraine references.

It didn’t take long to hear about the importance of Maidan Square, the latest people's uprising, in 2014, when by grassroots protests and multi-day standoff at Maidan Square, President Yanukovych was removed from power. On the second day in Ukraine, our U.S. Embassy cultural companions and tour guides brought us to a hidden restaurant below Maidan Square, the Last Barricade. Not only was it most amazing restaurant and bar (yes, I have to admit, I bought some rare Ukrainian-made vodka, made from an ancient Jewish schnapps recipe made from golden raisins and proudly bore a Star of David) it embodies the post-Maidan Ukraine. If you are familiar with the hyper-local movement in the U.S., like supporting your local farm and your local micro-brew, this is just the tip of the modern Ukrainian era. 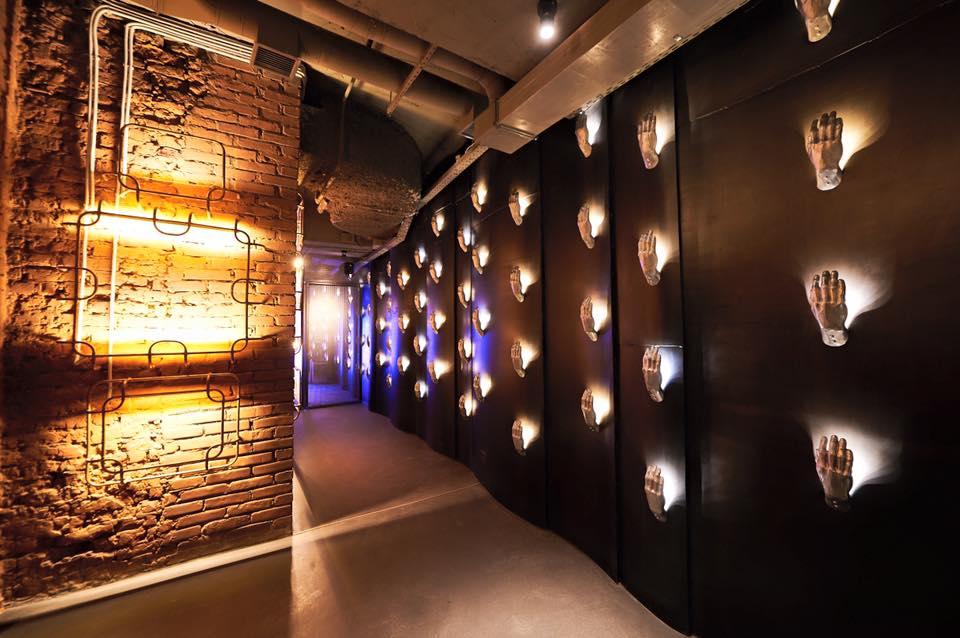 Entrance to the Last Barricade. Photo via KievTravelBlog.com

The 19th and 20th centuries presented many challenges for Ukrainians, but today, Ukrainian pride is on the rise and is evident in a place like the Last Barricade, which features Ukrainian national dishes and highlights local products. Ukraine is getting its identity back, and it is reflected in the arts scene.

Only a few hours after arriving in Kyiv we were whisked to a makeshift performance space at a local university where Kurbasy performed for a packed house. It was a mind-blowing environment, I could palpably feel the Ukrainian spirit and energy swell up in the room as the audience dove into familiar traditional music performed in a riveting contemporary setting.

The arts and artists we saw ranged from large scale experimental and contemporary theater to the small and intimate modernist youth music-theater. Mostly each institution was sober-eyed at the difficulties that Ukraine must overcome to achieve an independent and democratic nation, have robust economy, and a thriving arts scene. 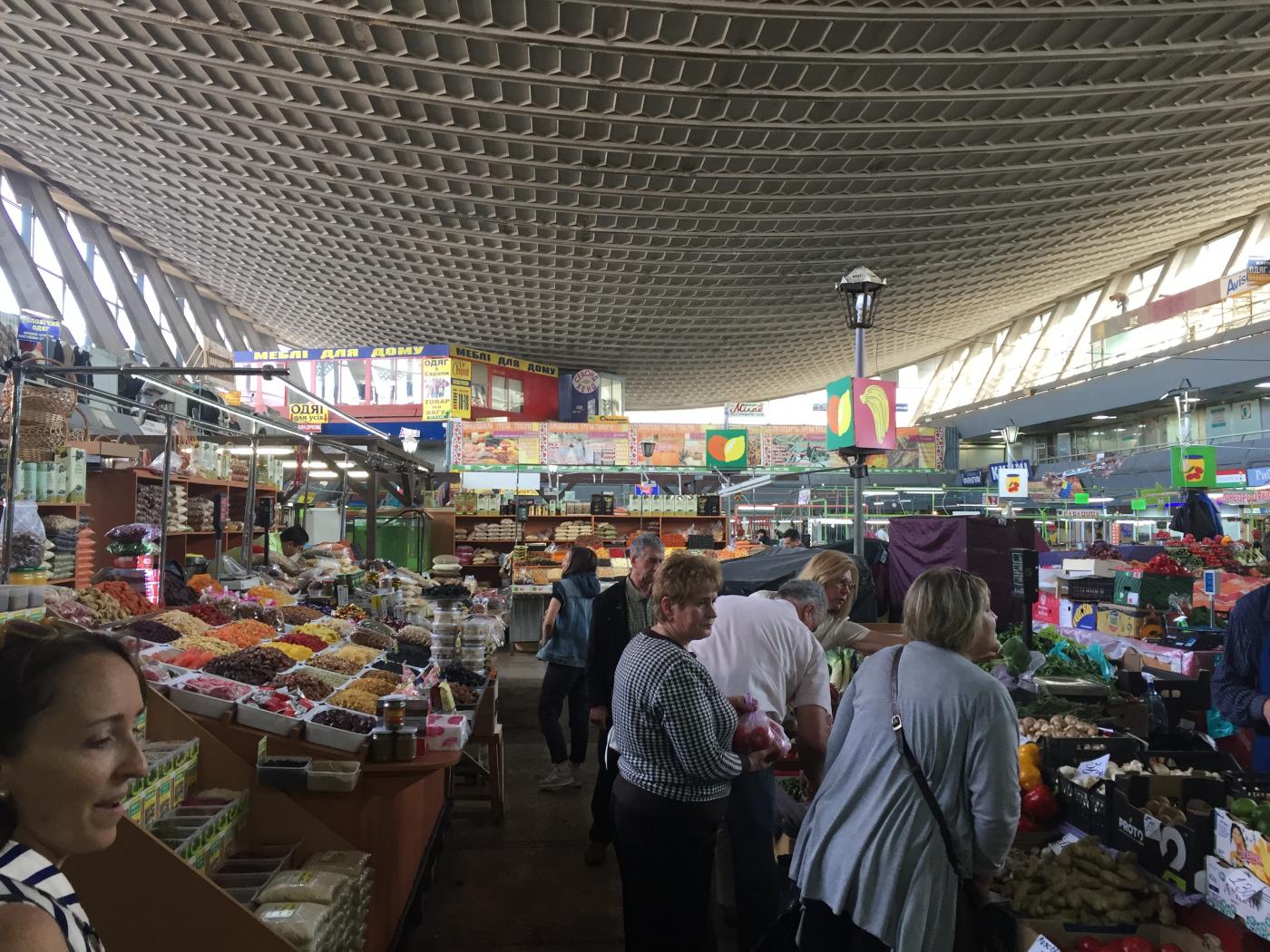 Bits and pieces of past Communist rule are felt all over daily life, as in the architecture of Soviet Modernist market place Zhytniy, the interior is pictured above.

I was honored and delighted to have been invited to join NEFA and Center Stage to Ukraine.

My family on both sides at Ukrainian Jewish from Kyiv and Odessa. 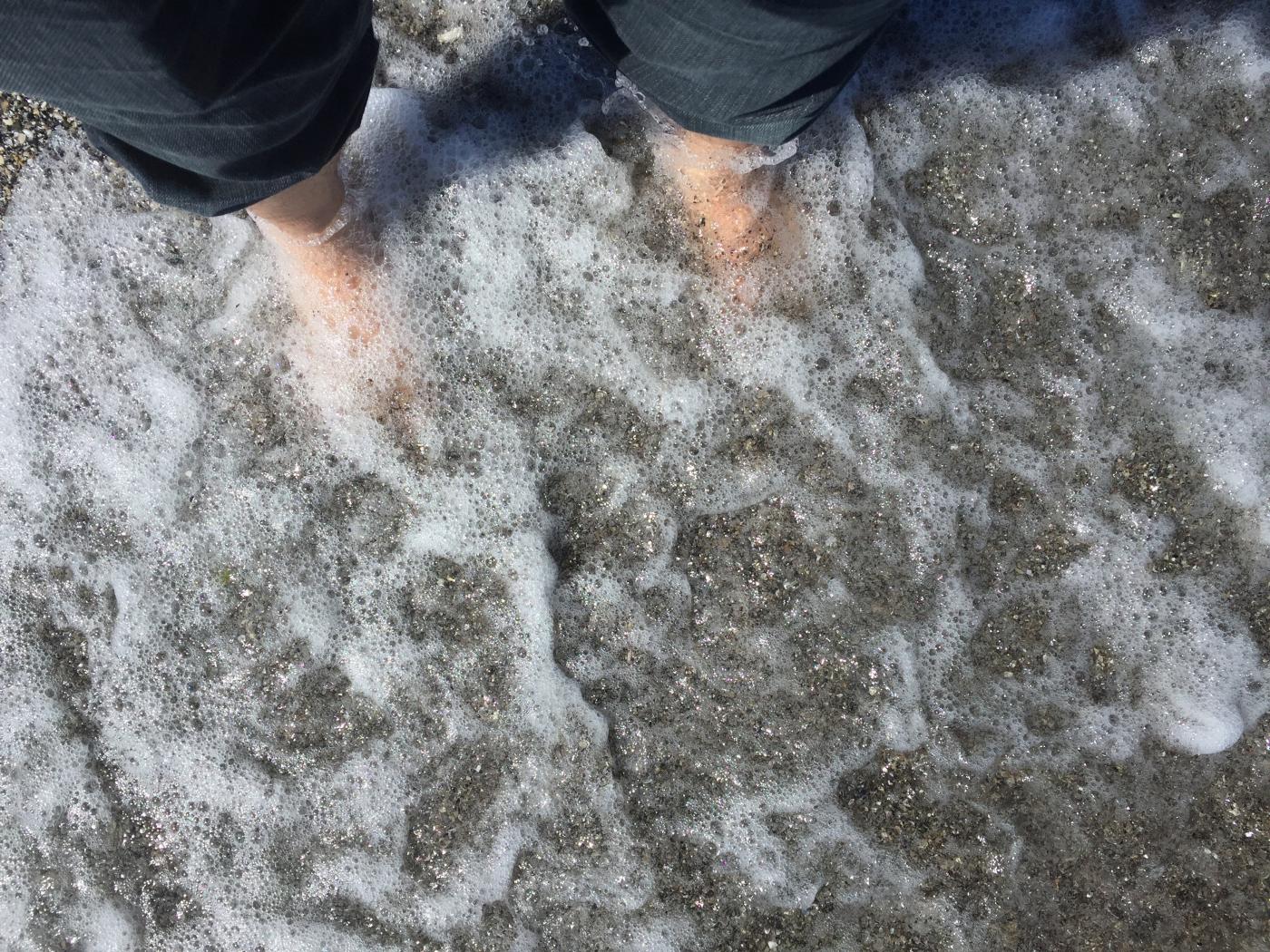 My feet in the same waters that my great-great-grandmother swam, bathed and played in. Odessa, Black Sea. 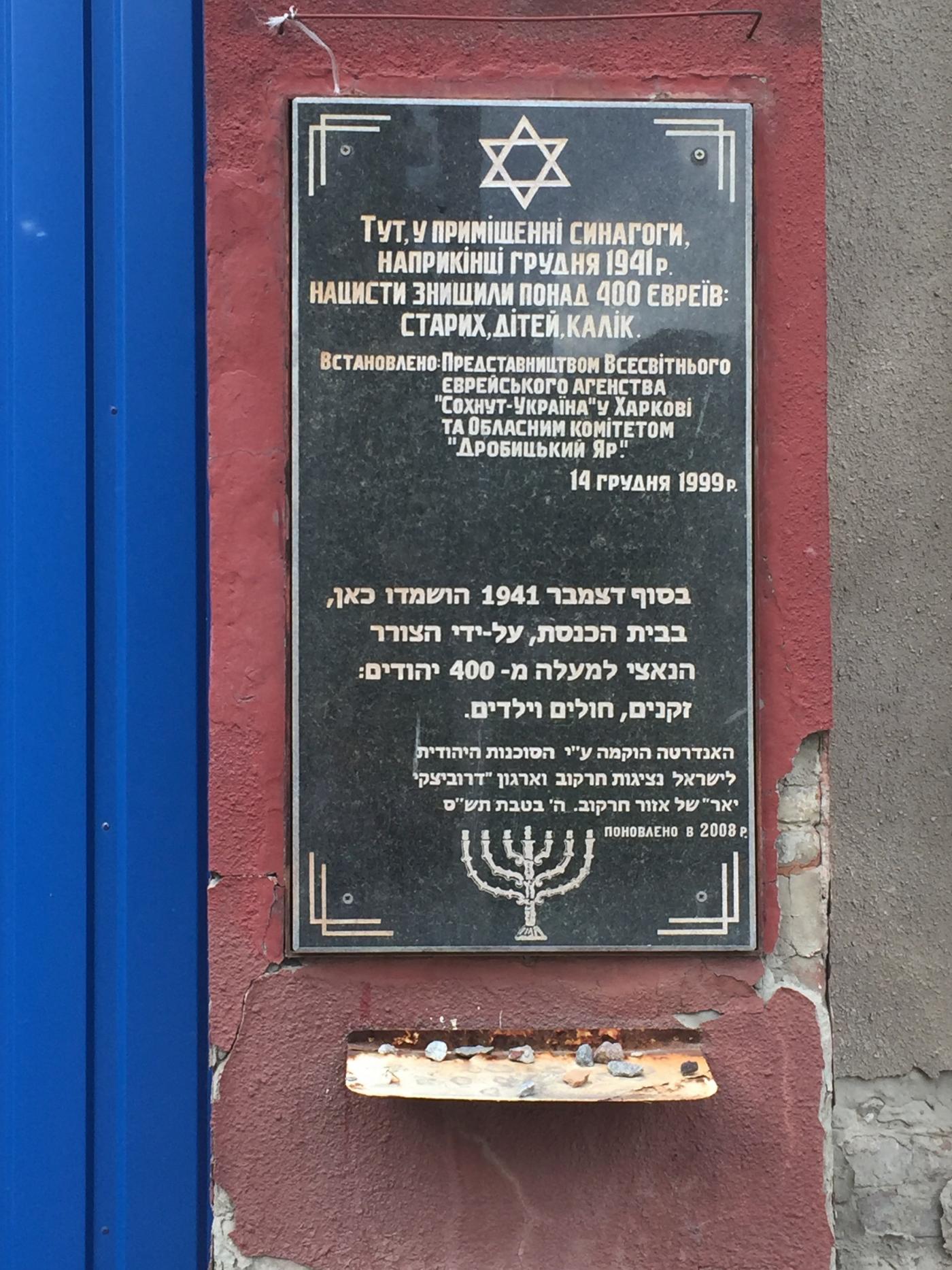 Tributes such as these are seen all over Ukraine.

Thank you to Adrienne Petrillo, Kelsey Spitalny, Danielle Jacobson-Plotkin and Cathy Edwards from NEFA, thank you to Deirdre Valente and Lisa Booth of Lisa Booth Management, our cultural guides from the U.S. Embassy in Kyiv and to my wonderful colleagues Candace Feldman (UA Presents) and Michelle Witt (Meany Center, UWA). 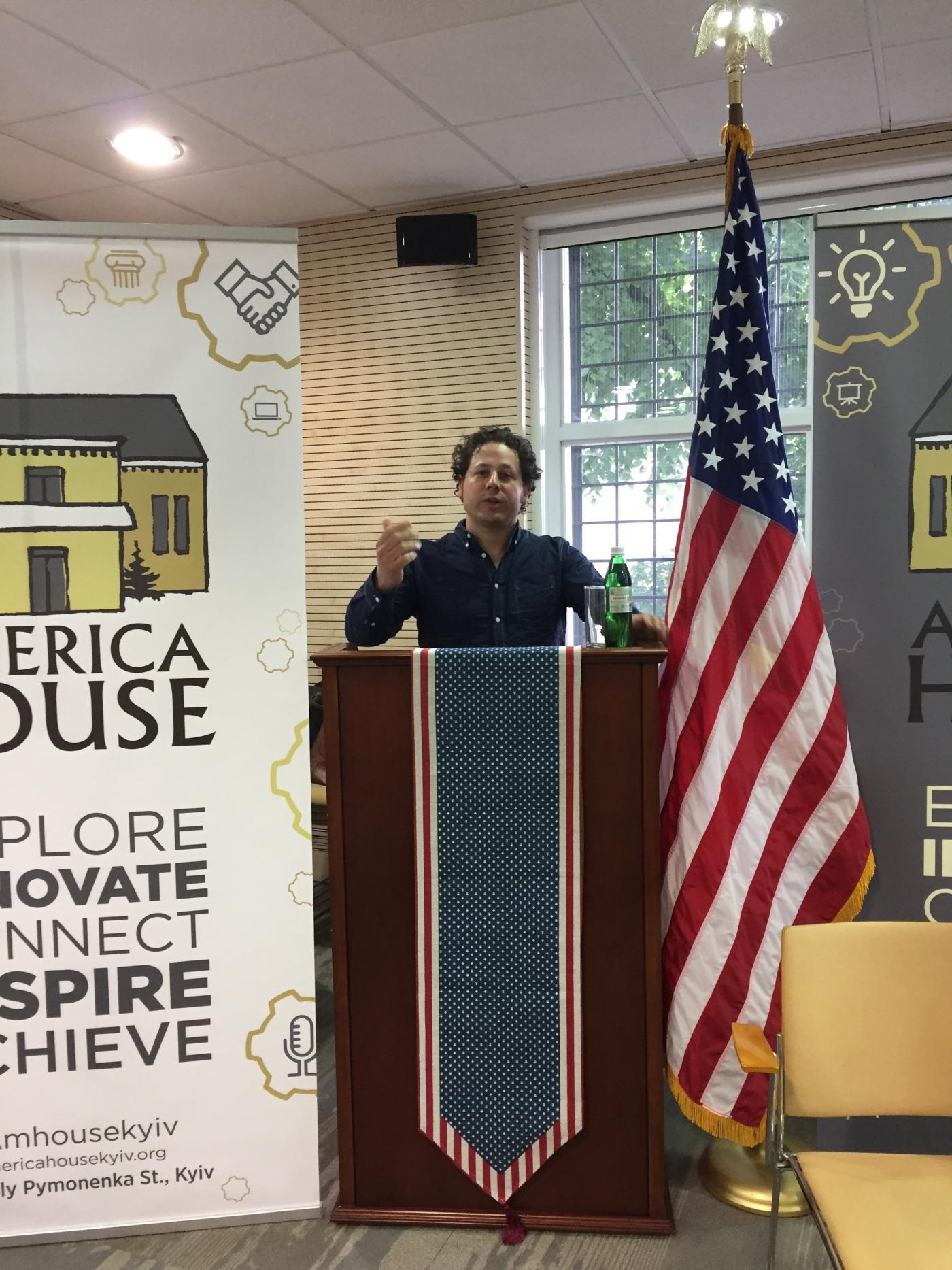 Steve Raider-Ginsberg addressing artists at the America House in Kyiv.

All photos are courtesy of Steve Raider-Ginsberg unless otherwise noted.