Executive and Artistic Director, Meany Center
My experience in Ukraine with Center Stage as we toured various cities, visited with artists, saw performances, and learned about the political and cultural history of this complex country, will continue to inform my work for years to come. Having never been to Ukraine (although well traveled and familiar with parts of Eastern Europe), I really had little idea of what to expect. The U.S. news covers mostly the political instability and corruption of the former President Viktor Yanukovych, the challenges of the current regime, the ongoing annexation of Crimea by Russia and fighting in Eastern Ukraine - to the exclusion of the beauty of the land, culture, and people of this extraordinary part of the world. 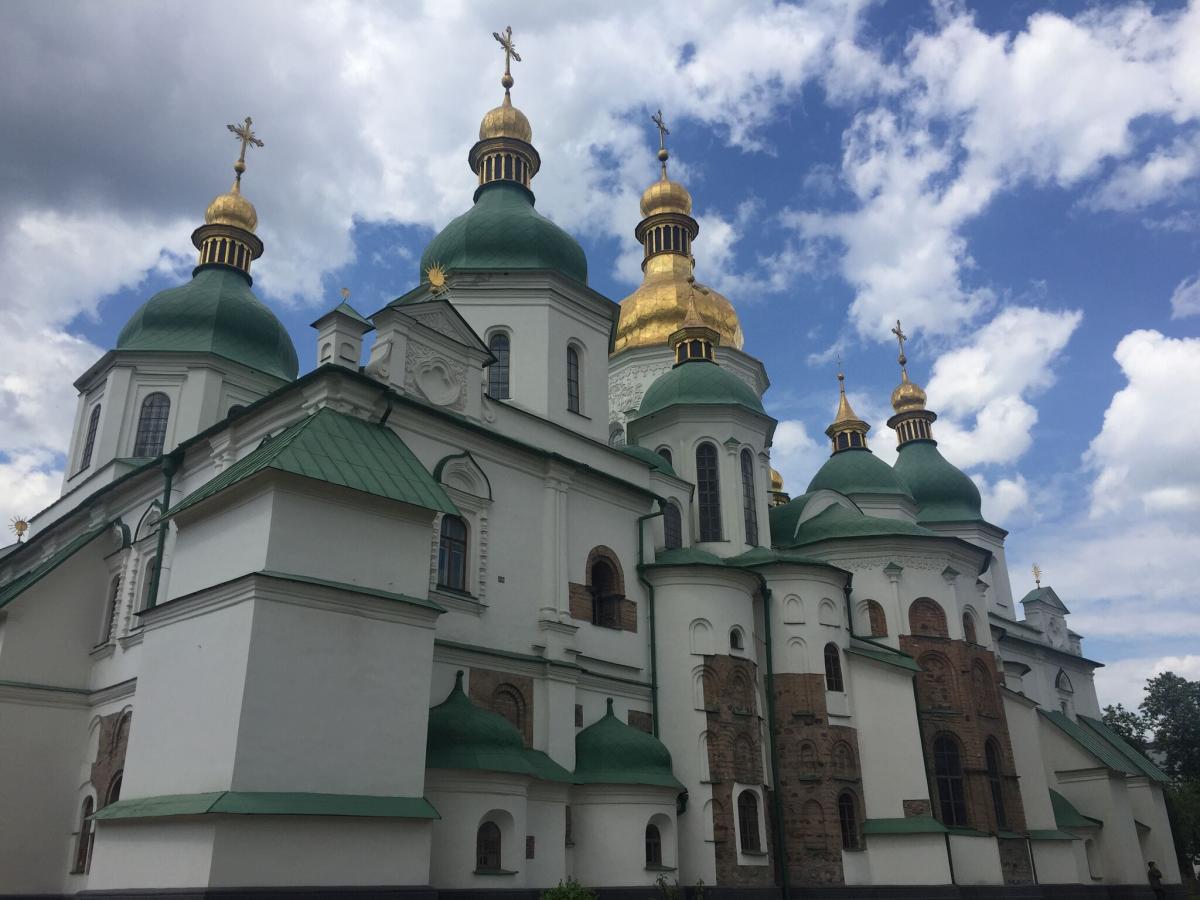 The only Ukranian artist I had seen live prior to coming on the tour was the vocal group DakhaBrakha, vibrant performers who have toured the U.S. under Riot Artists. I knew something of the vocal traditions of the Greek (and Ukranian) Orthodox Church, and of the very difficult and tragic history of Ukraine, particularly in the 20th century, but not much about the contemporary culture and its relevance to the greater cultural, artistic, and even political dialogues happening around the world.
In just one, tightly packed week, we were able to visit the cities of Kyiv, Odesa, and Kharkiv – all with their own very different Ukranian sensibilities and ways of being, and yet connected by a deep sense of national identity and pride. We toured Maidan Freedom Square, where young Ukrainians successfully came together and ousted their corrupt leadership – with much courage and tenacity – in the winter of 2014; an inspirational testament to the strength and persistence of the human spirit despite governmental violence toward its own people. This strength and commitment are clearly evident in the many diverse and important artistic voices rising from this newly energized country with new ties to the European Union and a sense of personal and collective responsibility for the future generations of Ukraine. 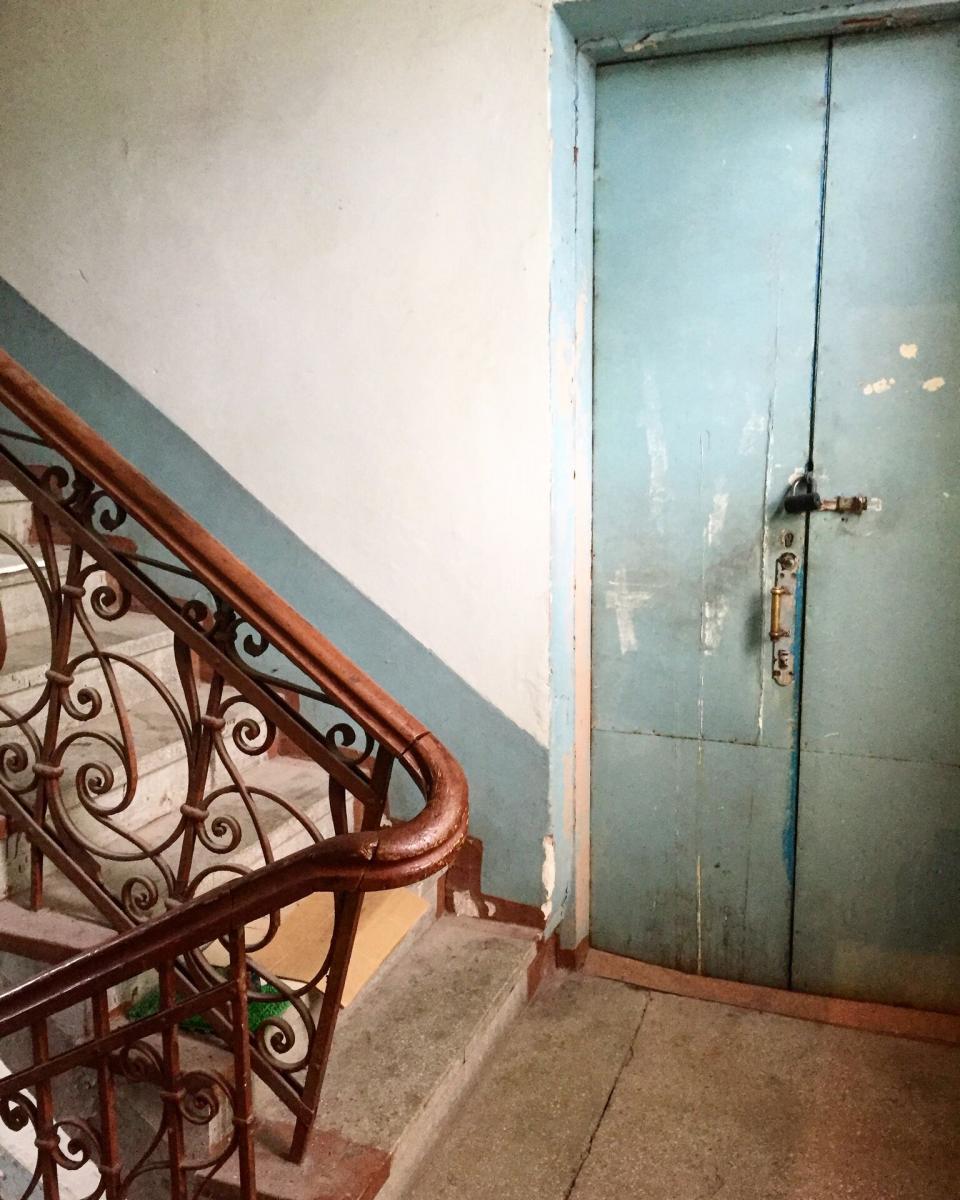 Architecture inside a theater company's space in Kharkiv

We met with theater companies, who are all working with a wide range of resources – a raw space of concrete blocks and drywall, an abandoned building on the edge of town, a tiny developmental creative incubator that had the feel of an underground collective, and a fully supported state theater. The passion and belief that these artists have in the power of the arts to communicate to the world and to each other, to create a better country and participate in global cultural exchange as equal partners, is the basis on which their work is forged. I will never forget being in a tiny theater space, seeing a compelling new work for the first time, during which everyone –performers included – wept from the immediacy and profound implications of the actors’ artistic message. Art matters in Ukraine, and deepens this fragile country’s new sense of freedom, of personal responsibility, and connection to its people and to the greater free world. 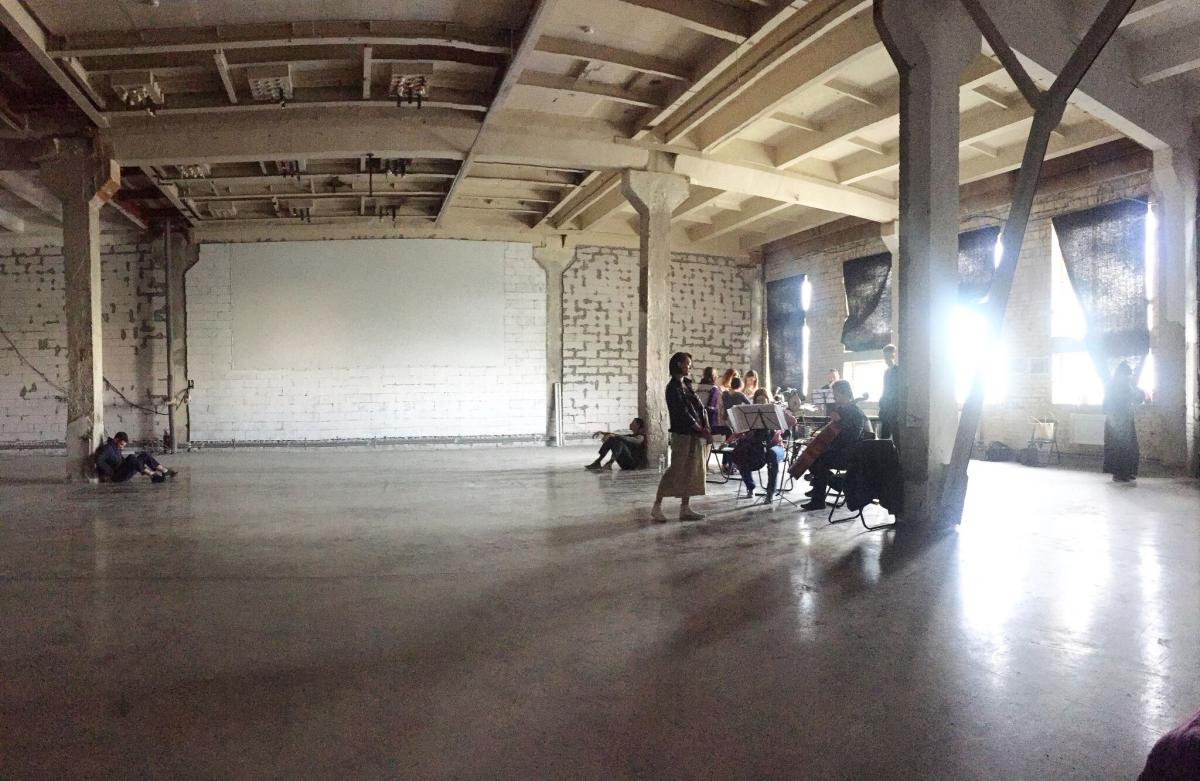 A theater company rehearsing in a warehouse space in Kyiv. It would be transformed into a fully functioning performance space within the next several days.

The performances that we experienced also connected to Ukraine’s deep and ancient mysteries. The gorgeous, strident, and startling harmonies and extended vocal techniques developed and performed by Ukranian traditional musicians harkens back to the country’s most long-held culture and beliefs. Connections to the natural world, to pagan traditions, to the cycles of life, to nature, and to a yearning for the transcendent are embedded in the artistic expression of Ukraine. In addition, new experimental video and electronic music in combination with old and new instrumentation seems to be popping up everywhere. Performances that uniquely combine traditional Ukranian identity with its contemporary facets harken towards the west, yet are deeply rooted at the crossroads of both east and west. Visual imagery in the context of visual projection, whether as a part of documentary theater, music, or abstract contemporary settings of new and classic work abounds in courageous and inventive ways.
The diversity of the work is extraordinary for a country that has been through so much and has so little resources relatively. It was almost too much to take in in such a short time, but I know that this is only the beginning of an exploration of the artistic work of this country which is still just starting its own transformation. It is extraordinarily exciting to be a small witness to it and to be able to help share its lessons that can inform us all, as we support the continued democratic expansion and flourishing of artists and culture around the world.
Thank you to the Center Stage program, the U.S. State Department Bureau of Educational and Cultural Affairs, Deirdre Valente and Lisa Booth Management, and my presenter colleagues who made this experience of Ukraine possible and who enriched our explorations of new creative performance in this rapidly changing and beautiful country. I am also deeply grateful for the generosity of the artists who gave of their time, artistry, stories, hospitality, and energy to share their endeavors with us. 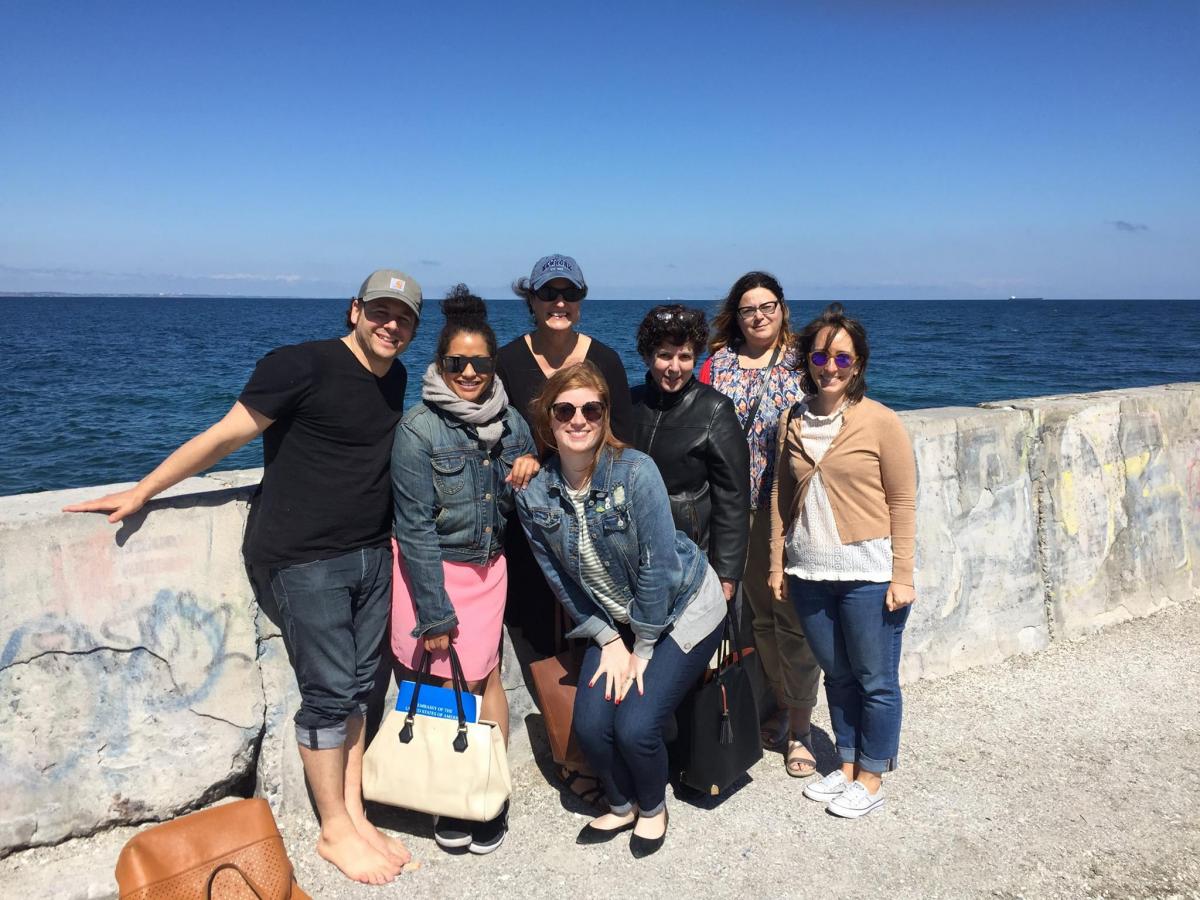