As I write this blog, Poor Rich Boy are in the midst of their Center Stage tour. They are currently in Durham, North Carolina, preparing for their June 11 performance with Plume Giant at Duke University. Just over a week ago, they arrived in Washington, D.C. to kick off the second season of Center Stage. This photo of their arrival at the airport reached 40,000 people worldwide on Facebook - a great way to announce that Center Stage has begun! 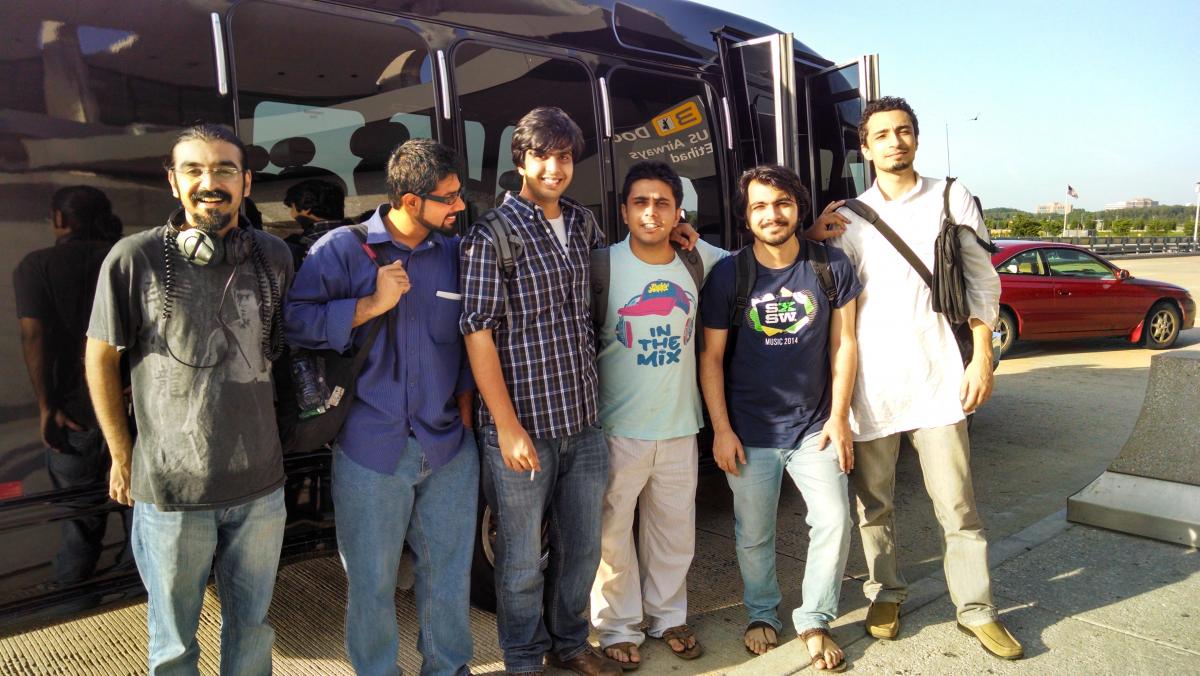 We have so many wonderful photos and video clips from the first leg of their tour we wanted to share the highlights with you here!

Guitar shopping upon arrival in D.C. 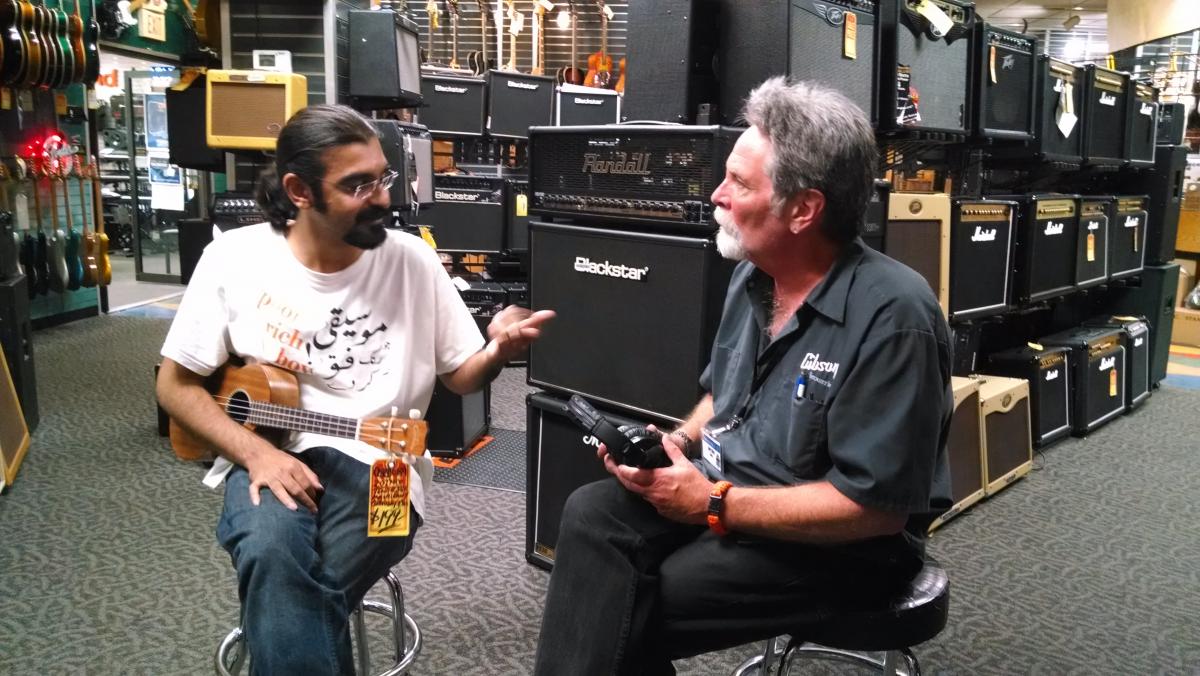 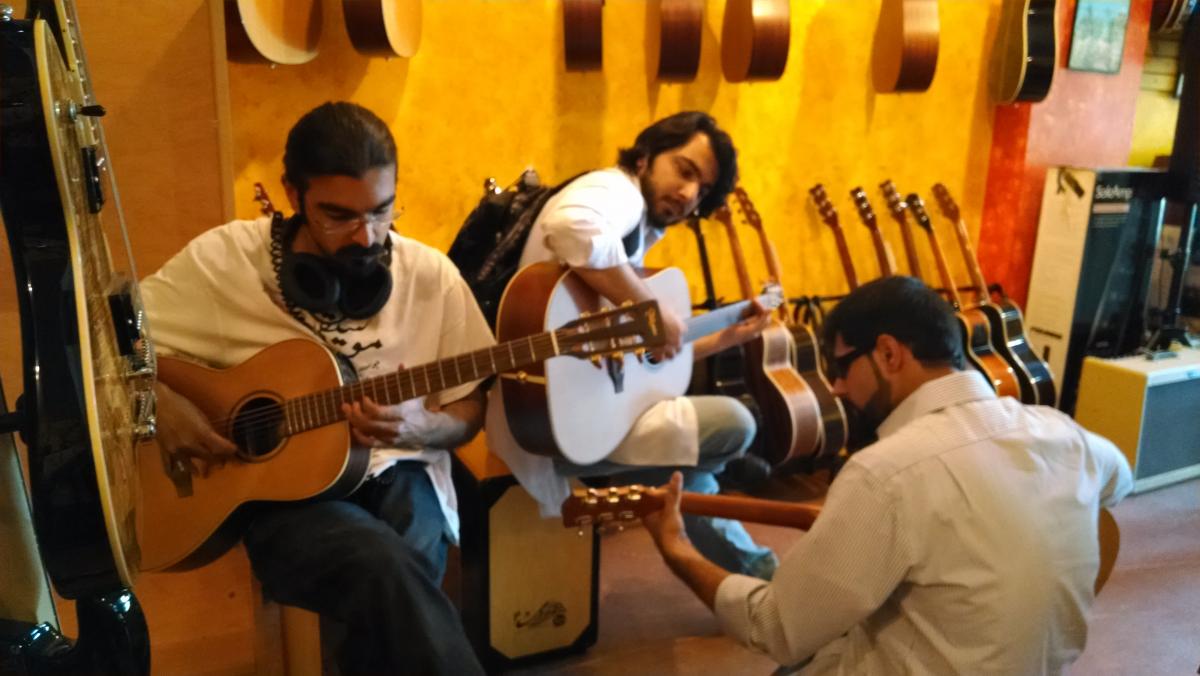 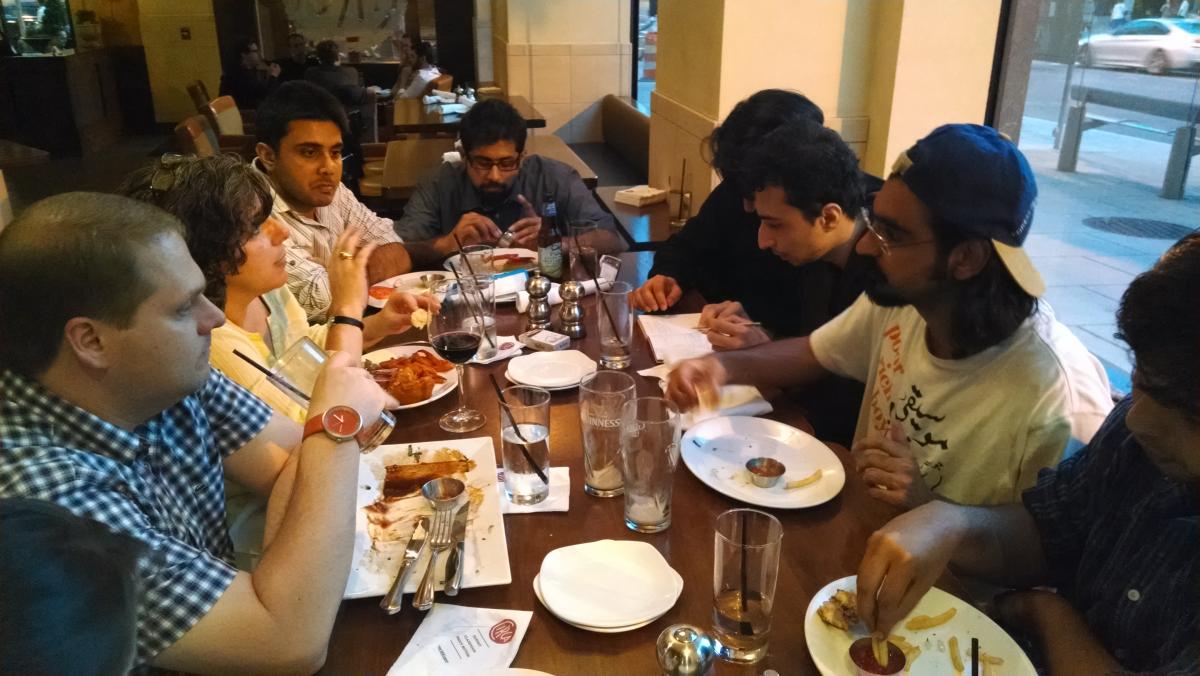 On Monday June 2nd, Poor Rich Boy had the most beautiful day to be interviewed by Kelsey Brannan, ECA videographer, in front of the Lincoln Memorial: 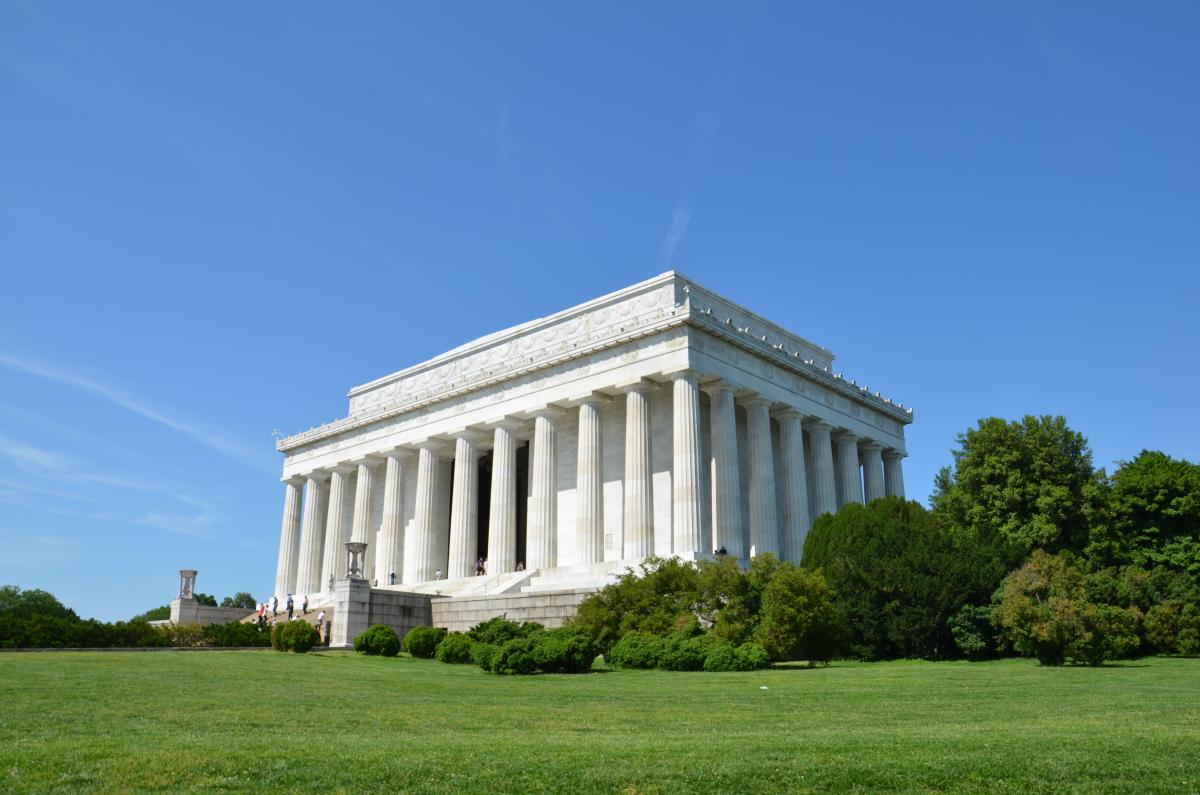 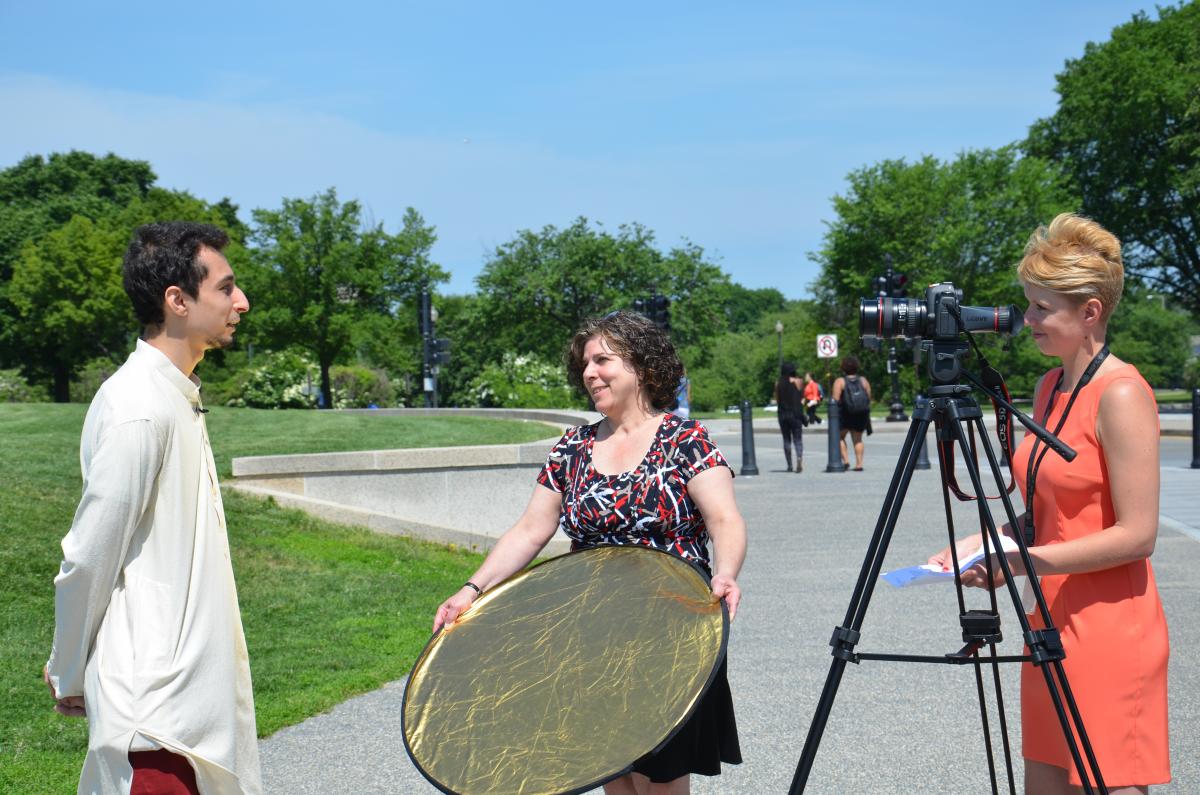 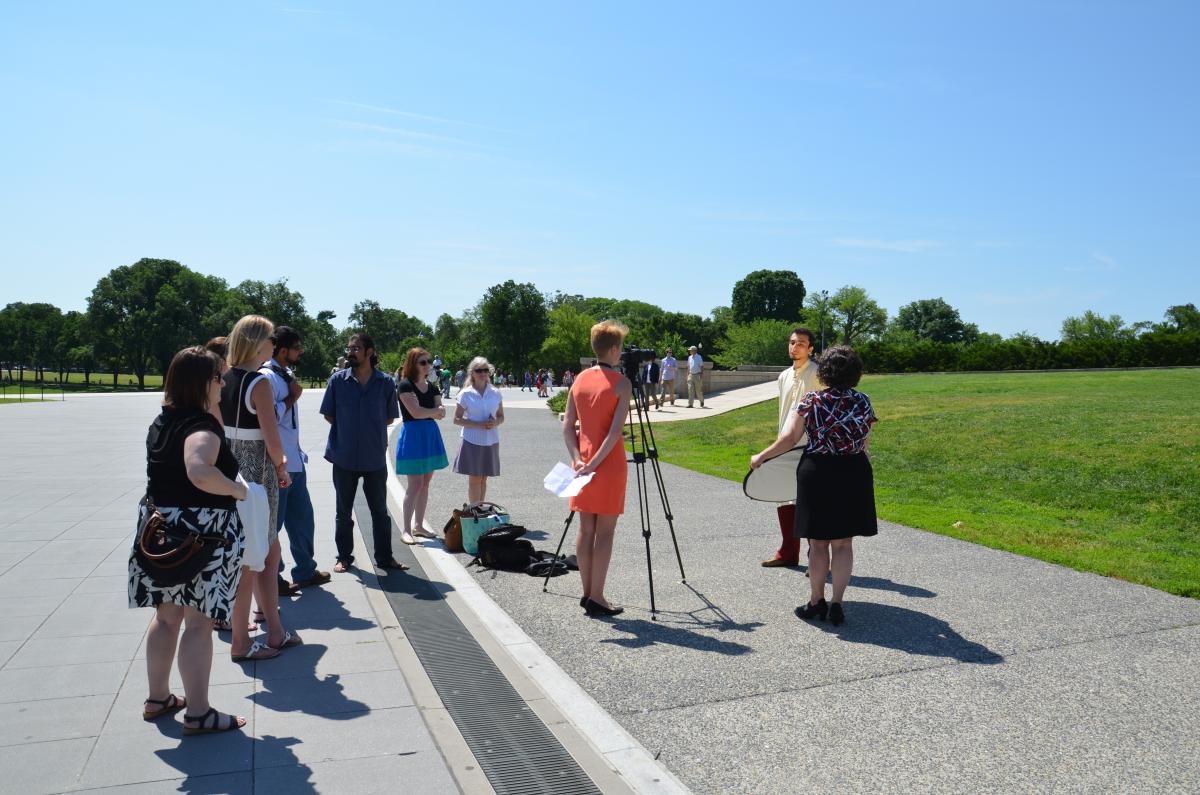 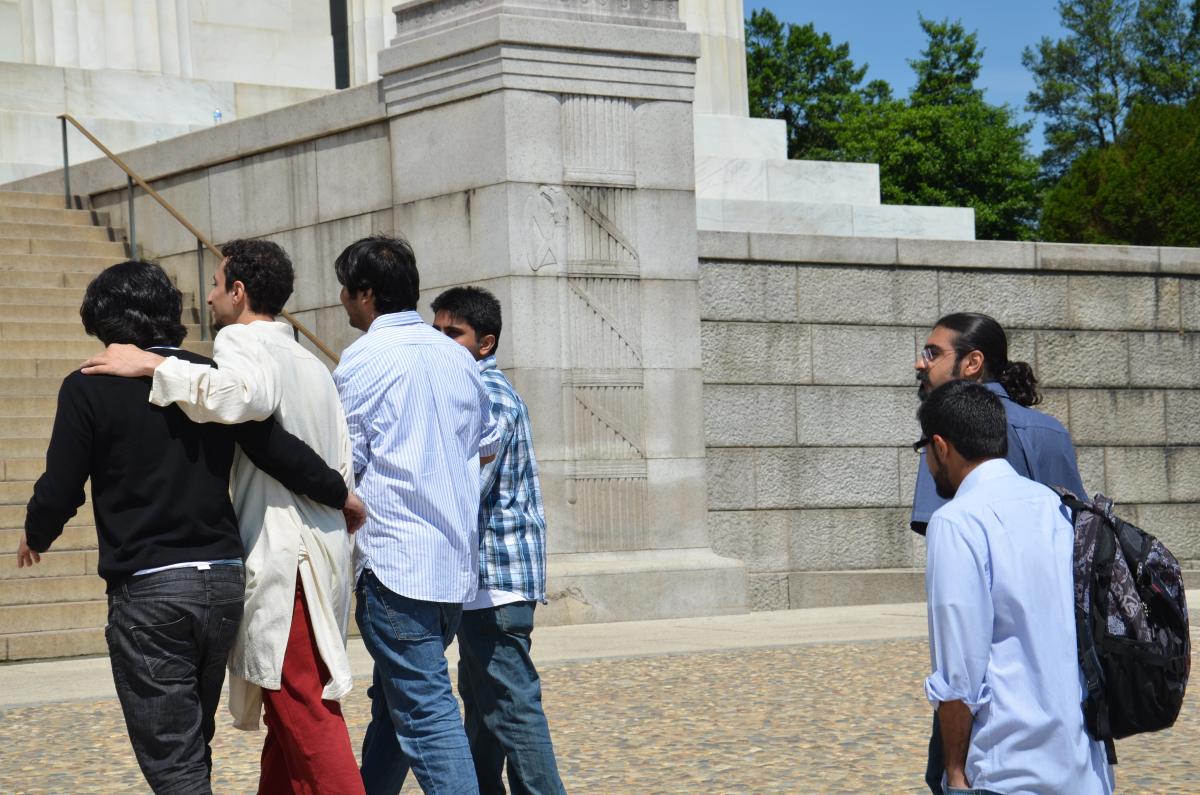 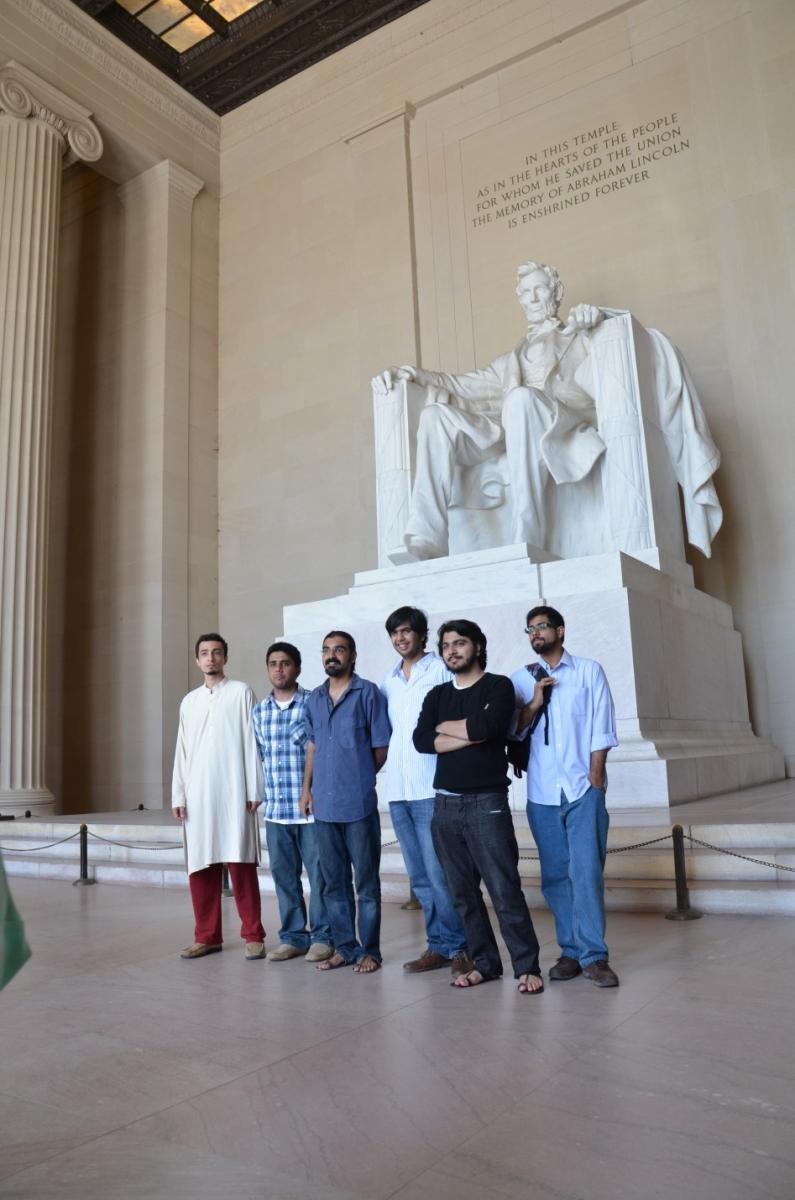 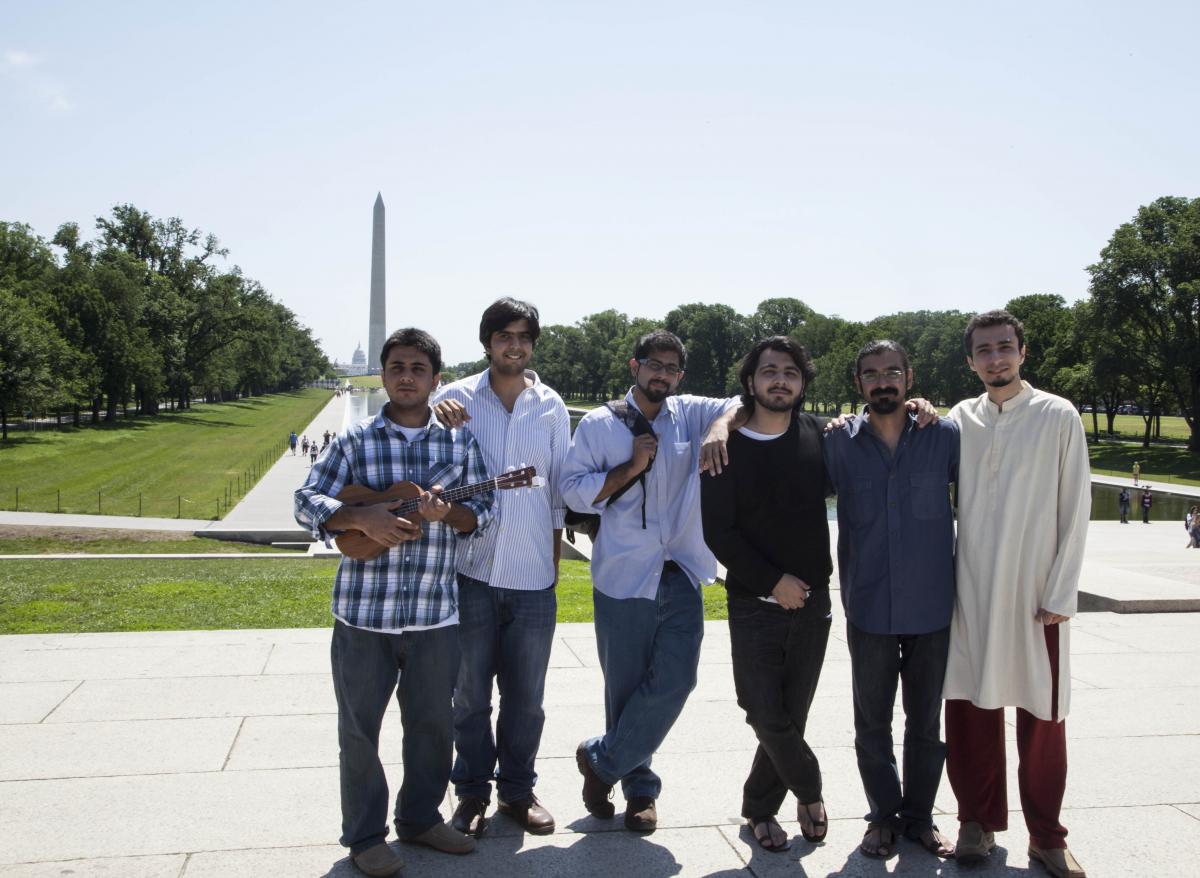 The finished product of their interview can be seen below! Is it also available on YouTube.

Following their interview, the group arrived at the State Department for their official orientation. They were welcomed by Bureau of Cultural and Educational Affairs staff members Stacy White, Cultural Programs Division Chief, Julia Gomez-Nelson, Program Officer, Kelsi Ward, Program Coordinator, and staff from the International Alumni Exchange. They received Certificates of Participation and then signed Center Stage t-shirts for their new fans. 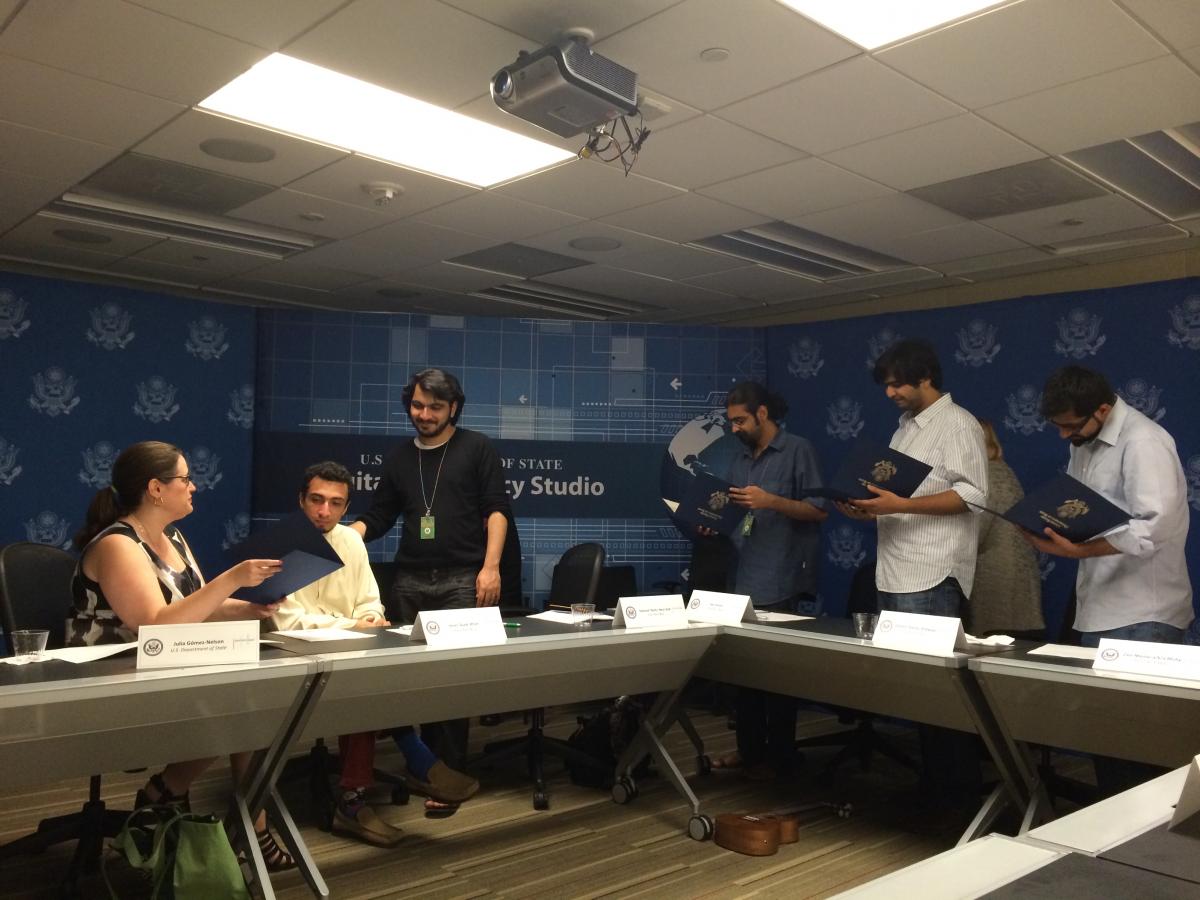 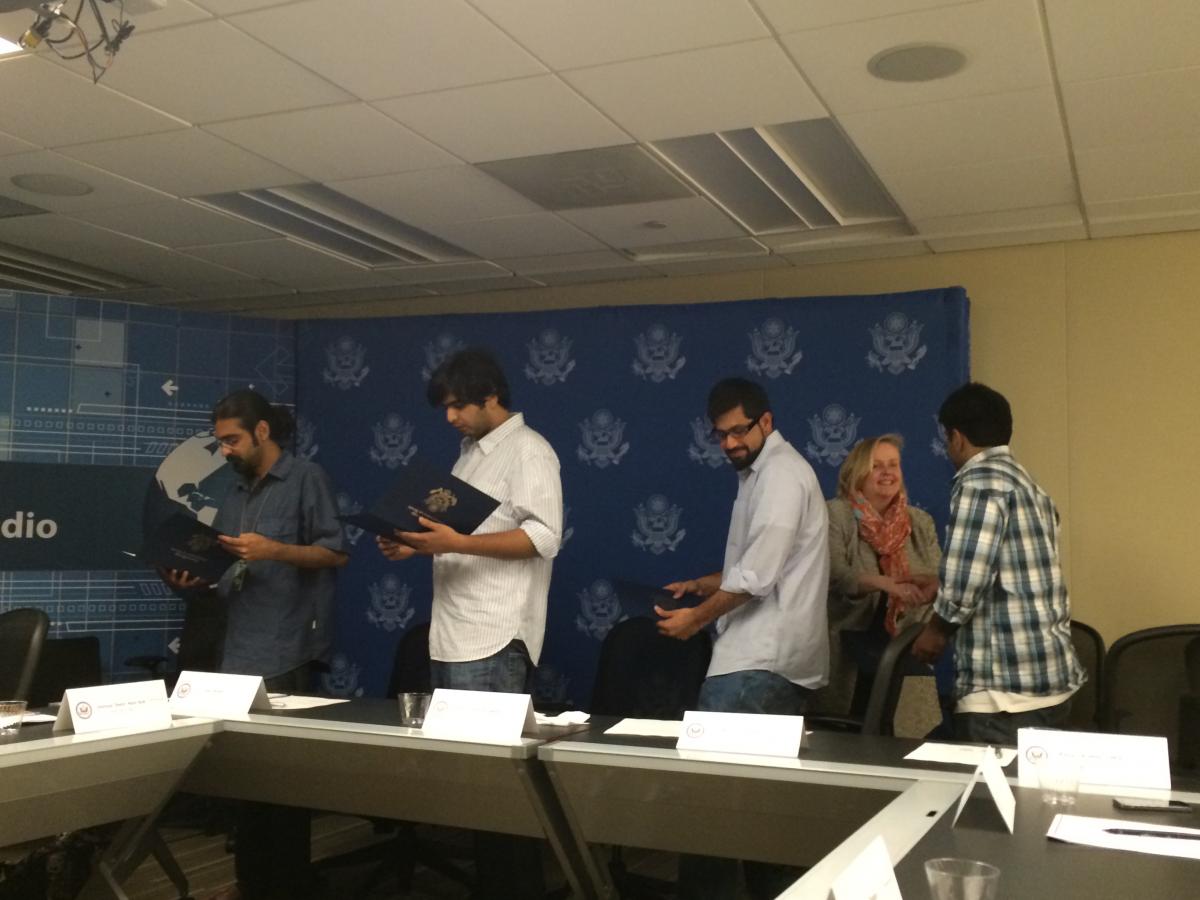 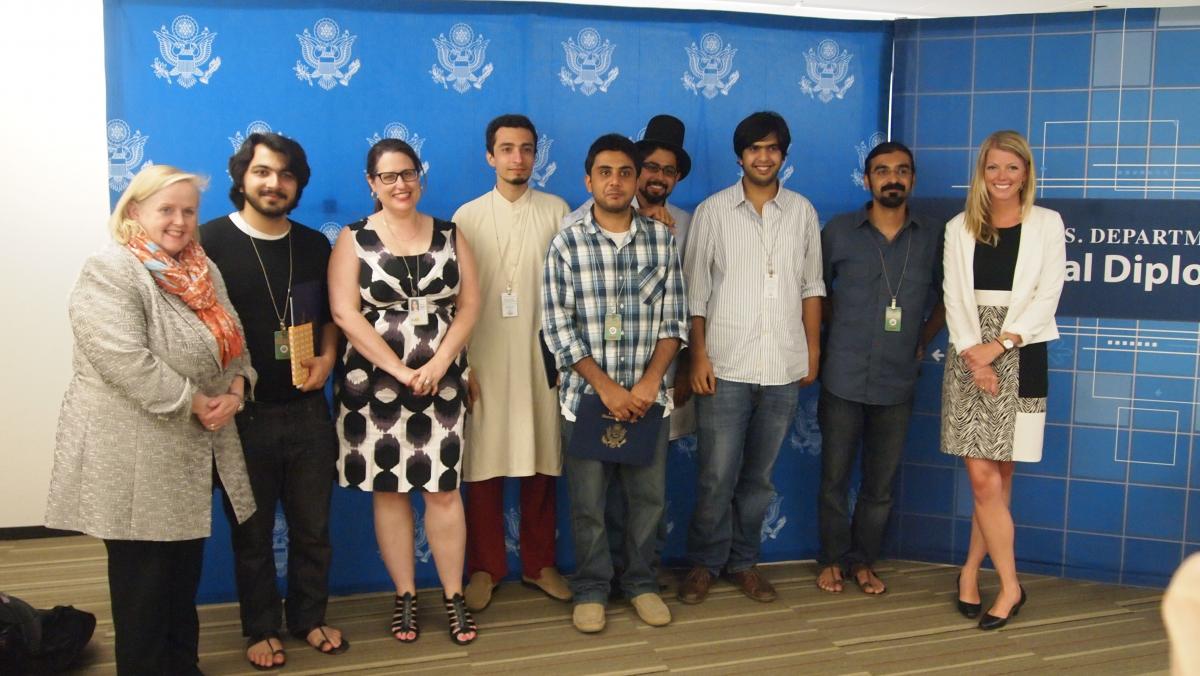 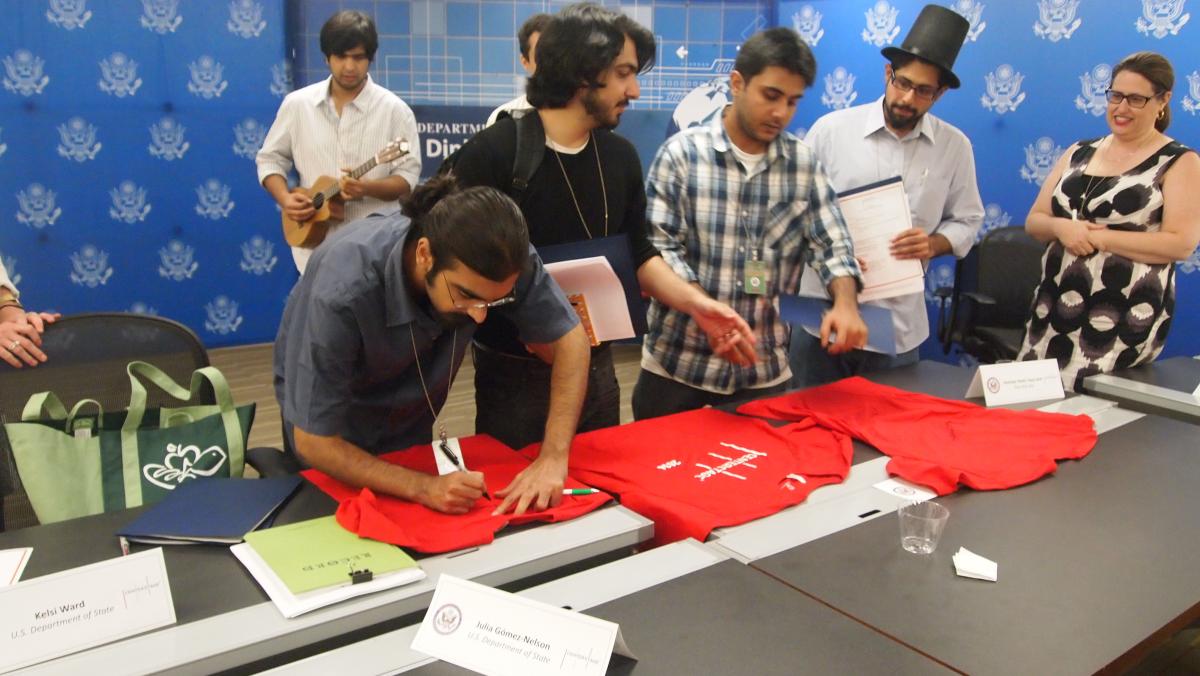 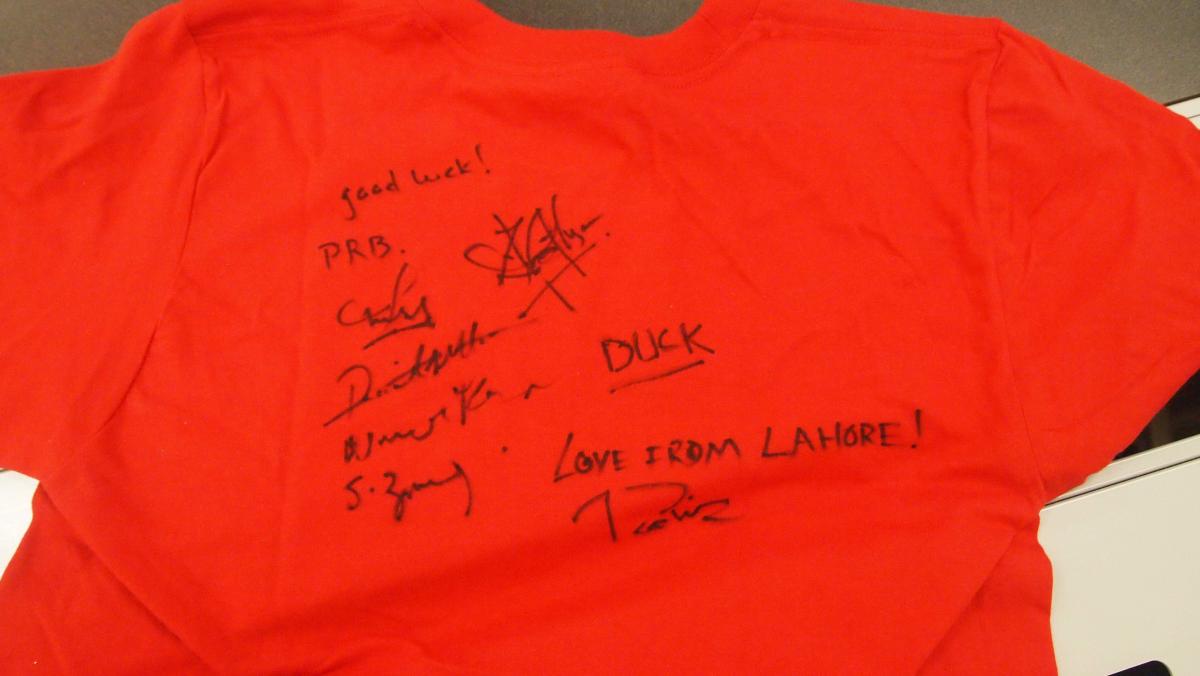 These guys can't go too long without singing - here they are giving D.C. a little impropmtu acoustic set on the walk back to the hotel. 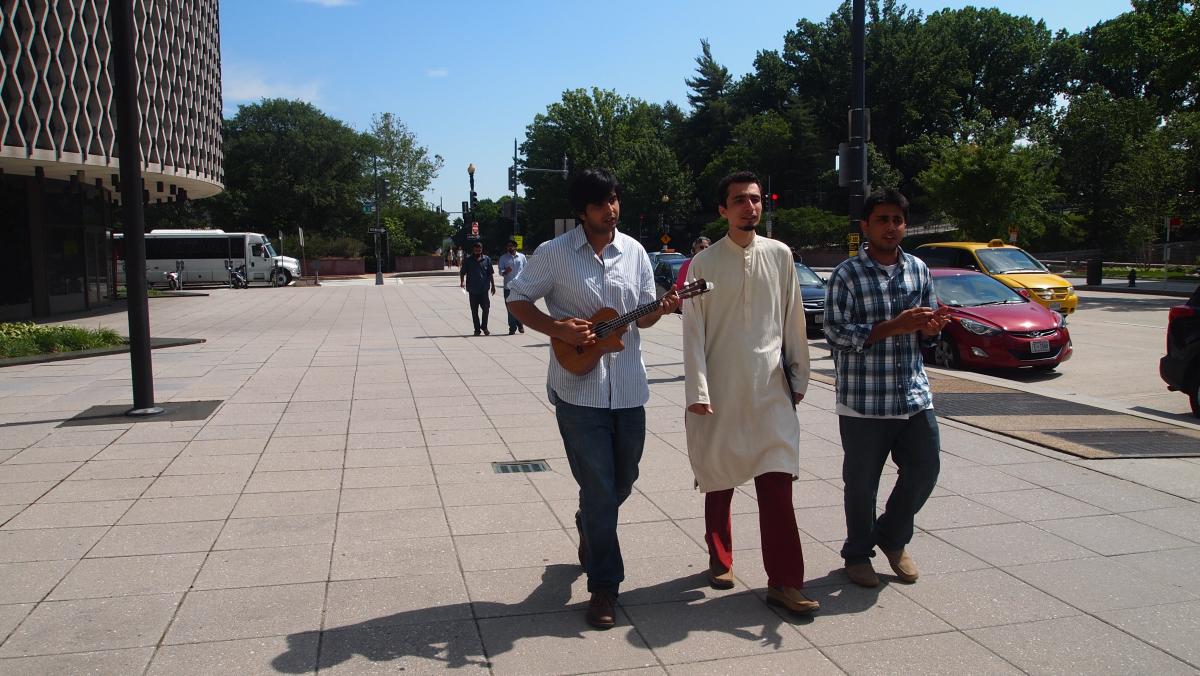 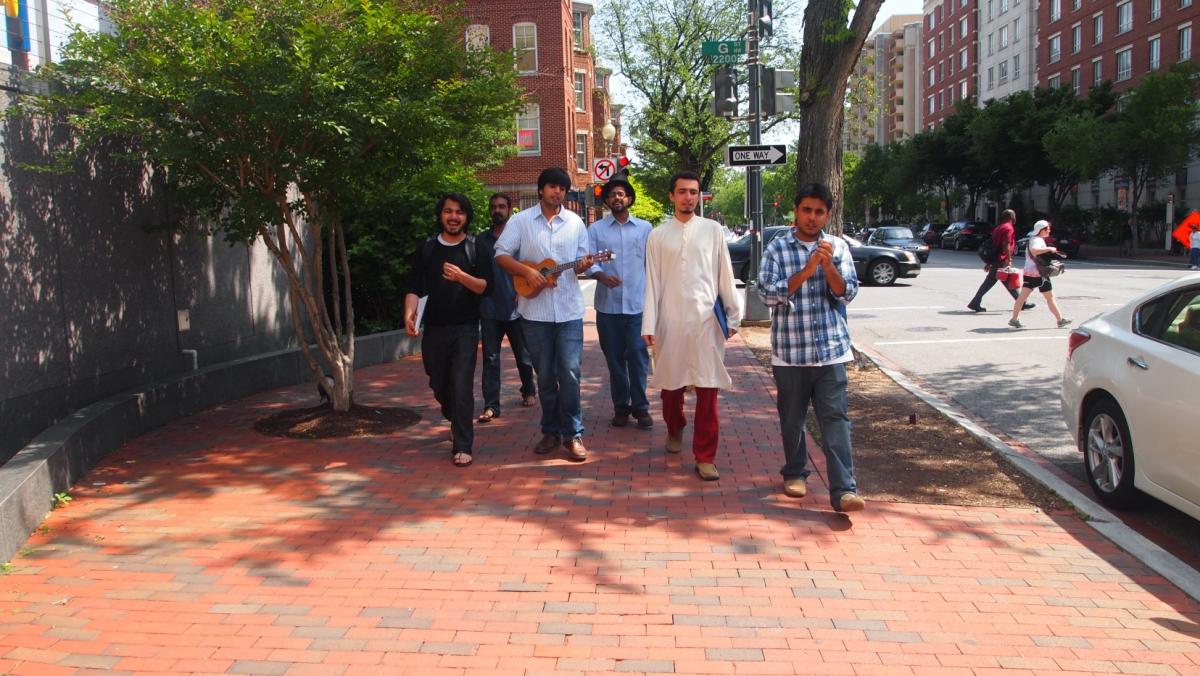 On Tuesday, June 3rd Poor Rich Boy made their U.S. debut at the Kennedy Center Millennium Stage for a crowd of 500. You can watch the performance here. They were introduced by Evan Ryan, Assistant Secretary of State for Educational and Cultural Affairs. 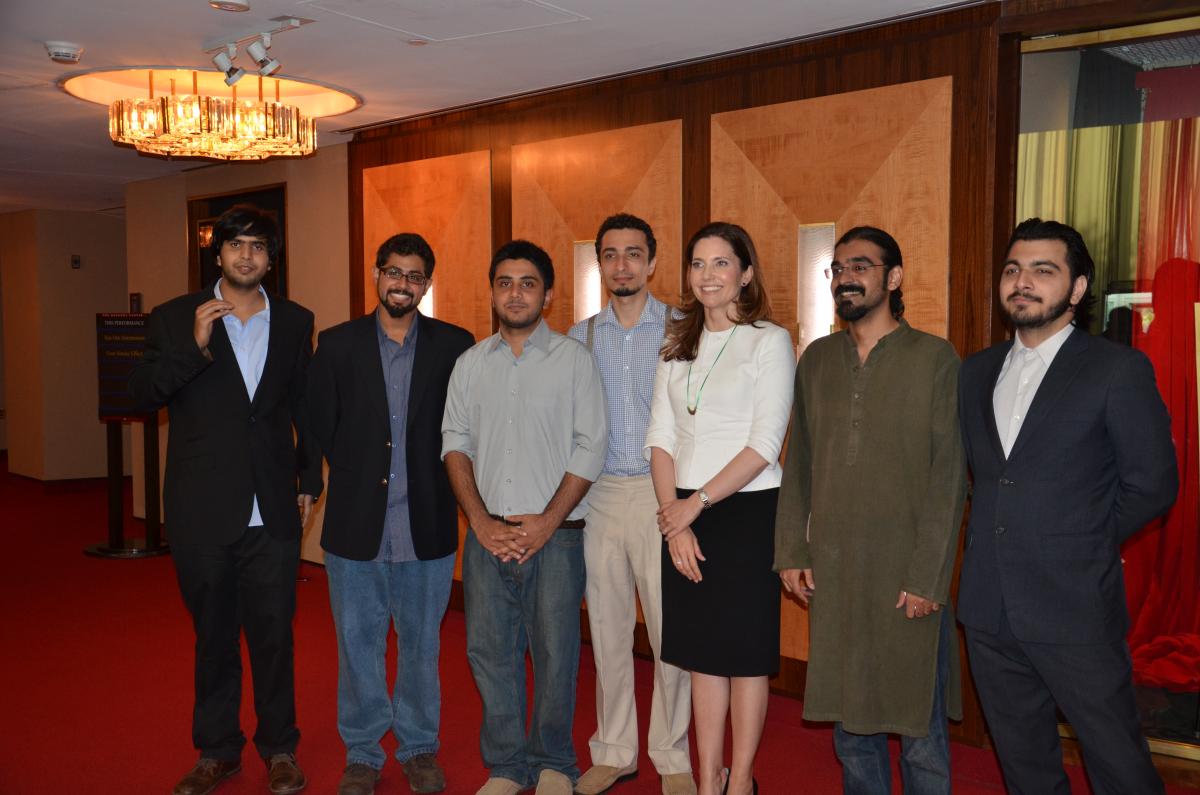 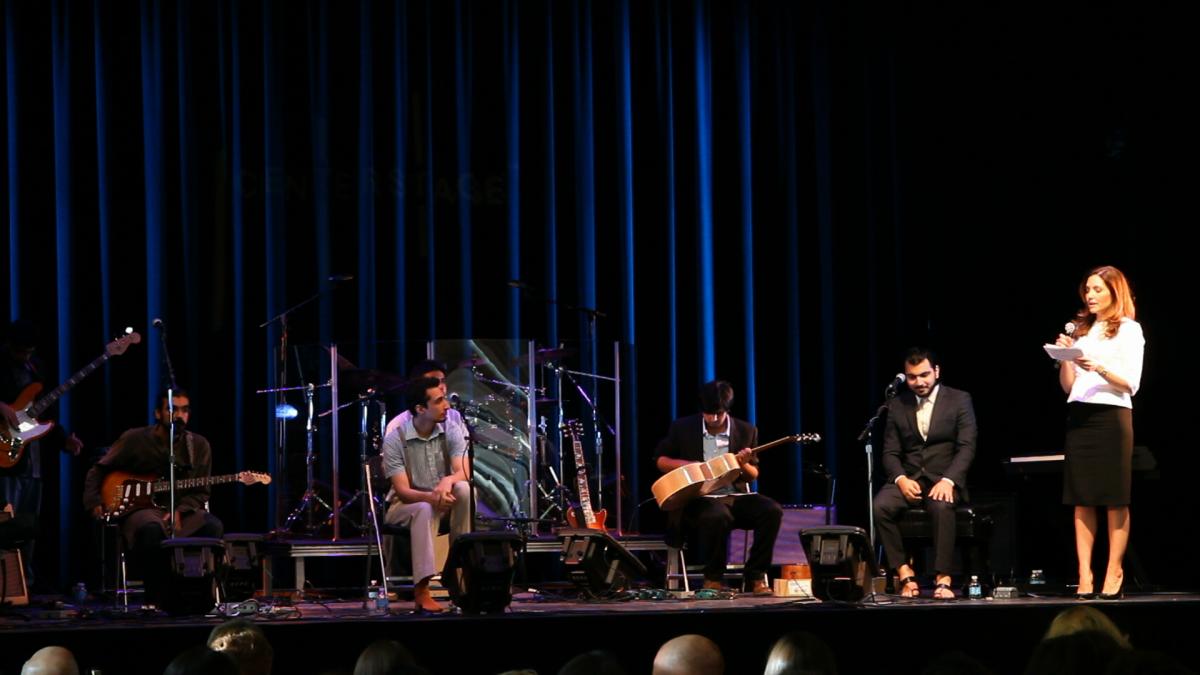 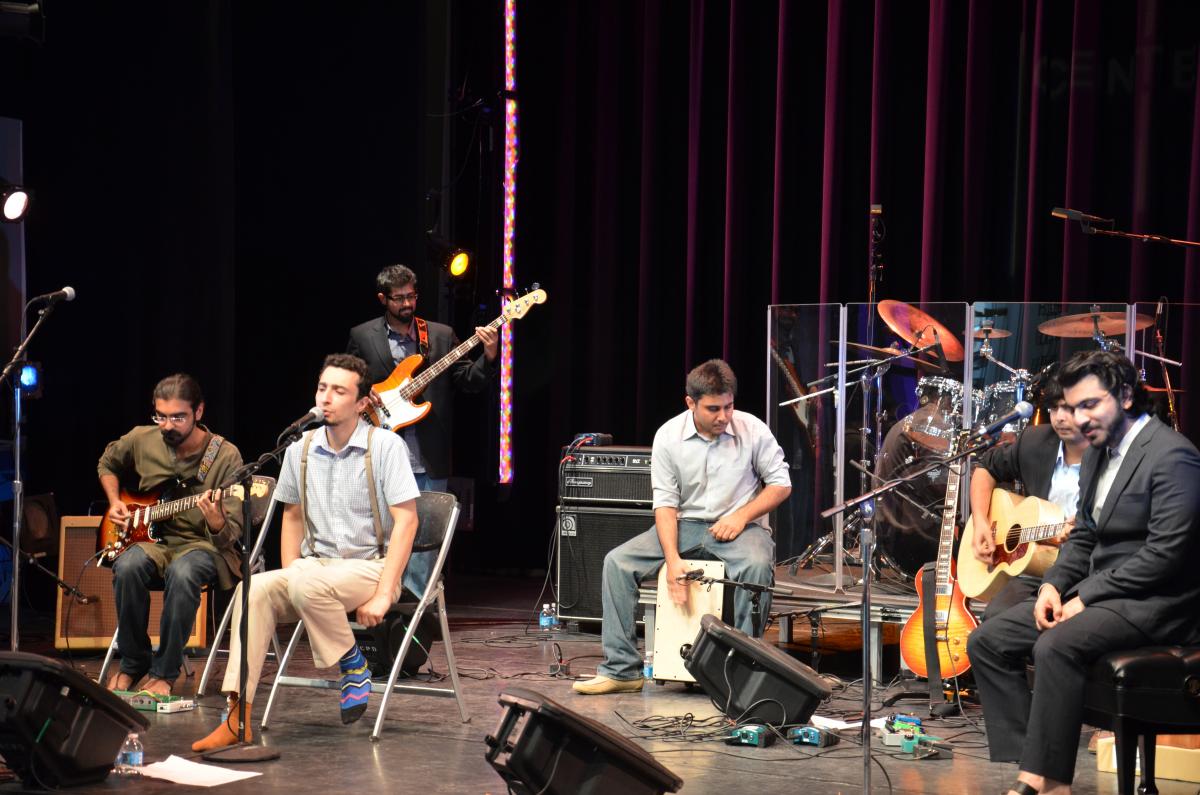 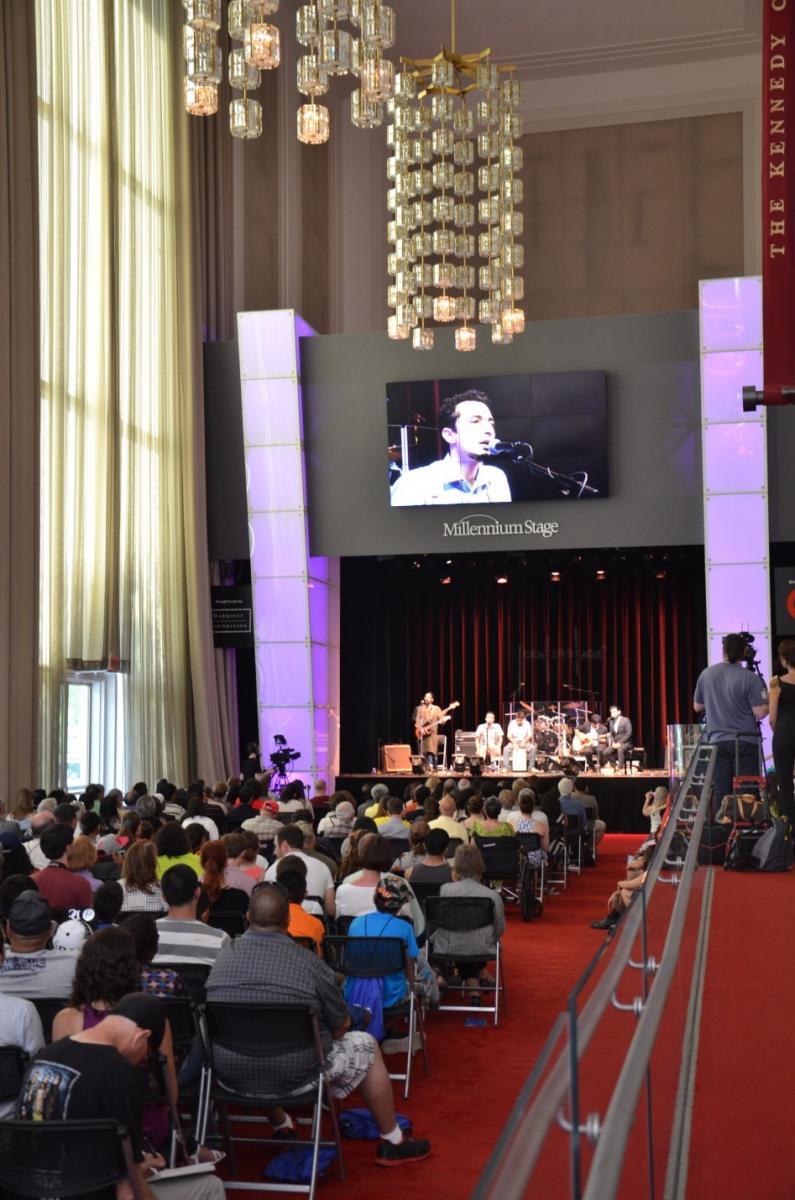 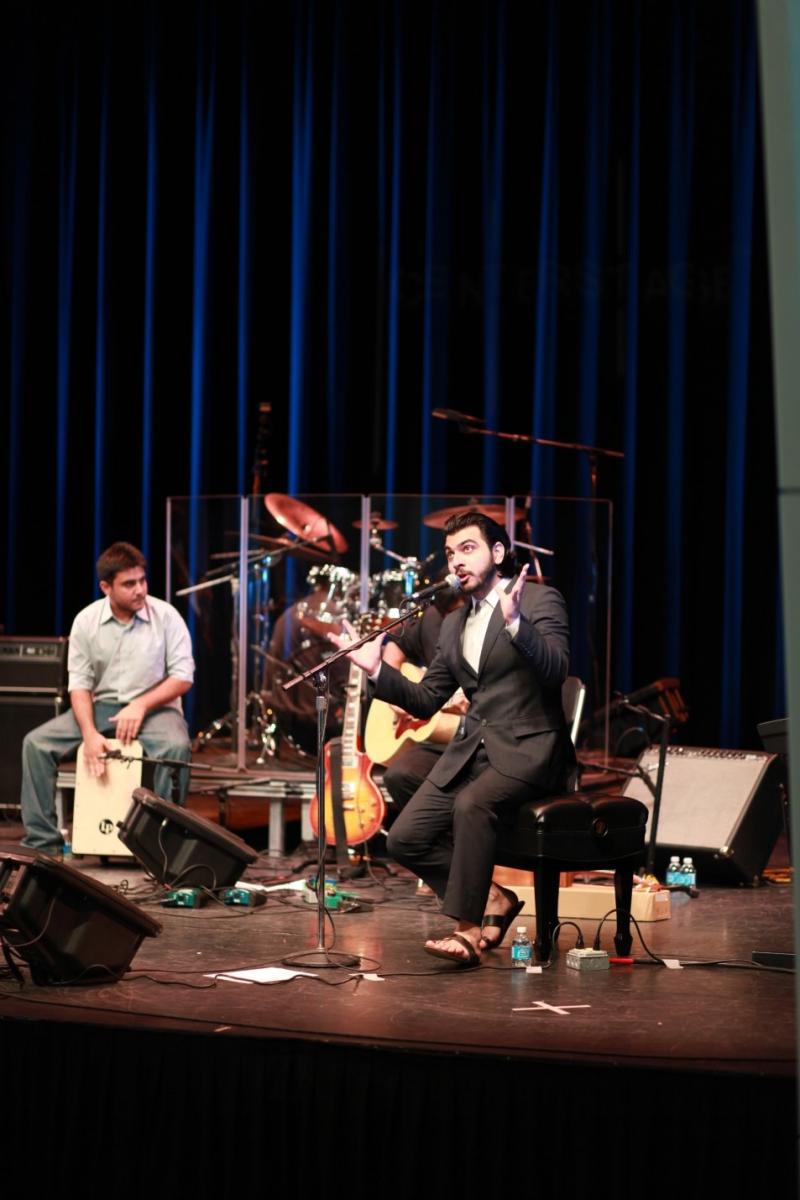 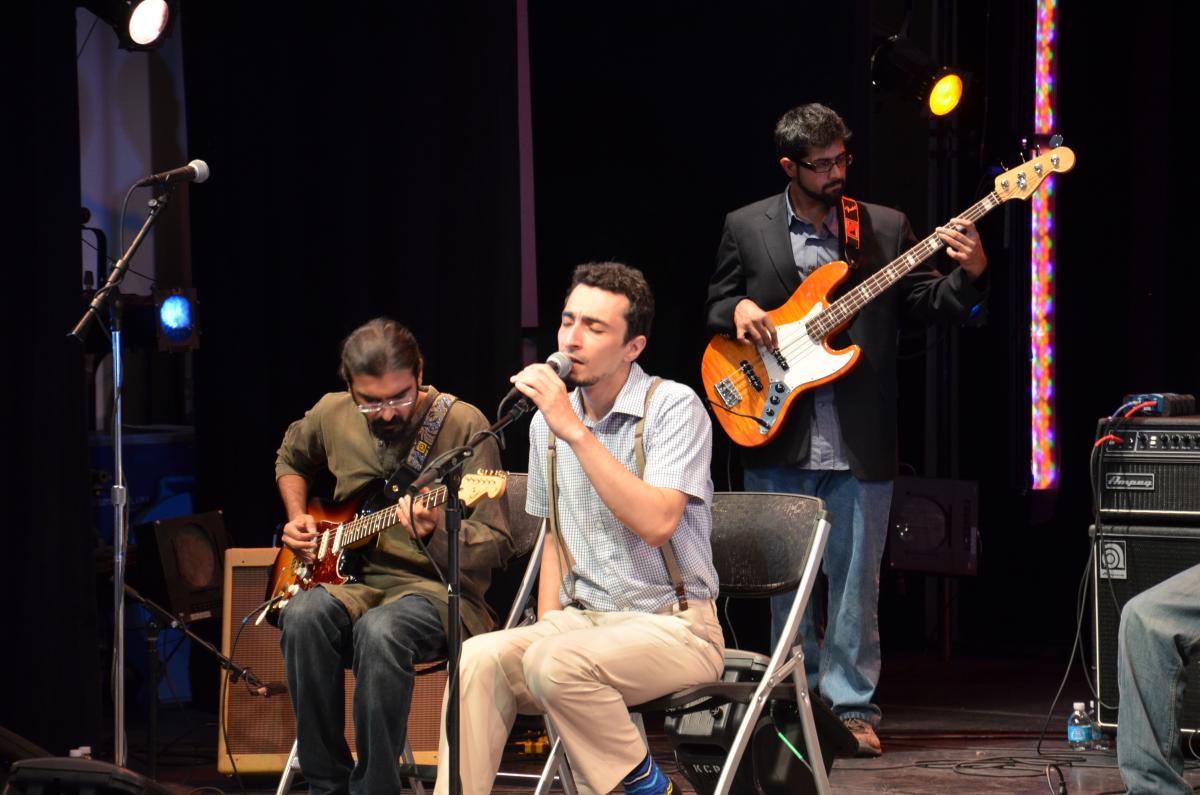 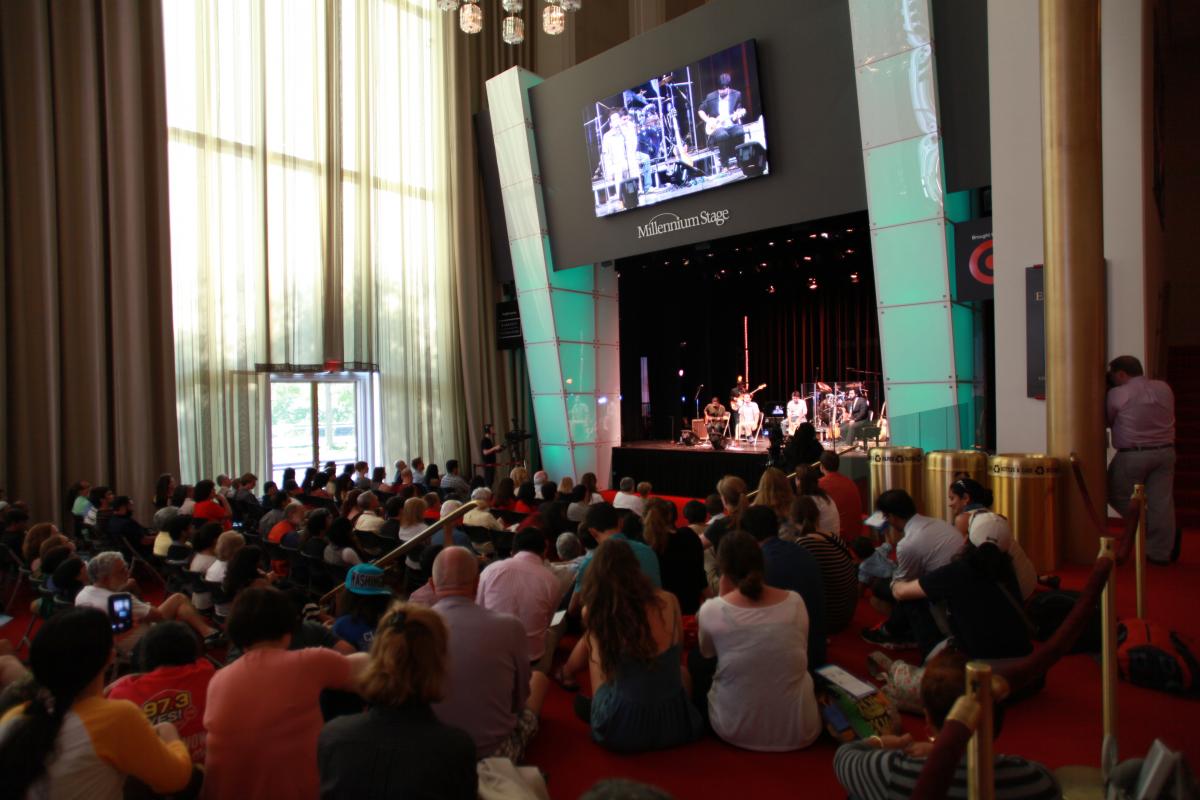 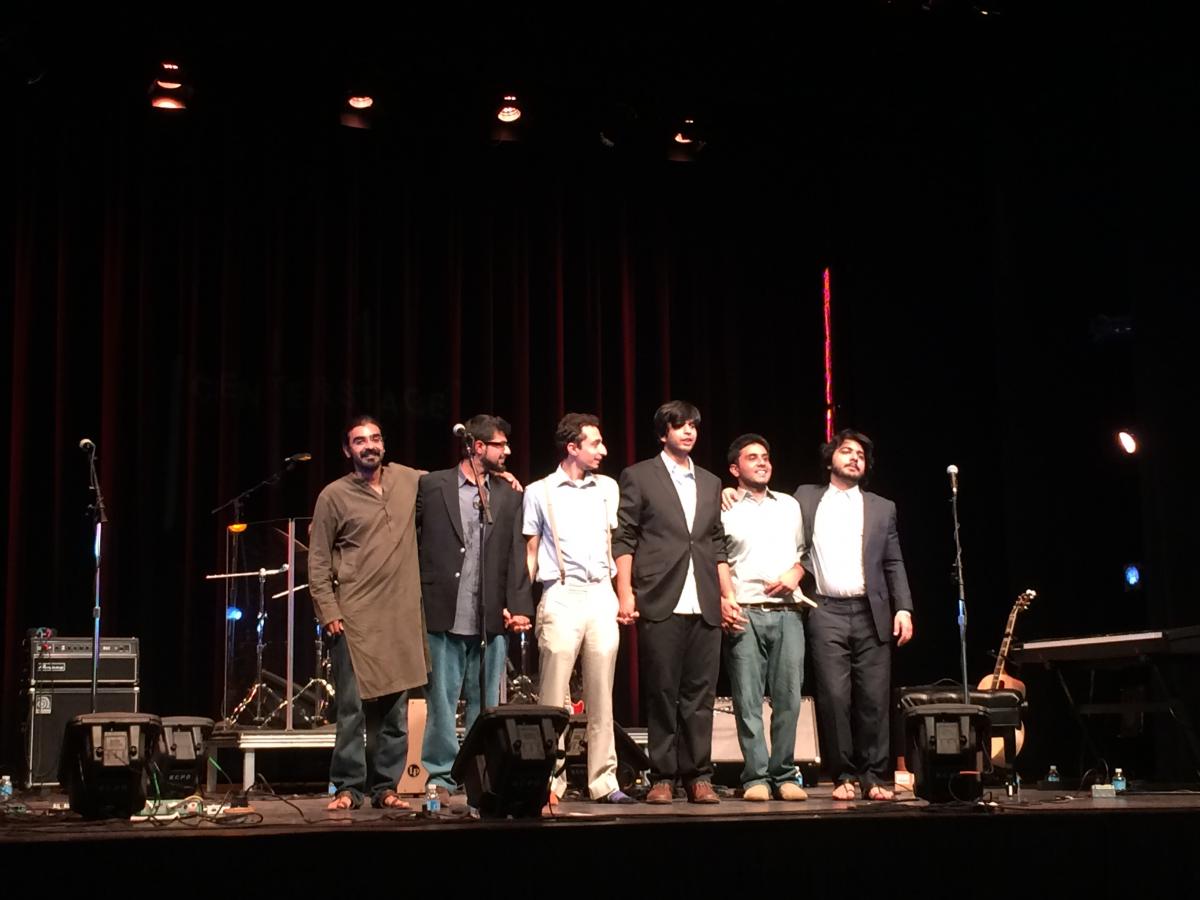 While waiting for the shuttle back to the hotel after the performance, the band was approached by an enthusiastic group from Texas who had just seen the performance. After signing some autographs, Shehzad hopped on their bus and said hello to the excited group of new Poor Rich Boy fans. 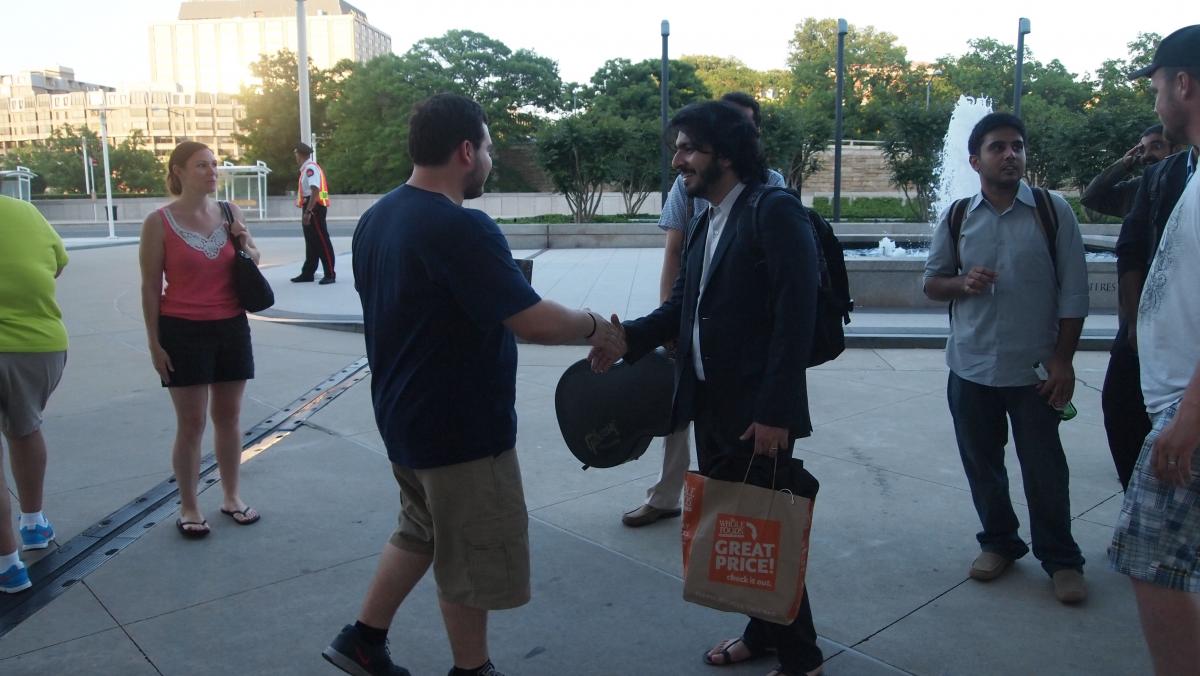 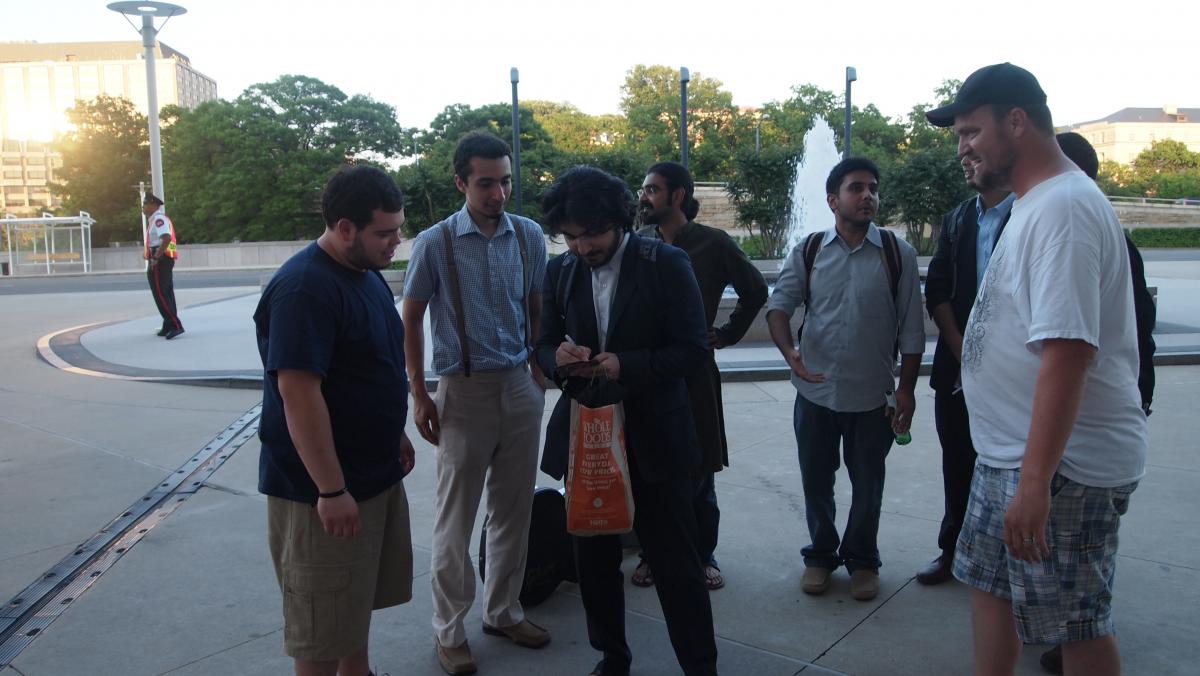 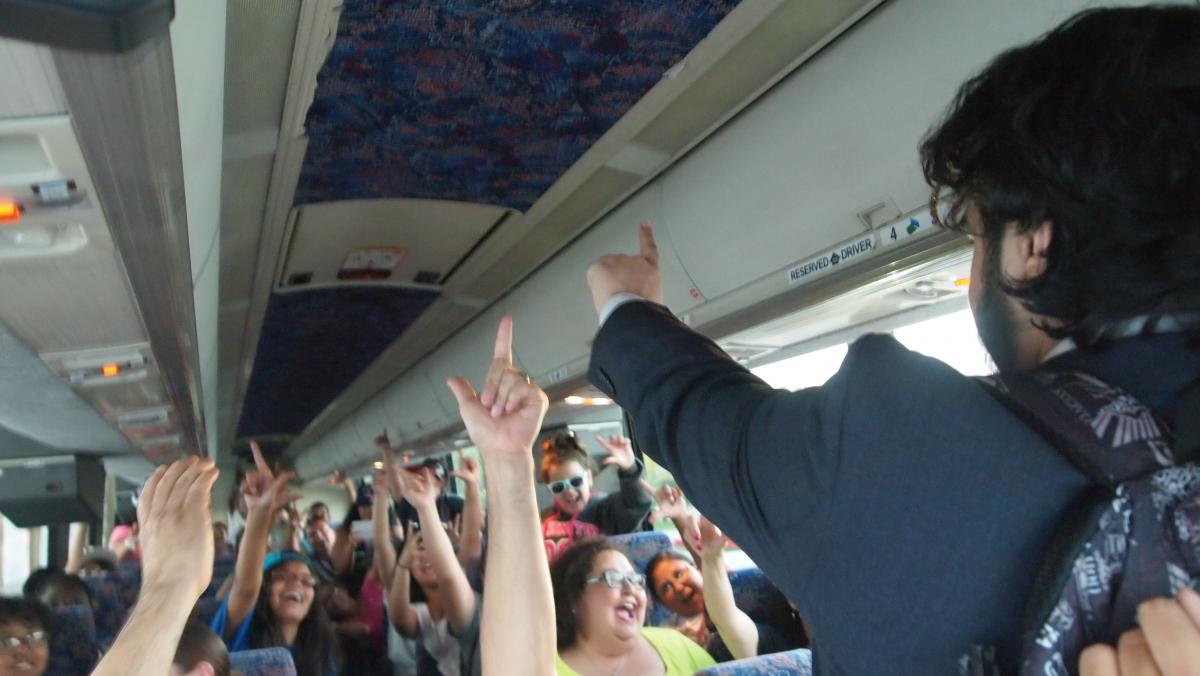 It was a wonderful way to cap off the band's first performance in the U.S.

After months and months of planning, it was a pleasure getting to know the band and see them perform live! 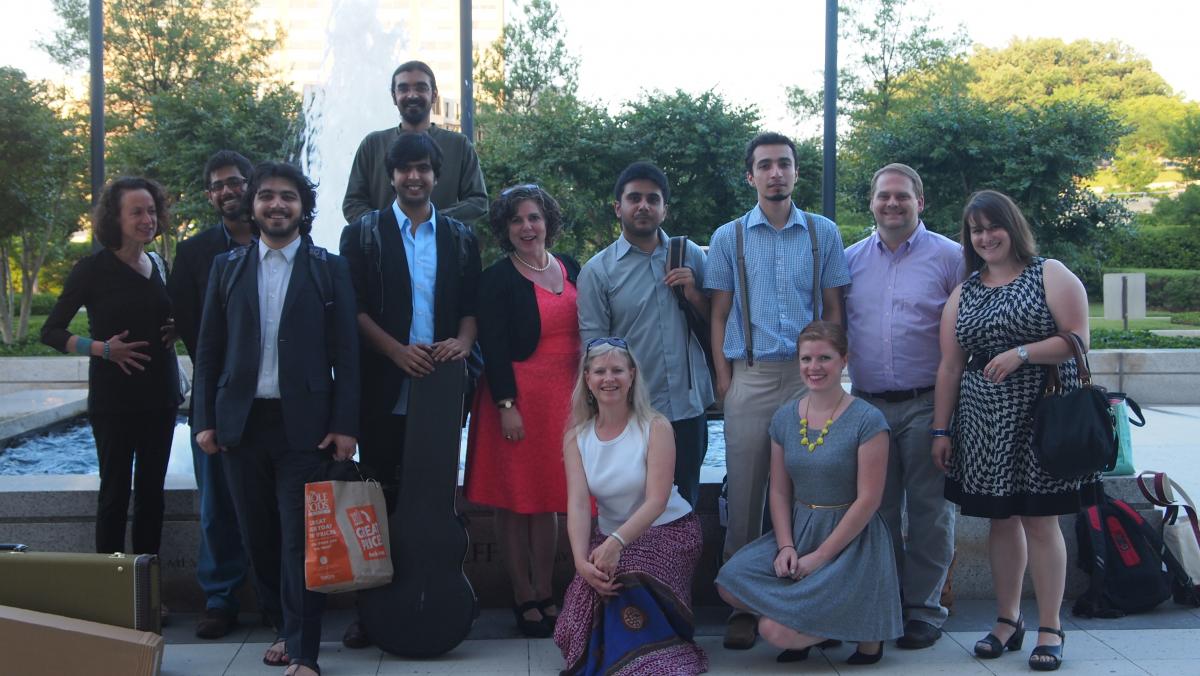 Check out our Events page for the details on the upcoming performances for Poor Rich Boy and our six other Center Stage ensembles.