Much More to Pakistan

Much More to Pakistan

It's been a month since I returned to Boston from Pakistan, where I had the privilege of representing NEFA as part of a delegation that met with artists under consideration for the Center Stage program. Two of my colleagues on the trip, Rob Richter of Connecticut College and Brian Jose of the College of St. Benedict and St. John's University, have already shared their thoughts in blog posts; we were joined on the trip by the intrepid Deirdre Valente of Lisa Booth Management, Inc., NEFA's partner in implementing Center Stage. It was an amazing adventure. 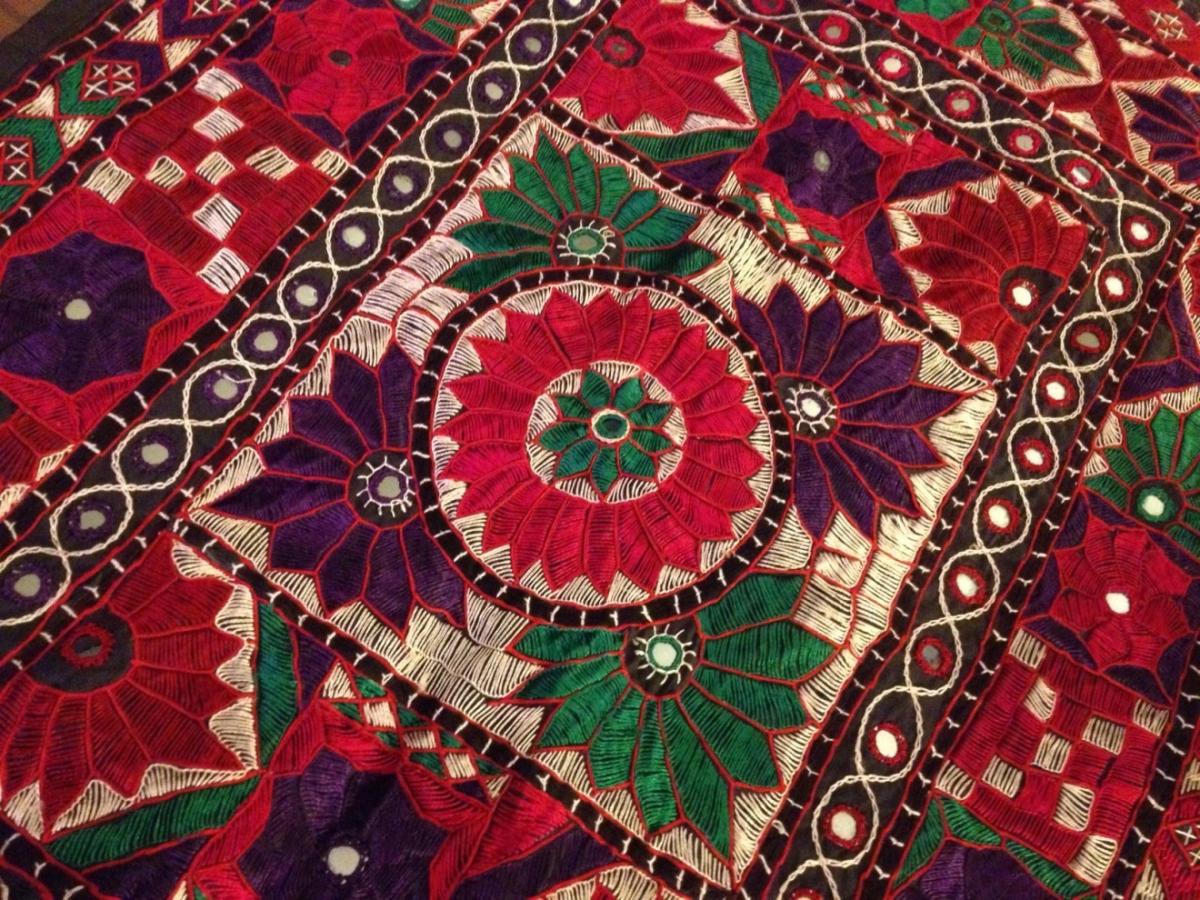 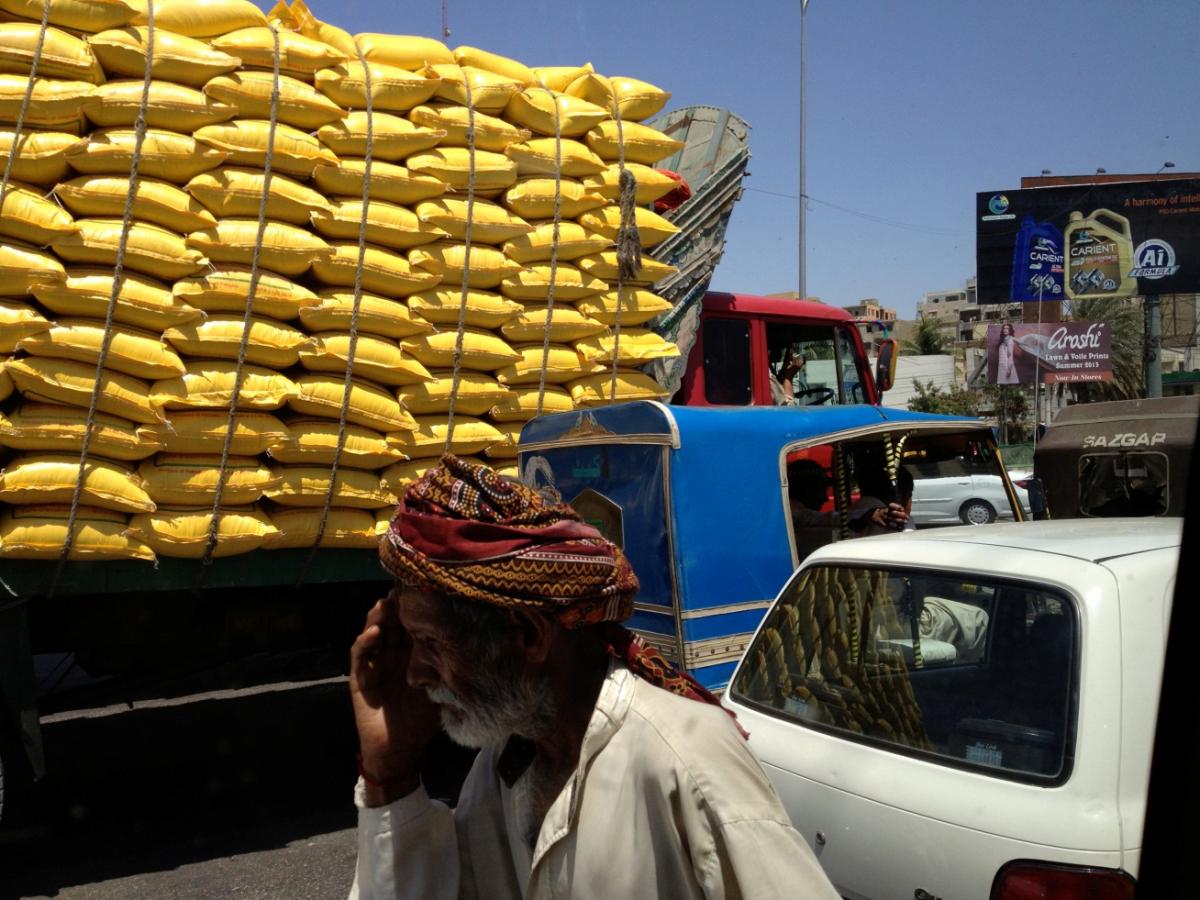 I knew going into the trip that there was much more to Pakistan than the extremism and political wrangling we see in the U.S. press. I figured that I knew maybe 5% of the reality of Pakistan. I discovered instead that I knew perhaps 5% of 5% of the complex reality of people's lives there. Pakistan is a country of incredible artistic richness and diversity, and the people we met there were courteous, curious, and so very interested in who we were and what we were about. Our main purpose was to meet with artists for Center Stage, but during our two week visit we also did 11 workshops with students and arts professionals, met with journalists, got to know the remarkable staff at the U.S. Embassy and Consulates, visited cultural sites, shopped, ate, slept (not quite enough), spent wonderful time with eight of the Center Stage artists from Season 1, and had the privilege of participating in the International Youth Alumni Conference, which brought together hundreds of Pakistani, Indian, and Afghan alumni of State Department educational and cultural exchange programs. 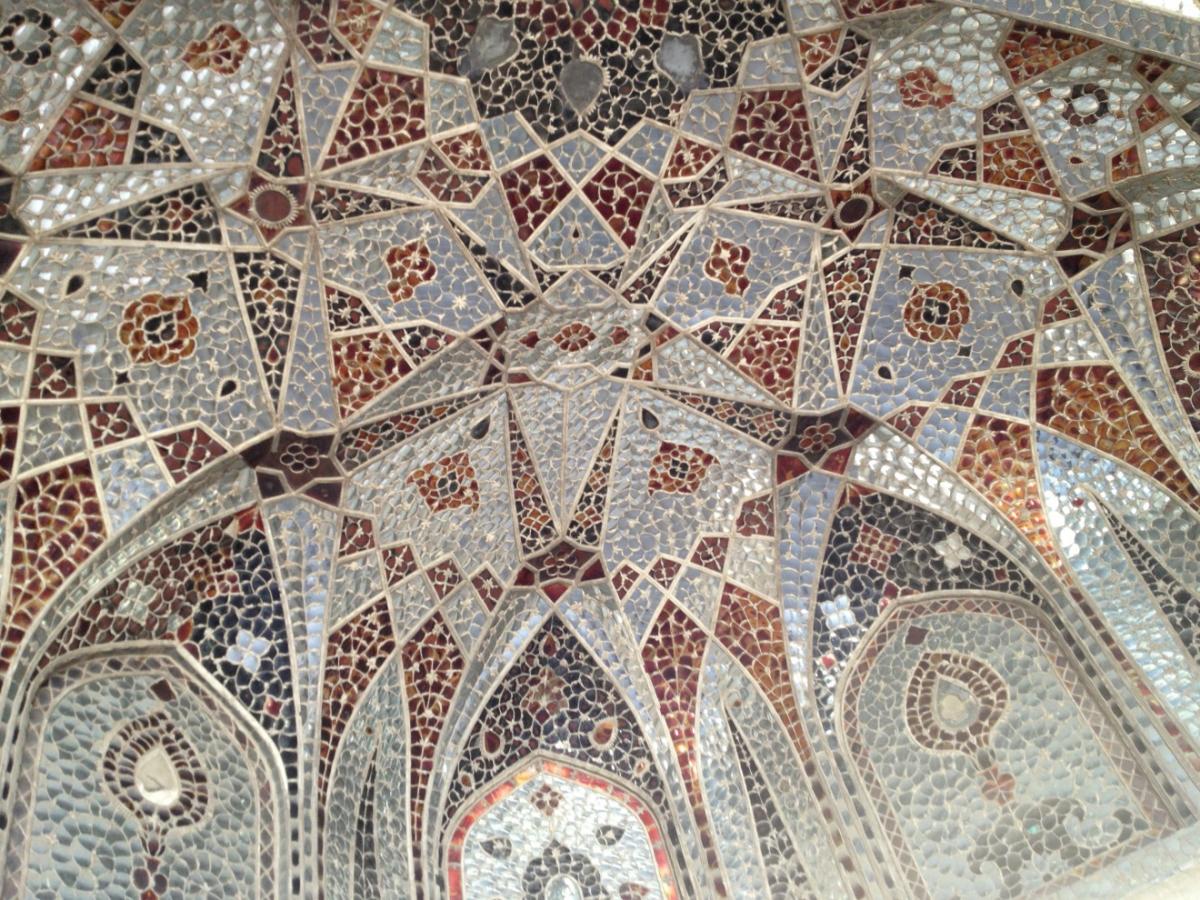 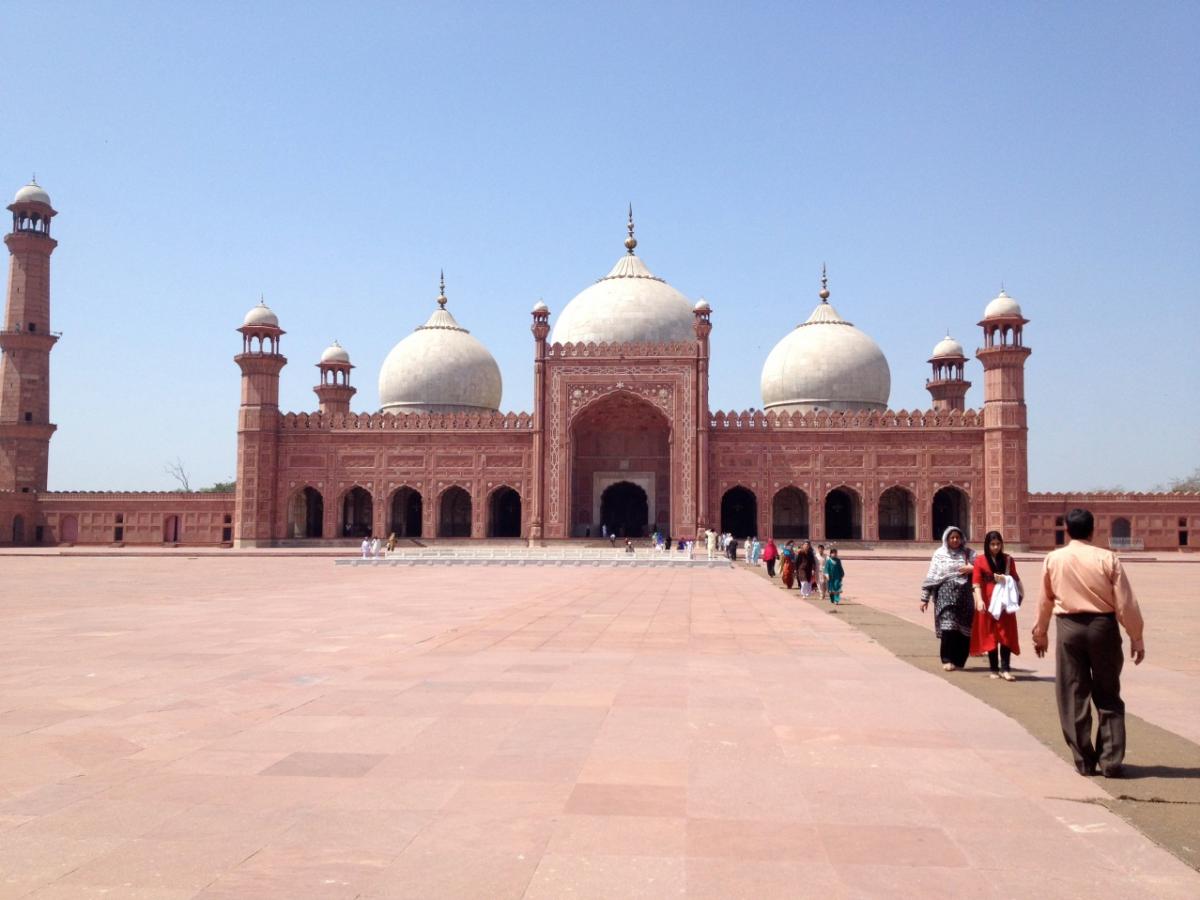 I kept reflecting on all of the astonishing people I had the privilege of meeting - the musician from Peshawar who spoke eloquently of music making as a form of resistance against extremism, the young singer-songwriter who returned after her education in Malaysia determined to bring a new sound to the Karachi music scene, the filmmaker who defied the threat of violence to create a stunning film on the music and natural beauty of Balistan, the young man descended from Afridi tribesman near the Afghan border who is emerging as one of Pakistan's most exciting up and coming rock and roll musicians, and the lawyer, jailed numerous times under past regimes for his political point of view, who insists that it is crucial not that he be brought to the U.S. to speak about his experiences but that Americans come to Pakistan to learn more about life as it is there. And so many more. 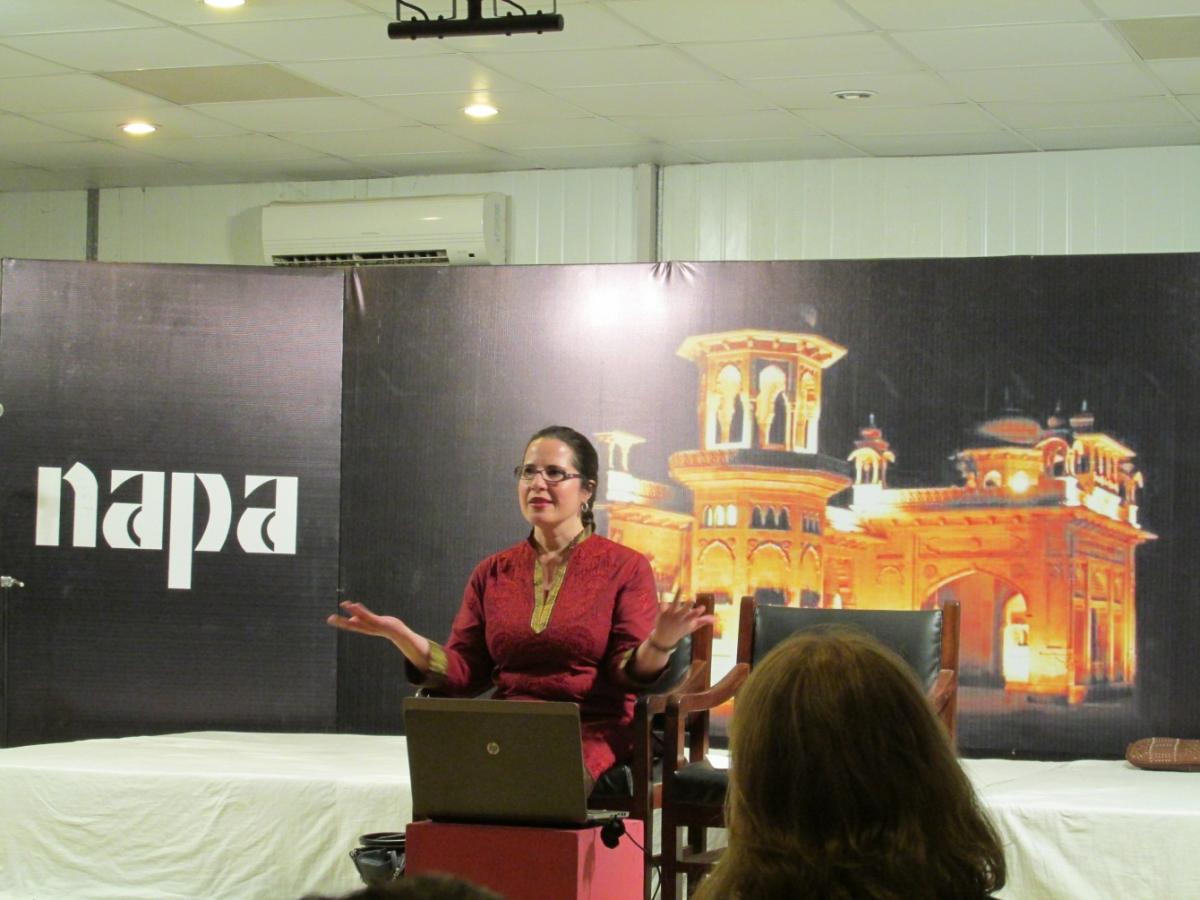 Presenting at the National Academy of Performing Arts, Karachi 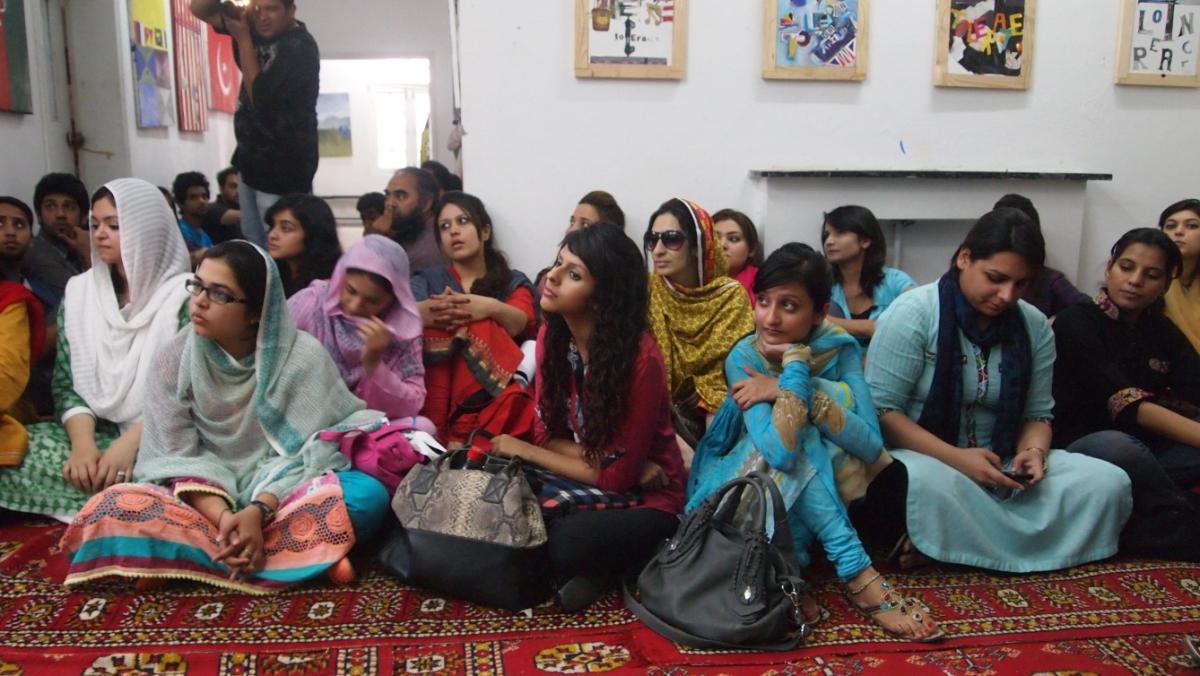 Everywhere I went, I found people so intellectually engaged and well informed. For me, the trip brought together varied strains of myself that are often compartmentalized, and it was a joy to bring them together. When Ali Chauhan of the U.S. Consulate at Karachi discovered that I am a trained opera singing in addition to the fundraising and development work I do for NEFA, he asked whether I might be willing to do a workshop on American opera for some students in Karachi. Little did I know this would turn into a workshop at the National Academy of Performing Arts, for a room of engaged and curious students who had never heard an opera singer live and were so interested in what I had to say, asking question upon question upon question. Unbeknownst to me the national press covered the workshop, much to the delight of my family and friends at home, and I had the pleasure of repeating the workshop for another group of brilliant students at the Hunerkada College of Visual and Performing Arts in Islamabad, where my rapt audience included the director's seven year old daughter and three year old son. Family is so important to people in Pakistan, and it was beautiful to see children lovingly included in all manner of activities. 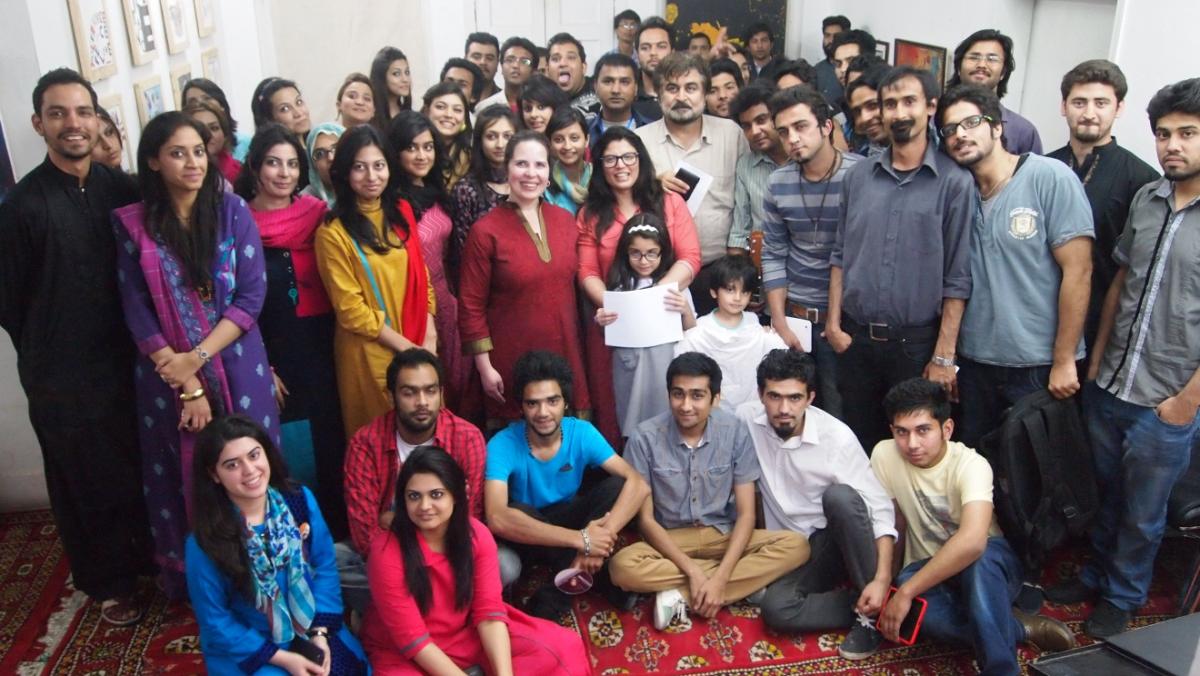 With students at Hunerkada after the opera workshop 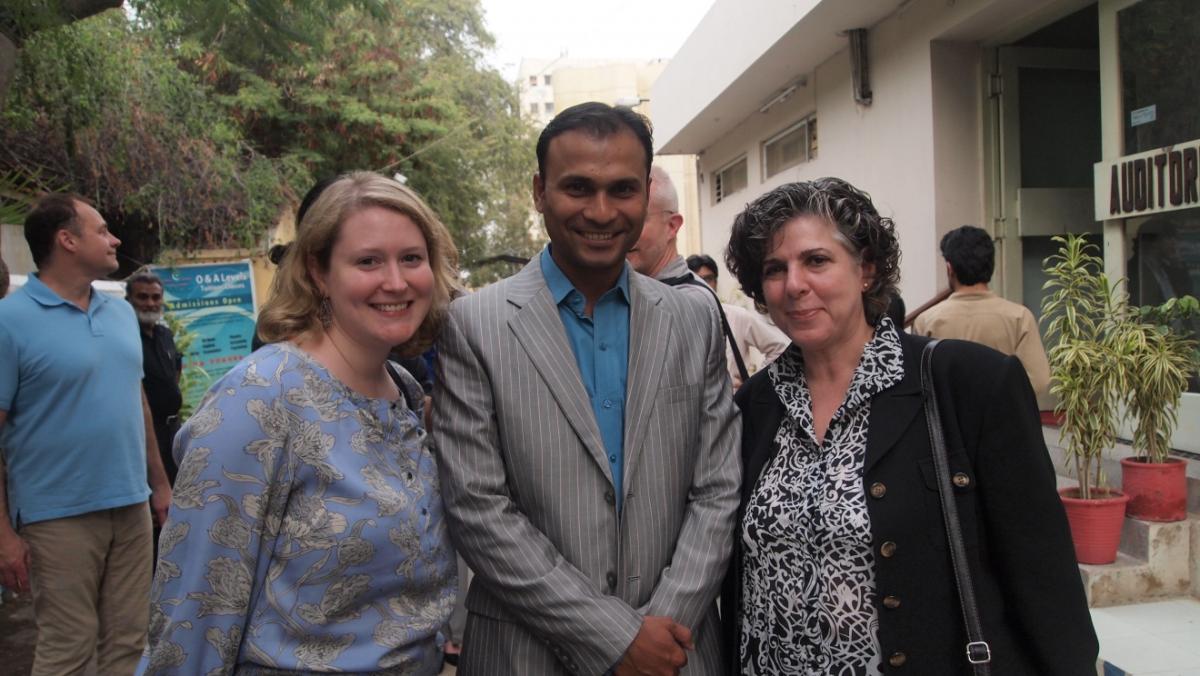 Kristin Haworth and Ali Chauhan of the U.S. Consulate in Karachi, with Deirdre Valente of LBMI 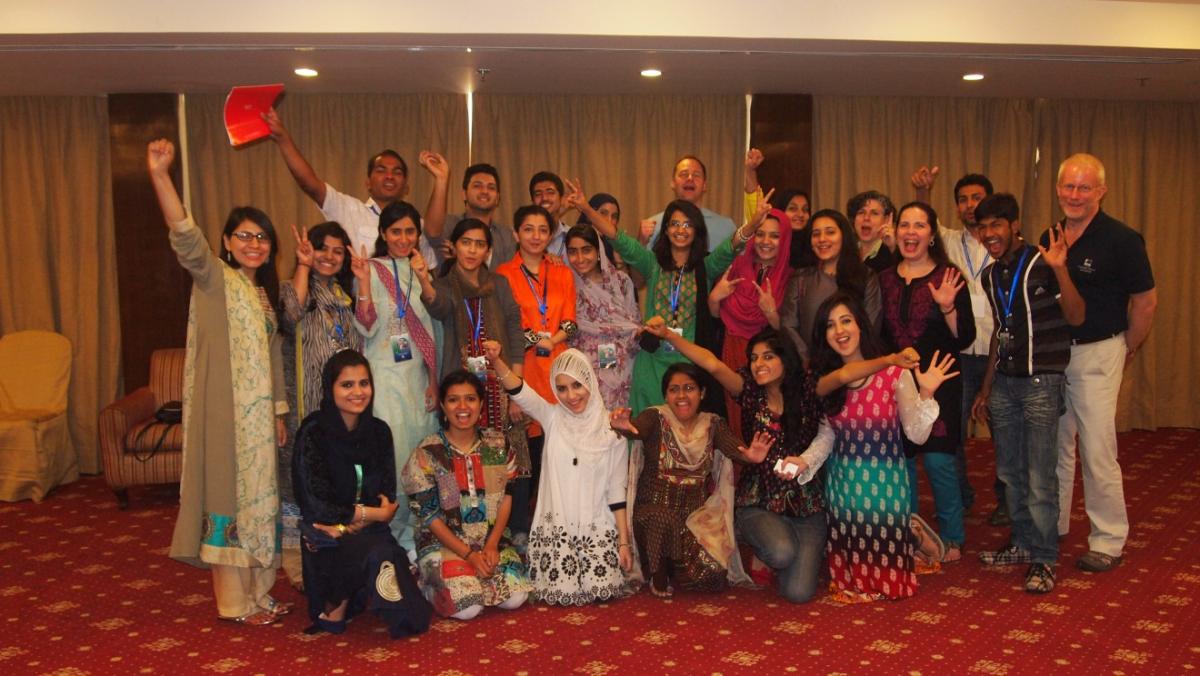 For our first meeting with artists, Taimur Rahman and the band Laal hosted us at his mother's home in Lahore for tea, pastries, conversation, and an impromptu concert at the end of our meeting. While they were playing for us, the lights went out mid-song, and they all just kept playing, in the dark, without missing a beat. It was such a striking moment, one full of such sweet magic, and I felt privileged to have experienced it. And then it happened again and again throughout the trip - the lights go out all the time, due to power outages and load shedding, and people just keep on doing what they were doing, talking, eating, shopping, what have you, until the lights come back on. For me it became a metaphor for how people live and create work in Pakistan. Artists are working in an environment of significant political challenges and often scarce resources, and they just keep going when the lights go out or resources are short or violence intervenes - and the best of them just keep going, drawing on their incredibly rich history and their sense of community and their determination to create.

And so I salute all of the artists of Pakistan, and all the wonderful people I had the pleasure to meet, and I thank you for your warm and gracious hospitality in welcoming us to your country. I look forward to returning some small measure of that hospitality when Center Stage brings artists from Pakistan to the U.S. in 2014. 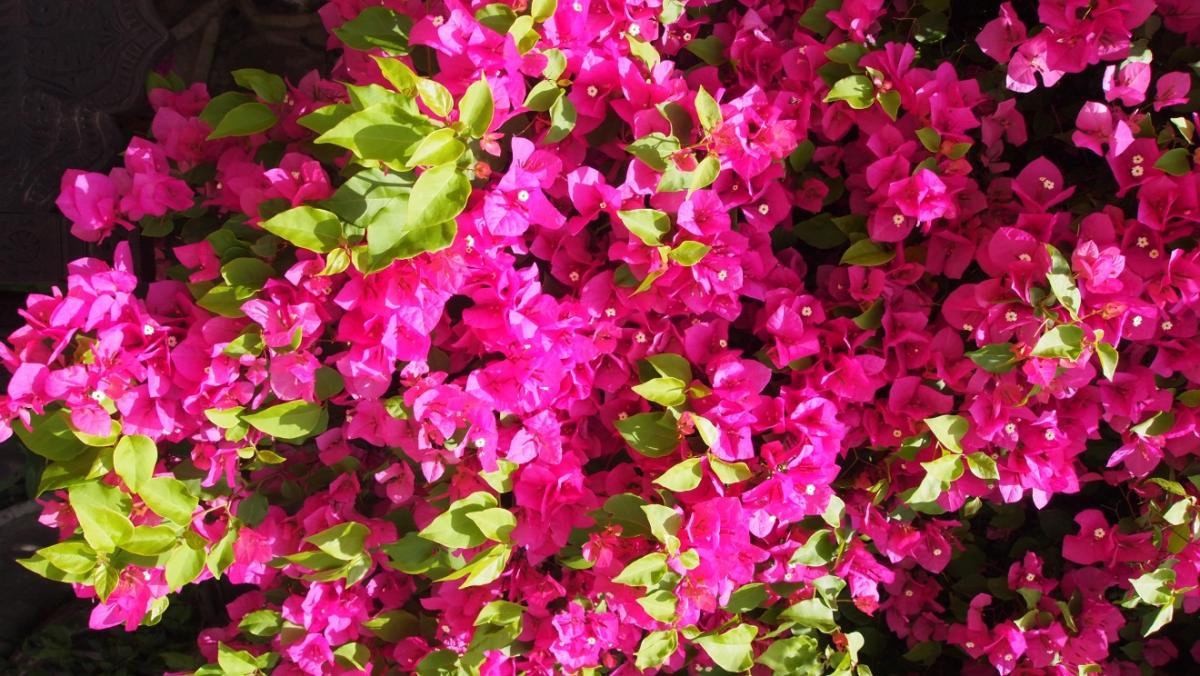 All photos courtesy of the author, Sarah Long Holland