The blog was reposted with permission from Monkeyhouse. See the blog in its original form here. 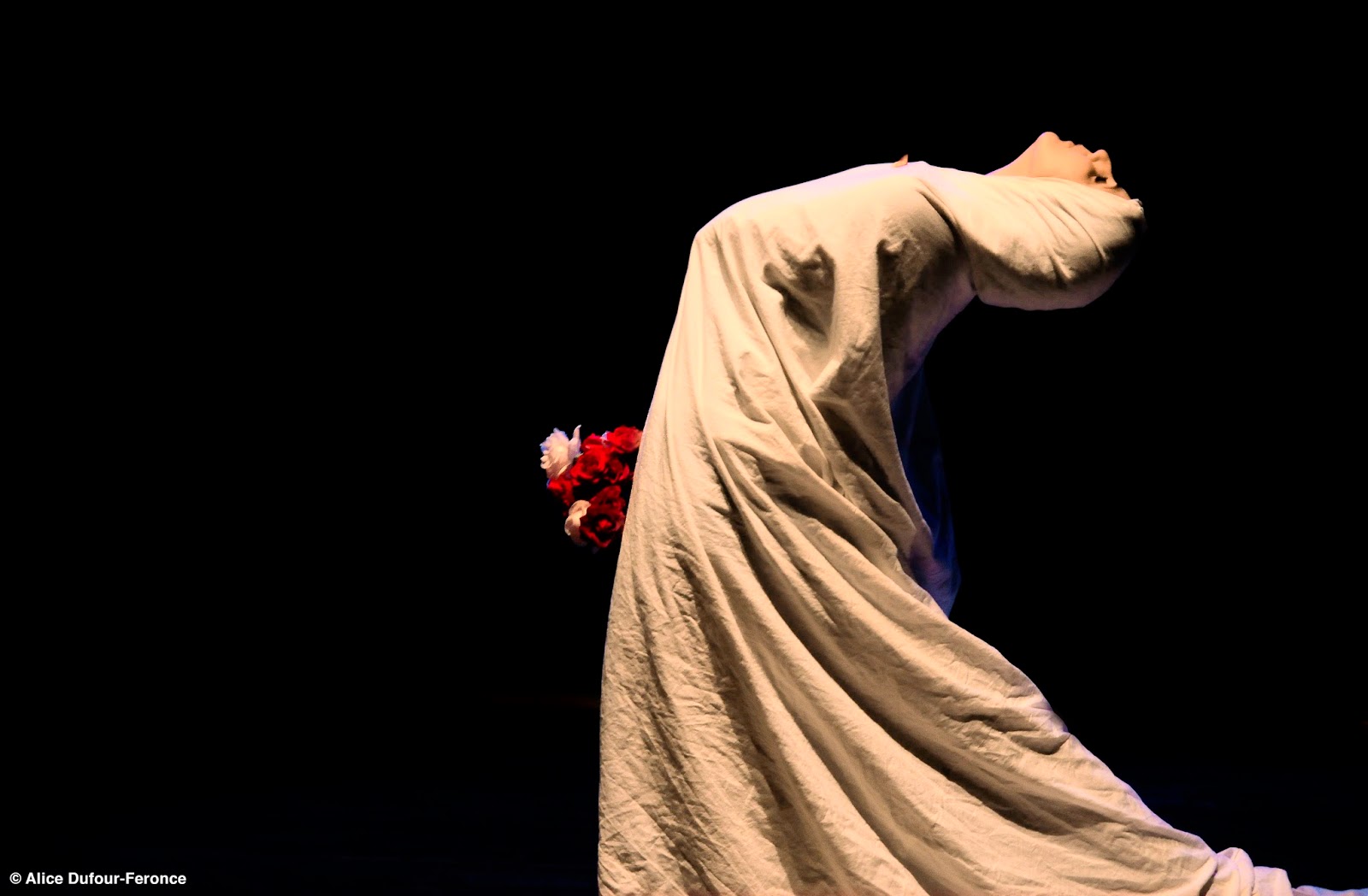 Have you ever started on a walk or a journey and been surprised by where you ended up?

Oddly enough, our Fleur D'Orange residency began with a series of walks. As you may remember, I ended my sabbatical in 2008 by attending the choreographers' workshop at Jacob's Pillow. I felt so emboldened by my experiences there and during my year off that I applied for a fellowship through the Somerville Arts Council. (Psst, if you are interesting in applying for this grant, the deadline is October 15. More info, here) My proposal was to explore how walking through Somerville with various people and by myself might inspire new directions for my work. I was delighted and a tiny bit surprised that I was subsequently awarded a fellowship from the SAC in 2009.

At the time, Jason was working for Actors' Shakespeare Project in the Armory building. During Open Studios, we walked up to the Armory and Jason introduced me to the staff at the University of the Middle East who suggested that we apply to be part of a delegation to Tiznit, Morocco as part of a Sister Cities project. The idea of walking around Morocco with representatives from Somerville, including Mayor Joe, was a little intimidating but seemed to be a fabulous way to culminate my year of investigation. My parents and Jason encouraged my to push beyond my insecurities and fill out the application. Once again, I was startled to be accepted into the delegation. Then the concern was how I was going to find funding to cover the transportation costs of getting to Morocco (the rest of the trip was covered through funds from the State Department and the City of Tiznit). Before I could even begin the fundraising process, my parents called to offer to pay the entire amount. because they were so proud that I was extending my creative focus to a project focused on person to person diplomacy.

Our trip exceeded my wildest dreams. We were treated like visiting royalty and our tour buses were frequently surrounded by photographers and local media. We met with several visual artists and musicians but in spite of my best efforts, we could not seem to find any dance companies or choreographers. Don't worry, though, there was plenty of dancing at the dinners and galas. There is also a pretty wonderful story about buying a necklace and realizing that I am not as trusting or as open minded as I had previously thought...but I digress.

Our delegation included a group of Somerville public school teachers. One of them, Karen Comeau, approached me after we returned home about collaborating with her then 4th grade classroom to find a way to keep the Tiznit-Somerville connection active. Karen and I created an after school program called Moving for Meaning that utilized choreographic exercises to help the students learn to express themselves better and then generated videos to exchange with a school in Morocco. It was a magnificent project but I still yearned to find a Moroccan choreographer when I was invited to participate in my second delegation to Tiznit in 2011.

I will spare you the hilarious story of my 54 hour adventure of flying to Tiznit by myself just hours after we loaded out from the first Against the Odds festival (but do ask about it when you have an hour to spare...my students at Impulse say it is one of my best stories.). The ridiculous travel mishaps were well worth the experience of meeting Mina, a teacher who has created one of the first all deaf classrooms in Morocco. The other big highlight was getting to lead a group of 60 people ranging from age 6 to adult through some choreographic exercises in a library. It was cramped and chaotic at times but I was stunned by everyone's willingness to improvise and play. The only downside to the trip was that I still could not find a dance artist in Morocco.

So let's fast forward to this last winter. During one of the gigantic snowstorms, I was stuck at home checking my emails. It was a dreary afternoon and my heart ached from the desire to just be able to sit and share hot chocolate with my mom and dad. I was feeling rather adrift as i clicked open the email from the New England Foundation for the Arts about the Center Stage program. As soon as I saw that Morocco was one of the countries touring the US, I immediately checked to see if they had found a dance company. It is possible that I actually shouted when I saw, Fleur D'Orange listed. 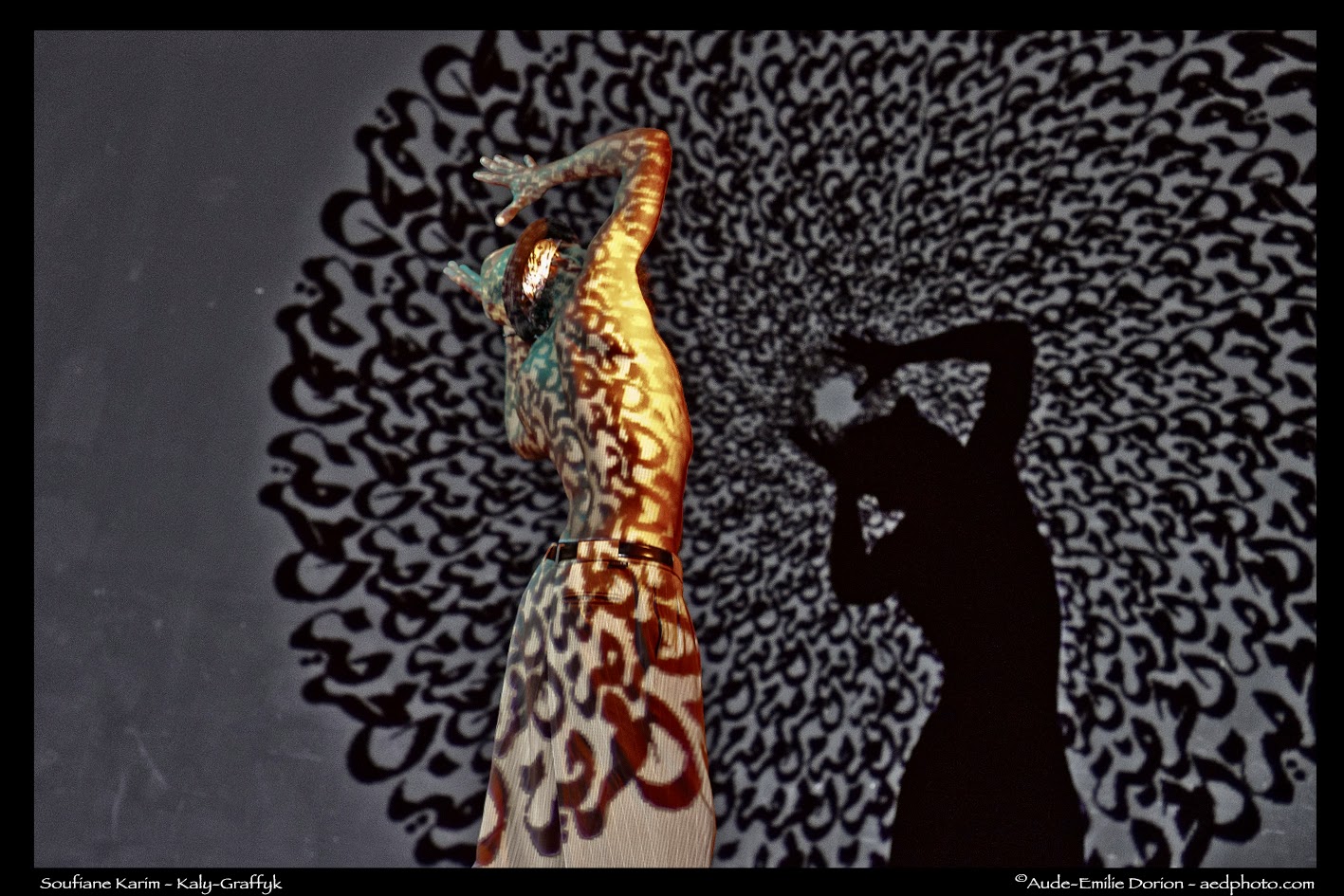 Once I began researching Hind Benali, the Artistic Director of Fleur D'Orange, I was fascinated. Her artistic statement began, “I made a decision. I had to dance and that meant I had to fight.” It continued, "This determination, coming from within a culture where women do not dance publicly, took her south to sub-Saharan Africa, rather than the more typical path to France and Europe, for inspiration on how to become a contemporary dancer. Using her African experiences as a springboard, she has taken modern dance to public spaces in Morocco—historic sites, city parks, and theaters -- has founded and produces an international dance festival (one of the very few in her homeland), and teaches and provides a creative home for many of Morocco’s contemporary, beat and hip-hop dancers and musicians."

For a few minutes, I was frozen. My mind was racing through ideas of how we might be able to craft a residency for this visionary woman that would focus less on a performance and more on sharing her ideas with large communities of people. I ran through all the times that Monkeyhouse brainstormed about how to improve the touring process when we were on the road. Before I knew it, I was on the phone with Kim Holman from Luminarium to see if my idea sounded crazy. She loved it and suggested that I propose the project to the Arts at the Armory. As I hung up the phone, I felt the presence of my family alive in me; sort of like how you can sometimes feel that you are making a facial expression that you have seen on a loved one's face. My parents relished bringing together a diverse spectrum of people to debate and exchange ideas. They regularly hosted visiting intellectuals and scientists at our family dinners. As overwhelming as it seemed to curate a residency for Fleur D'Orange in between their appearances at the Kennedy Center in D.C. and the Baryshnikov Center in New York, it would be worthwhile on a personal level to feel I was honoring the legacy of my family.

I still can't quite believe that this project is about to come to fruition or that we have such a phenomenal group of partners who have collaborated with us. My birthday will be on the last day of the residency and frankly, I can not imagine a better gift than this for me. Please come share in as many of these events you possibly can. Make the trip because you never know where it may lead you.

The presentation of Fleur D'Orange is part of Center Stage, an initiative of the U.S. Department of State's Bureau of Educational and Cultural Affairs, produced by the New England Foundation for the Arts in cooperation with the U.S. Regional Arts Organizations, with additional support from the Robert Sterling Clark Foundation and the Asian Cultural Council. General Management for Center Stage is provided by Lisa Booth Management, Inc.