I am finding it difficult to highlight any single experience from my Center Stage trip to the Islamic Republic of Pakistan, so I've been putting off writing this post for several days. It's not that there aren't standout moments, there are, yet not one even seems capable of transmitting the gravity of my time in that wondrous country. Finally, it was on the streets of Washington, D.C., that this blog crystallized for me.

I ask you to view this image: 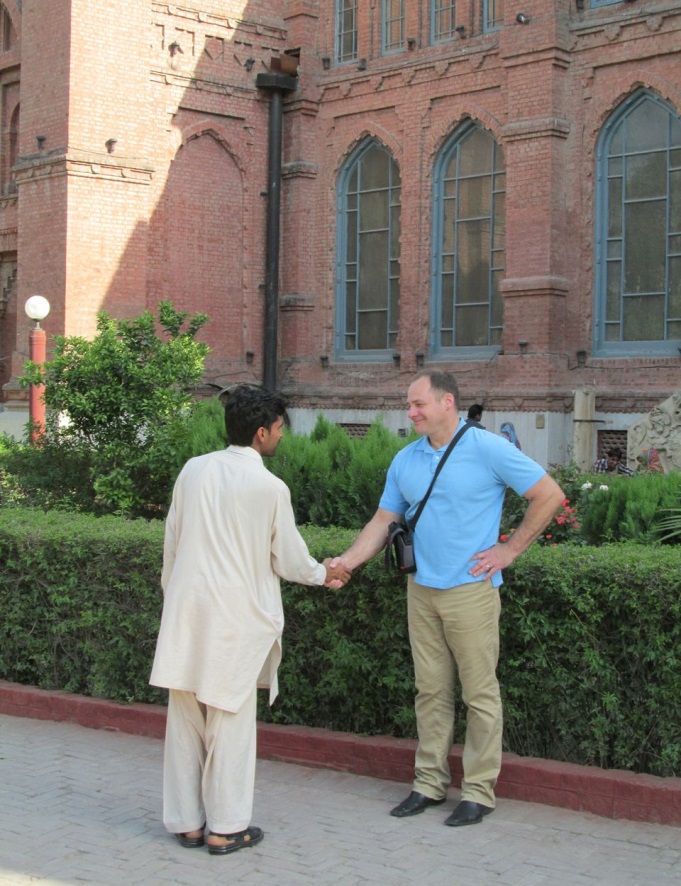 I know it's a rather benign picture, but allow me to explain its importance (and how Washington, D.C., is involved).

I was in our nation's capital this past weekend for an Association of Performing Arts Presenters board meeting. I covered a good bit of the city by foot, including a two mile walk from the Capital to DuPont Circle. As I ambulated around town, I had a total of one person say hello to me, and just two people responded to my greetings. The other 100 would-be-sidewalk-acquaintances feigned deafness, or just plain ignored me.

Please look at the picture from above, taken in Lahore, Pakistan, on April 4, 2013. I didn't know that Pakistani. No, no, he was just one of a thousand Pakistanis who stopped me on the street to say hello, make a new friend and to welcome me to their country. In D.C., had I been handing out Franklins, maybe I'd have received a dozen handshakes, but in Lahore, Karachi, and Islamabad, the dispensing of a smile warranted thousands of budding friendships. Each of these street exchanges had the same arc. "Hi, I am _________. Where are you from? What do you think of my country? Do you think we are all terrorists?"

It didn't strike me until this weekend that I should have asked my new friends in Pakistan, "What do you think of my country? Do you think we are all untellable cowards who are afraid to say hello to a stranger on our own streets?"

My take away from Center Stage: the people of Pakistan are brave, delightful, and ready for change. Let's hope we are too! 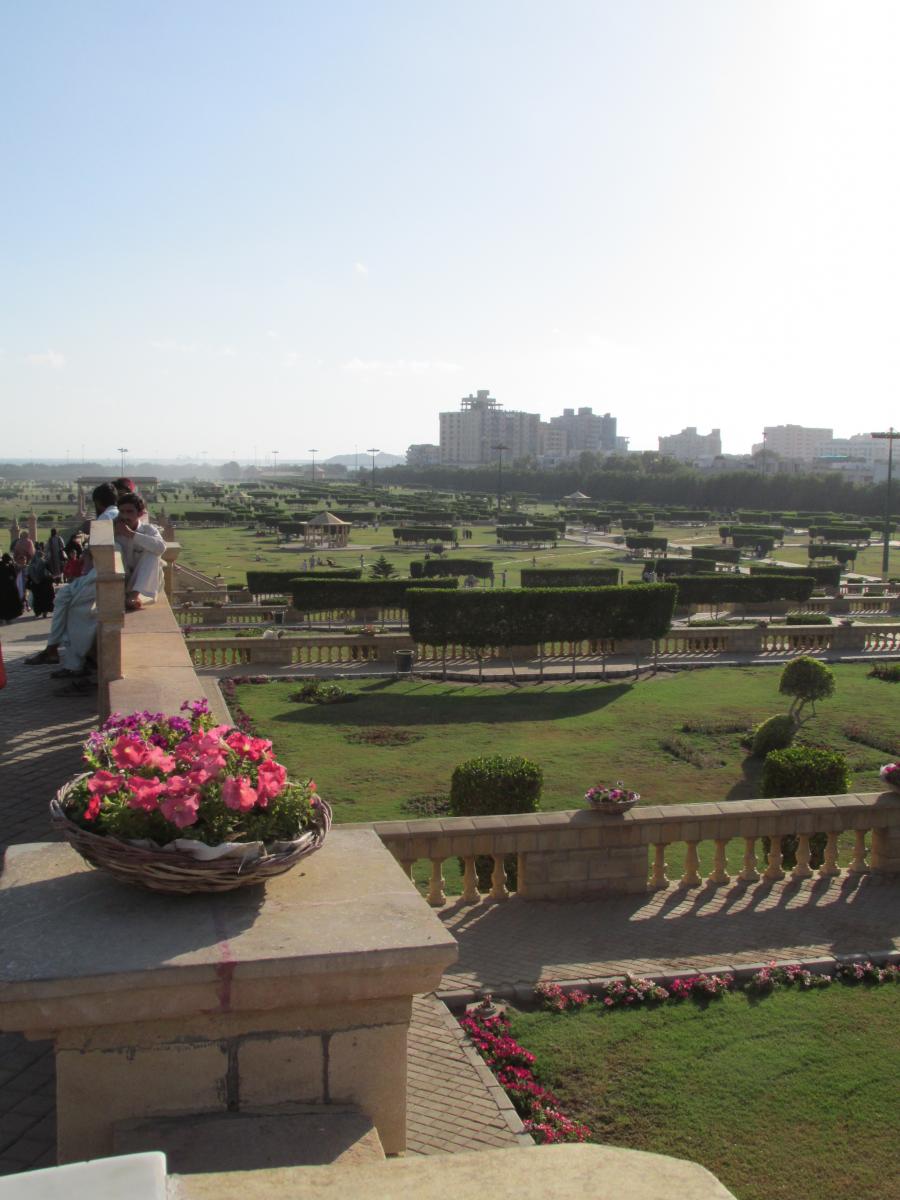 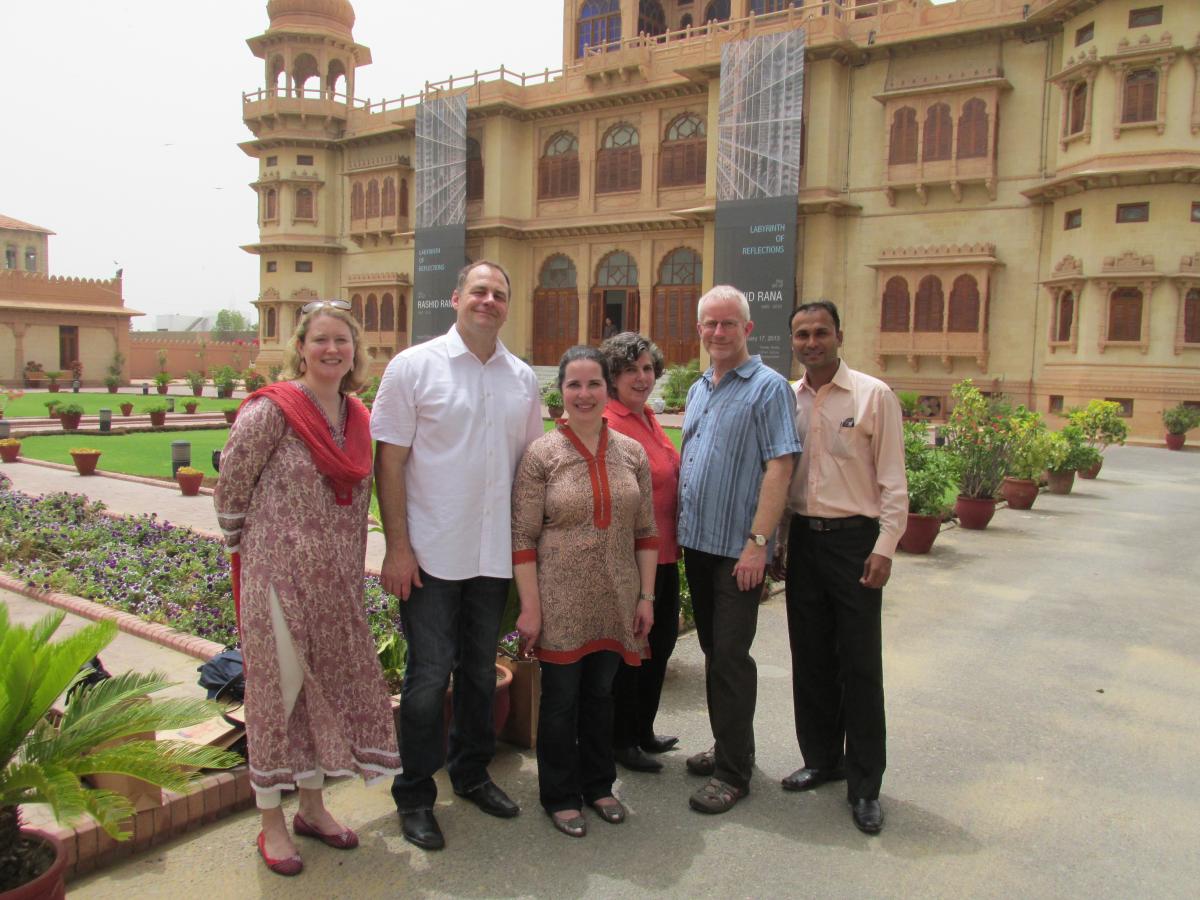 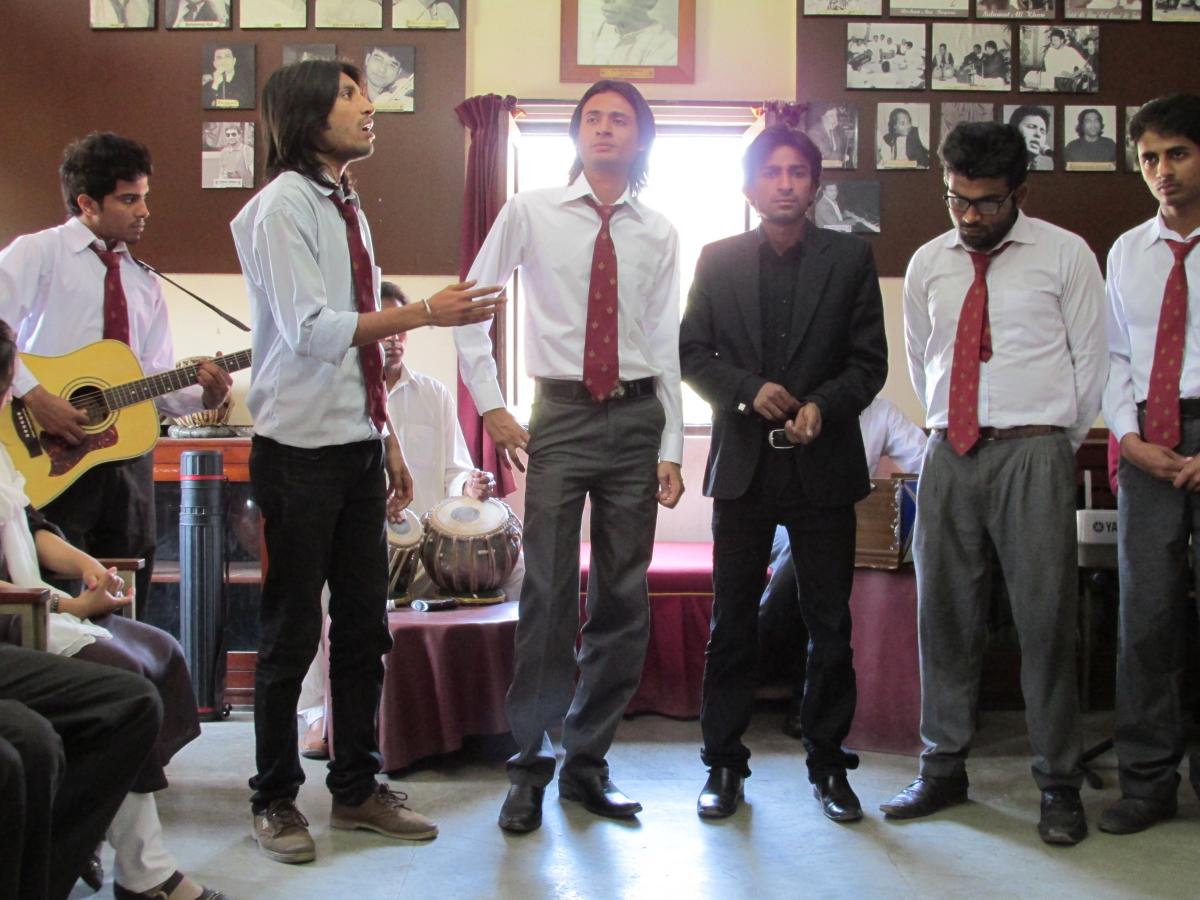 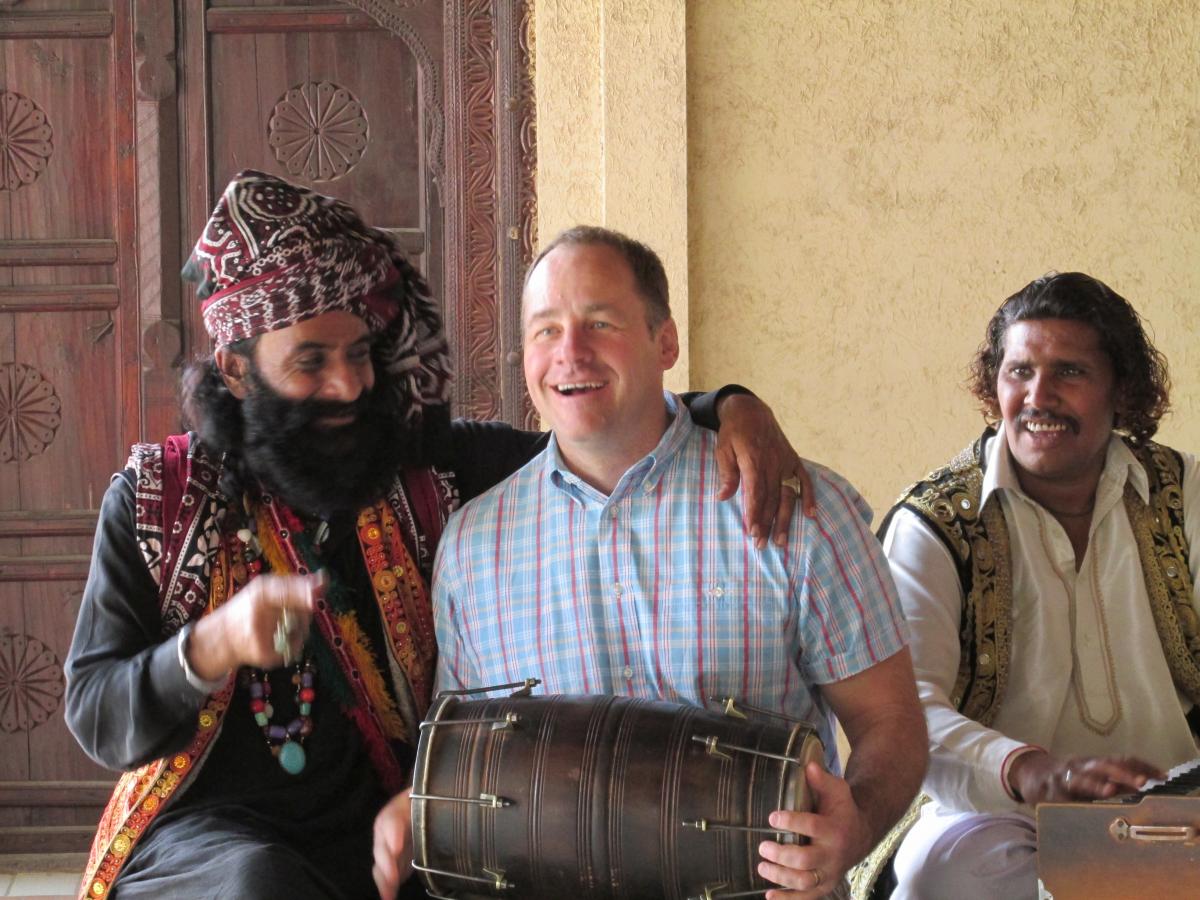 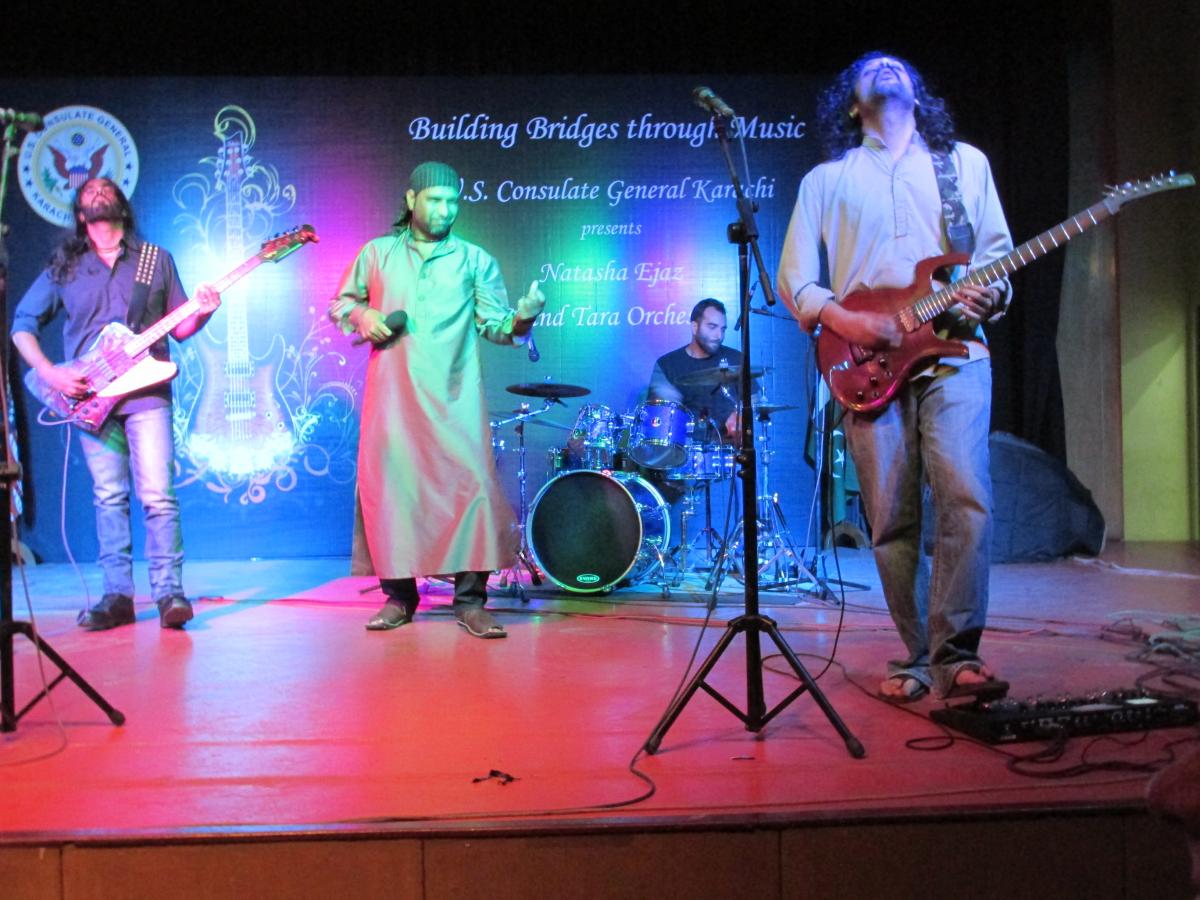 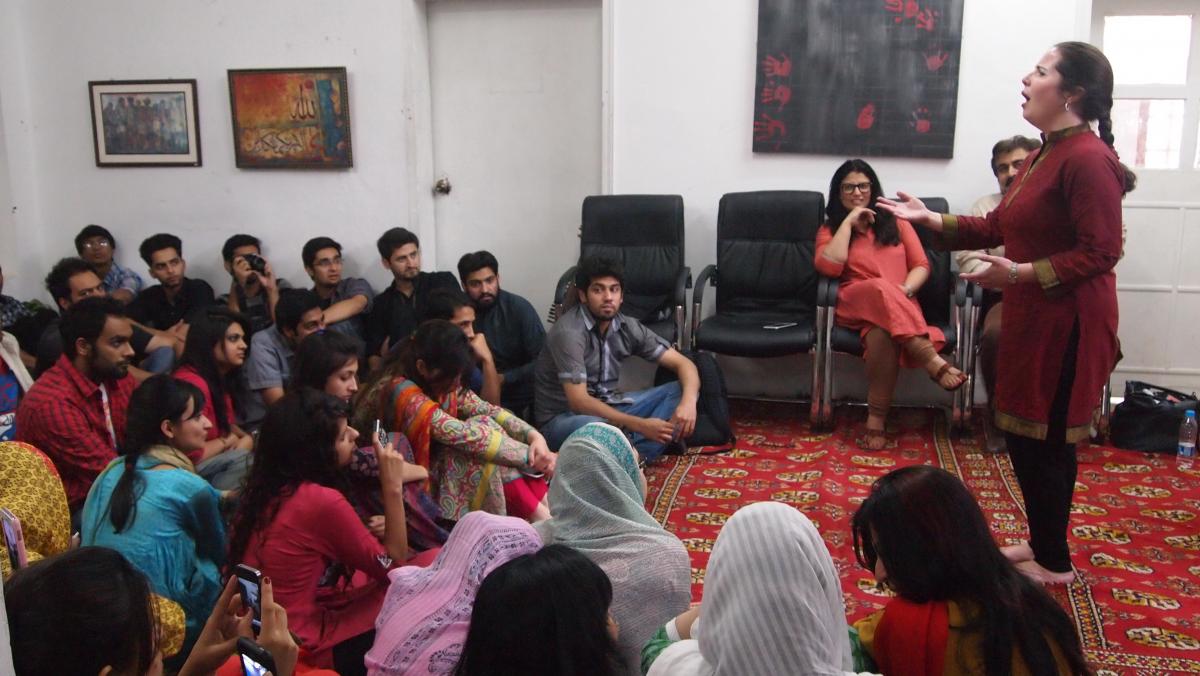 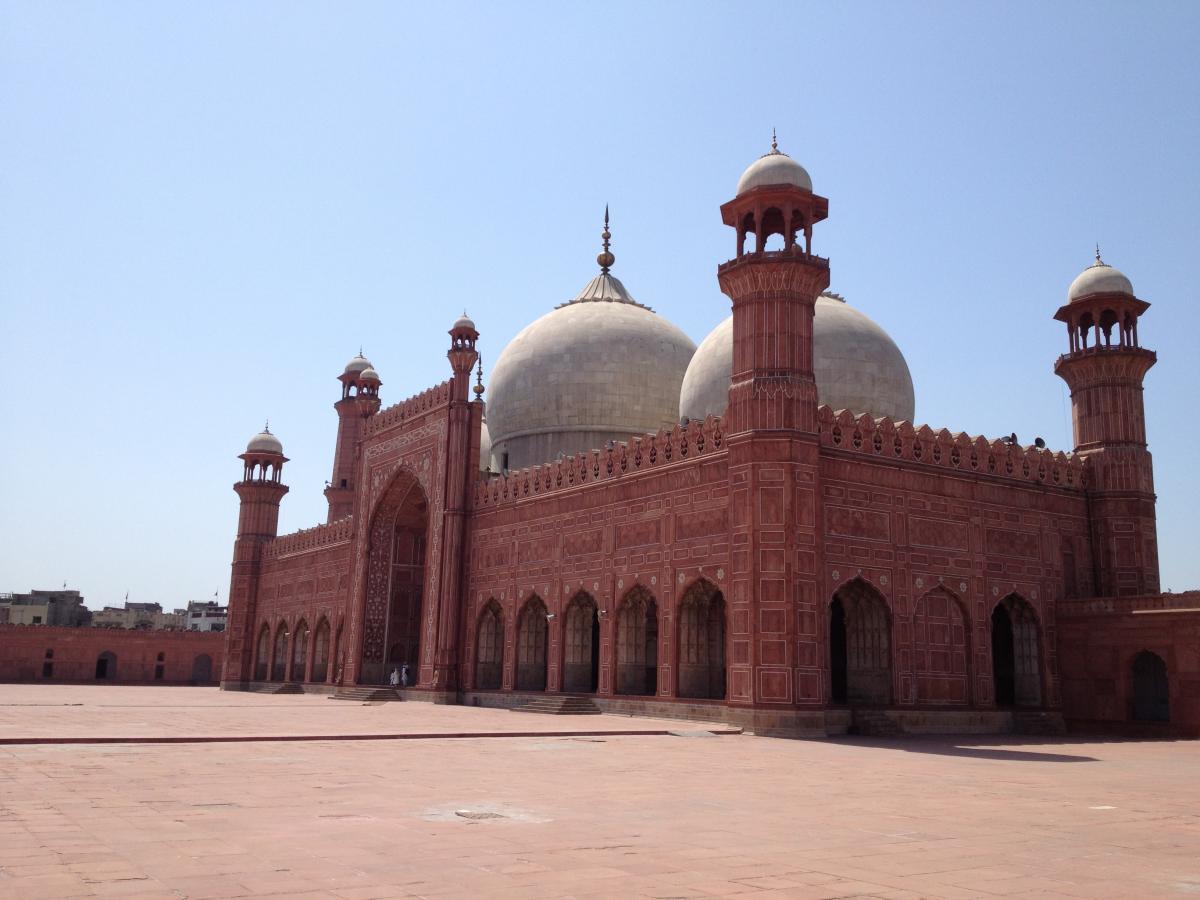 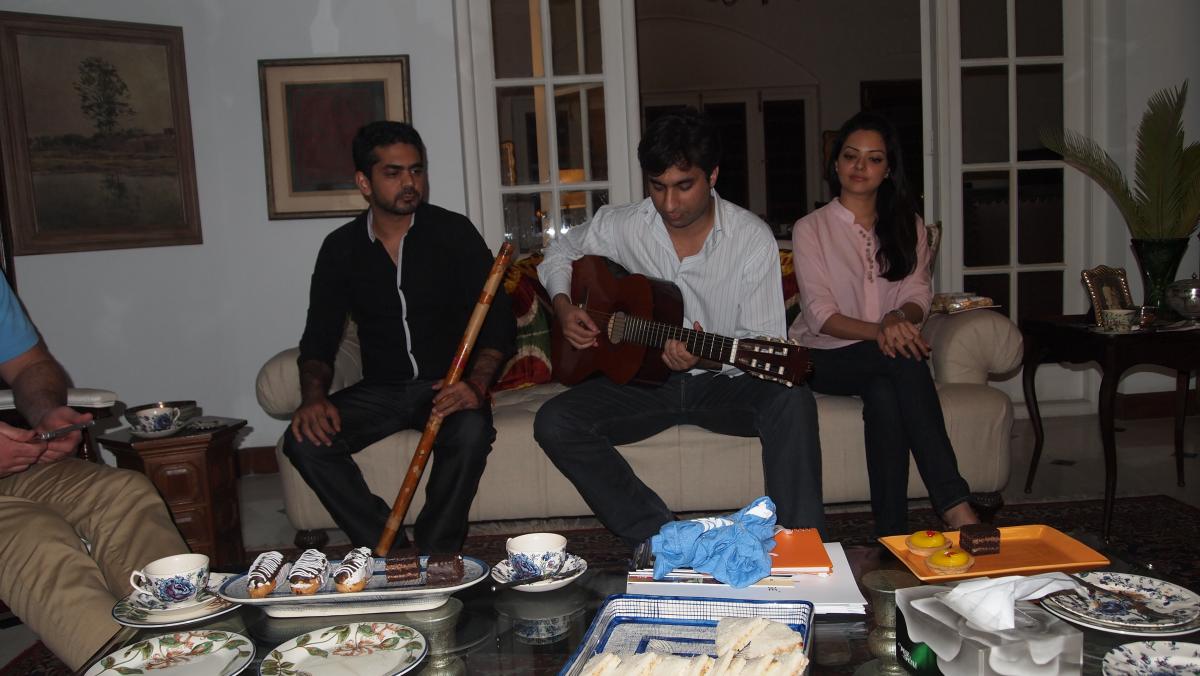 The Lahore-based band Laal serves up an impromptu performance along with high tea. 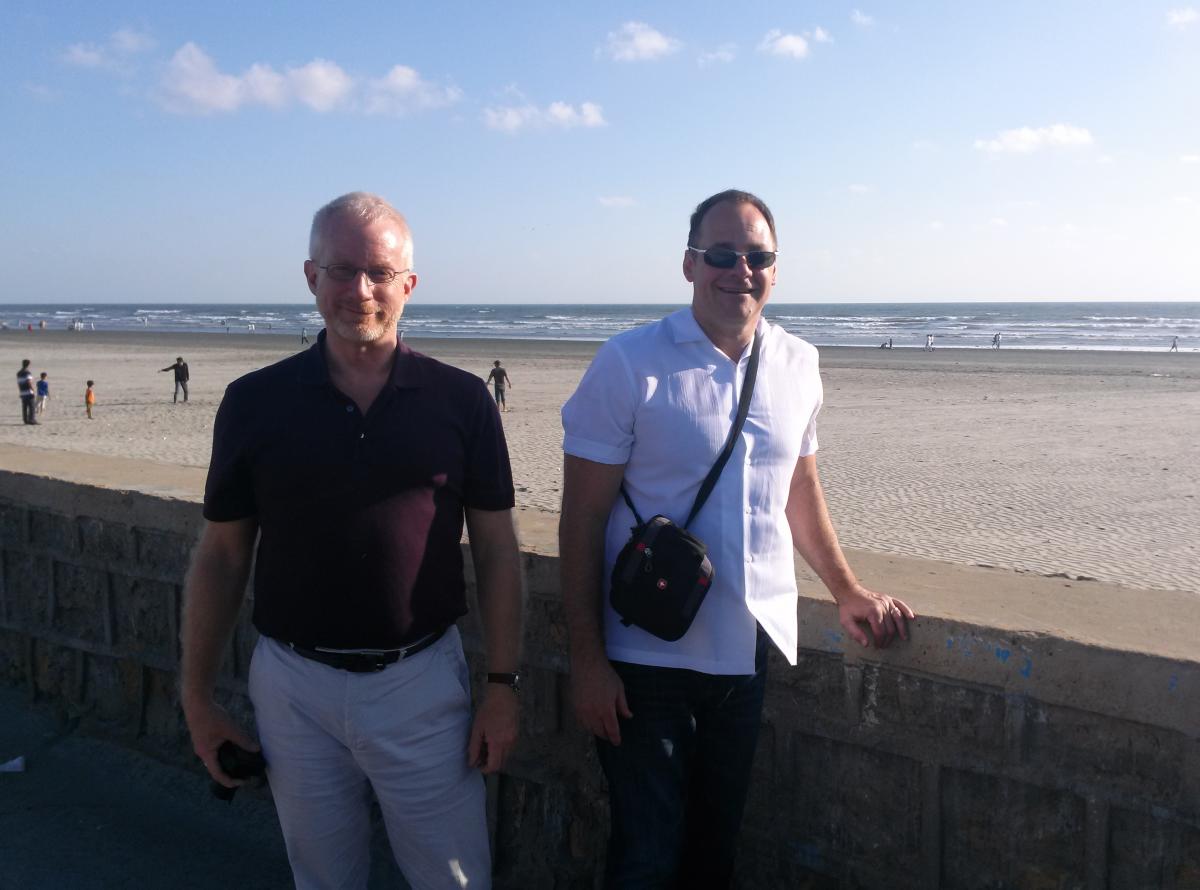 Rob and Brian beachside by the Arabian Sea, Karachi.