When you travel a great distance, even something as simple as adjusting to a new time zone can be a challenge. But when your trip is like mine, to Algeria with the Center Stage team to meet artists who run the gamut from a five member band playing traditional Gnawa music and instruments to an in-home studio experiencing a DJ/rapper/vocalist, sleep isn’t always the first thing on your mind. 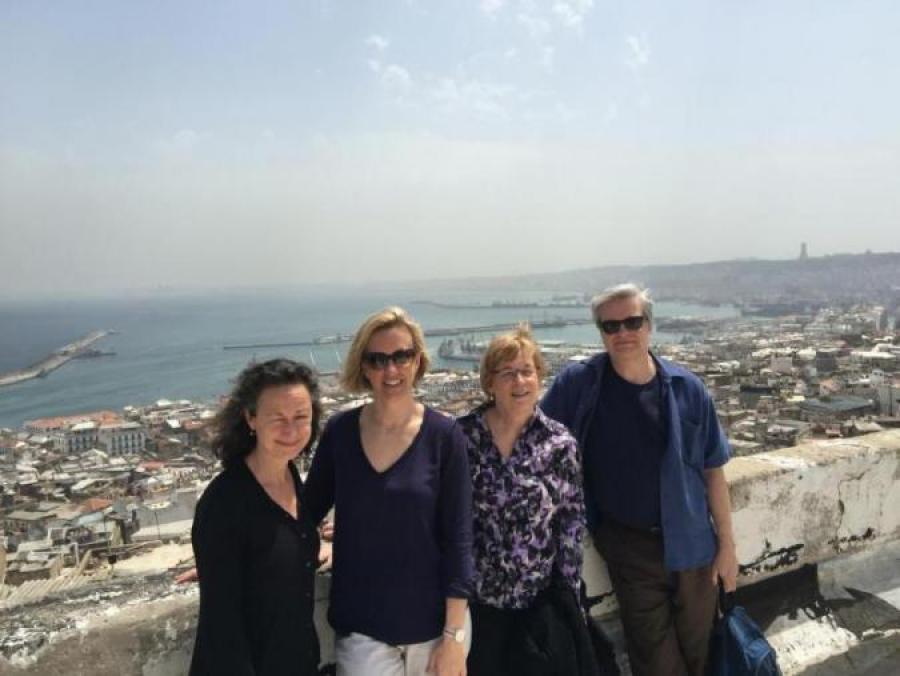 Algerian history intertwines so many varied cultures and nationalities that deciding where to begin to explore and experience can be hard.  A visit to the Martyrs' Memorial and National Museum of Moudjahid to gain a greater understanding of what the country has been through, starting in the 1800s, was a moving introduction to some of the history of the country. 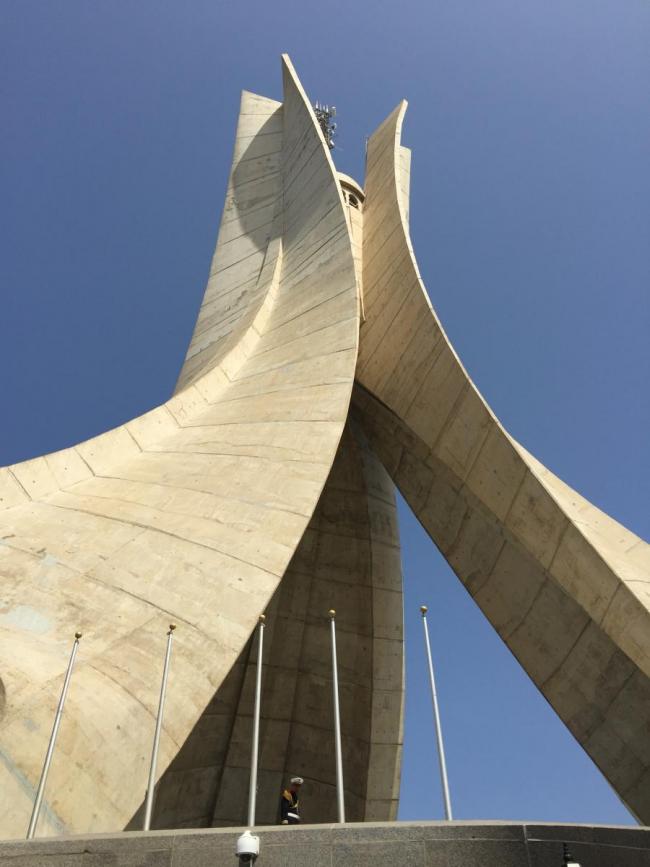 Yet another component of the trip, beyond the learning about and appreciation of history and music, was meeting Algerians. On day three, our focus was on students at the Music Institute, and making an effort to explain the program and our visit. With the vast differences in governments, cultures, and languages, it was an exciting and rewarding challenge to describe the project, our backgrounds, funding sources for the arts in the U.S., and differences between our countries in general. 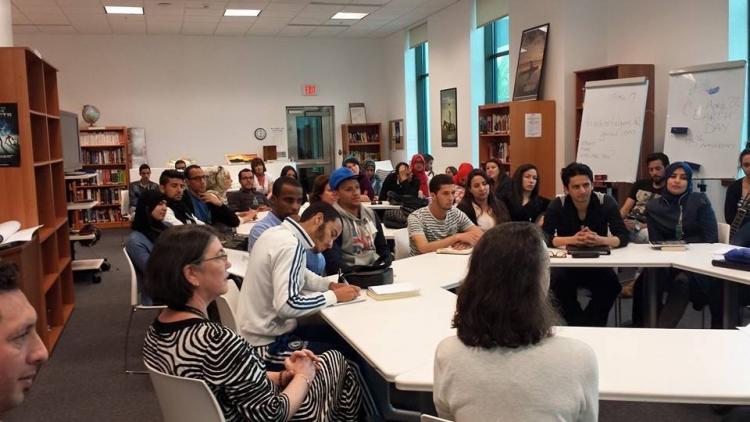 One highlight, and it feels like almost everything could be called a “highlight,” was seeing a screening of the movie El Gusto, a film about a group of Muslim and Jewish musicians (think a sort of Algerian Buena Vista Social Club) separated 50 years ago by politics, who’ve now reunited for the first time to celebrate their shared love of Chaabi music. Not only did we see the film, but were privileged to sit in on a rehearsal and attend their first performance in Algeria since their separation so many decades ago. One of the French Algerian performers had not been back to Algeria since the early 1940’s, and it felt like he embodied the main message of the movie he’s part of: music brings people together no matter religion or political strife. 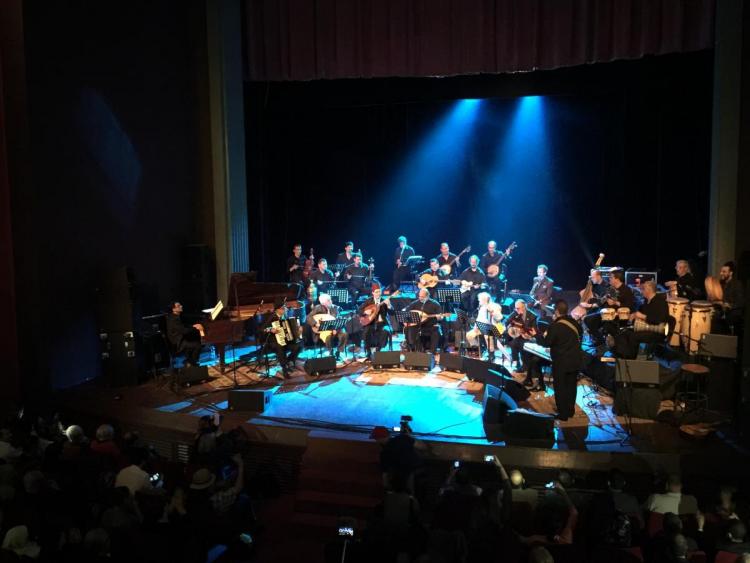 After all these experiences and a visit to the Casbah, we concluded our stay with a meeting with the Ambassador at the U.S. Embassy, and a dinner generously hosted by the Cultural Affairs Officer at her home. (Let me not neglect to mention that amazing food followed us throughout our journey!) This marked the end of the time in Algeria, a place I never would have thought to visit on my own. My eyes have been opened to a country with incredible people who are passionate about their history, their culture, and their independence. Programs like Center Stage bring people together through the arts, making the world a better and richer place. 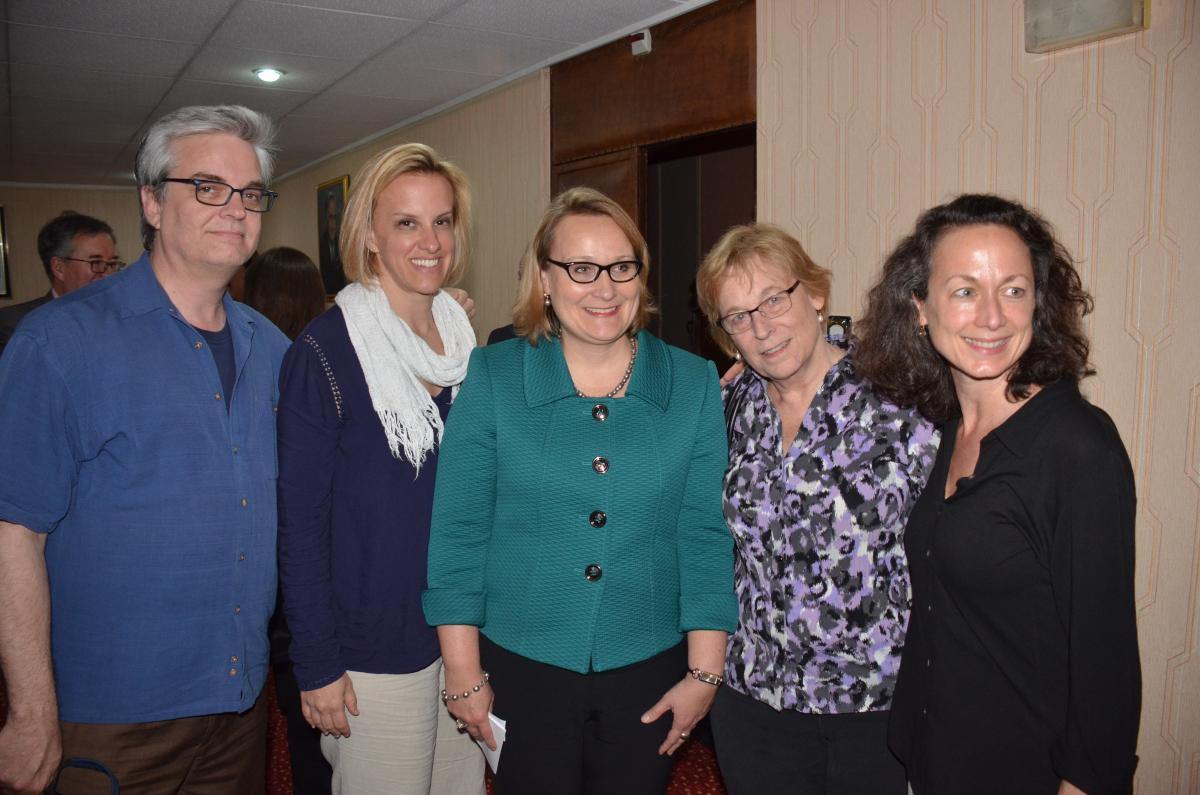 With the US Ambassador to Algeria, Photo by Elizabeth Auer 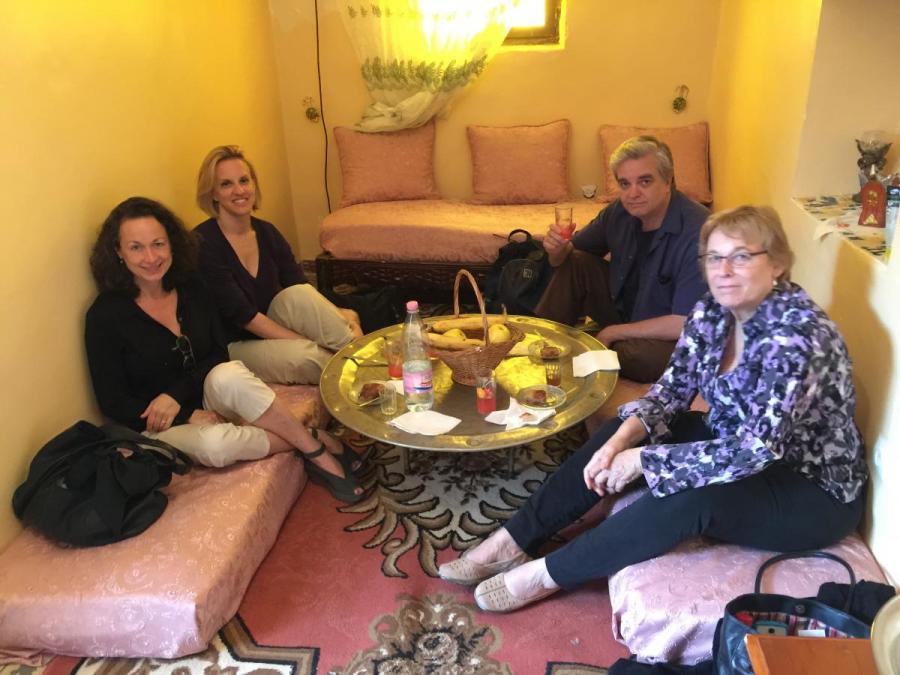 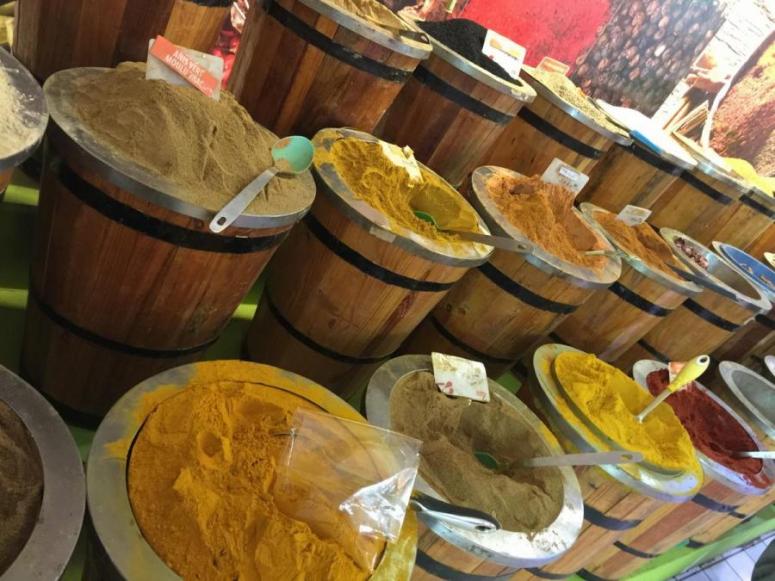