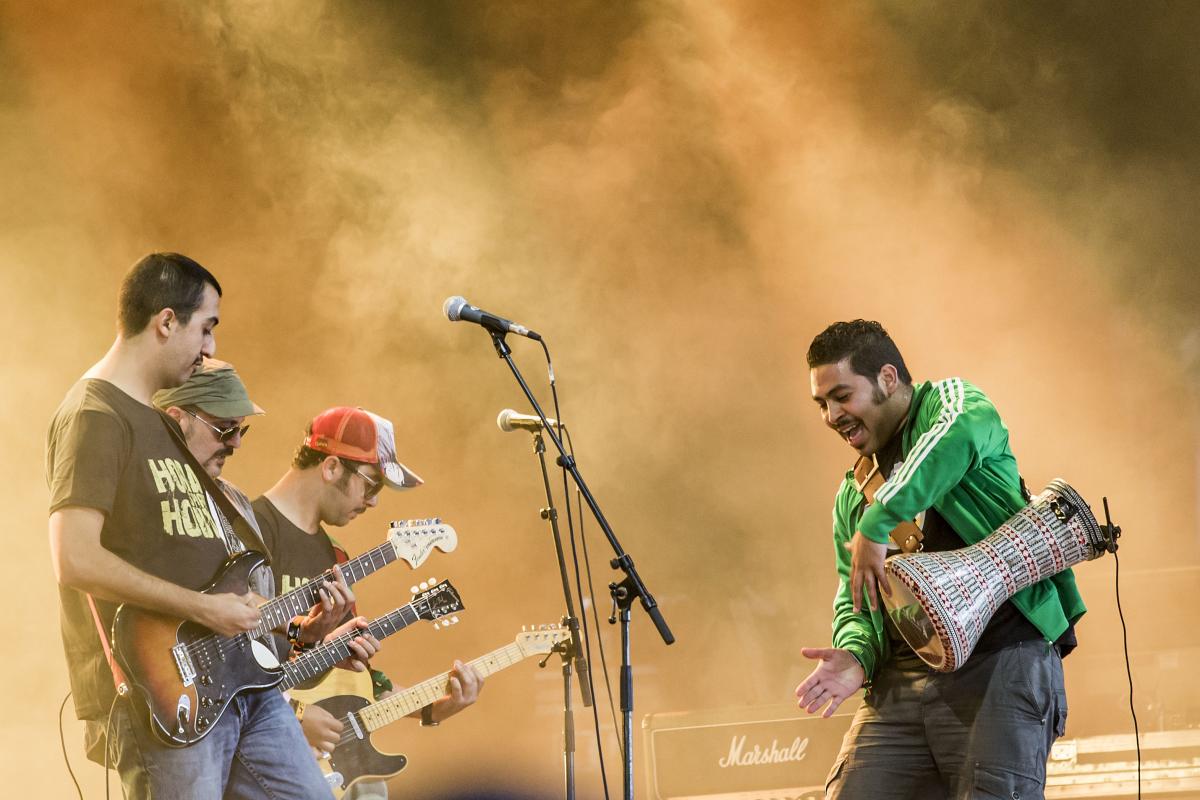 Lahore, Casablanca, and Agadir, Ho Chi Minh City, Peshawar, and Hanoi.  Each has served as a global and cultural hub for centuries. As sons and daughters of these ancient crossroads, the contemporary artists touring the U.S. as part of Center StageSM in 2014 create work from within these rich and storied cultures, embodying the themes, rhymes, symbols and rhythms of praised pasts. Through music, visual imagery, and movement, they combine the new and the historic in an ongoing dialogue that shapes the rich and complex societies in which they live.

Artists touring as part of Center Stage 2014 will help build mutual understanding via cultural expression and people to people connections.  This public-private arts program is initiated by the U.S. Department of State’s Bureau of Educational and Cultural Affairs and produced by the New England Foundation for the Arts (NEFA).

Now in its second edition, the program will bring seven acclaimed contemporary dance and music ensembles from Morocco, Pakistan, and Vietnam to the U.S. to perform, interact, and begin meaningful dialogues with Americans from June through December 2014.

Arts presenters and communities interested in hosting an ensemble are encouraged to contact Lisa Booth Management, Inc. at 212.921.2114 or artslbmi@msn.com. Tours are being routed this summer and fall; all engagements take place between June and December 2014.

In its first iteration in 2012, Center Stage reached more than 63,000 audience members in 49 communities across 28 states and districts, many of which were smaller cities, from the desert southwest to small-town New England. Half-week and week-long community residencies are the norm. In addition to passionate and engaging performances—including opening concerts that packed The Kennedy Center with jubilant listeners—ten ensembles from Haiti, Indonesia, and Pakistan gave workshops, jammed with local musicians, and enjoyed a good old community potluck or two.

Center Stage encourages concentric circles of interaction, whether it’s artists chatting with new acquaintances at a local farmer’s market or tweeting about their experiences for friends and fans back home. By extending the impact of local moments via social media, embassy support, and press in the U.S. and in the artists’ home countries, Center Stage bolsters more-informed, friendly, eye-opening ties -- the kind of encounters and relationships that lead to stronger international dialogue.