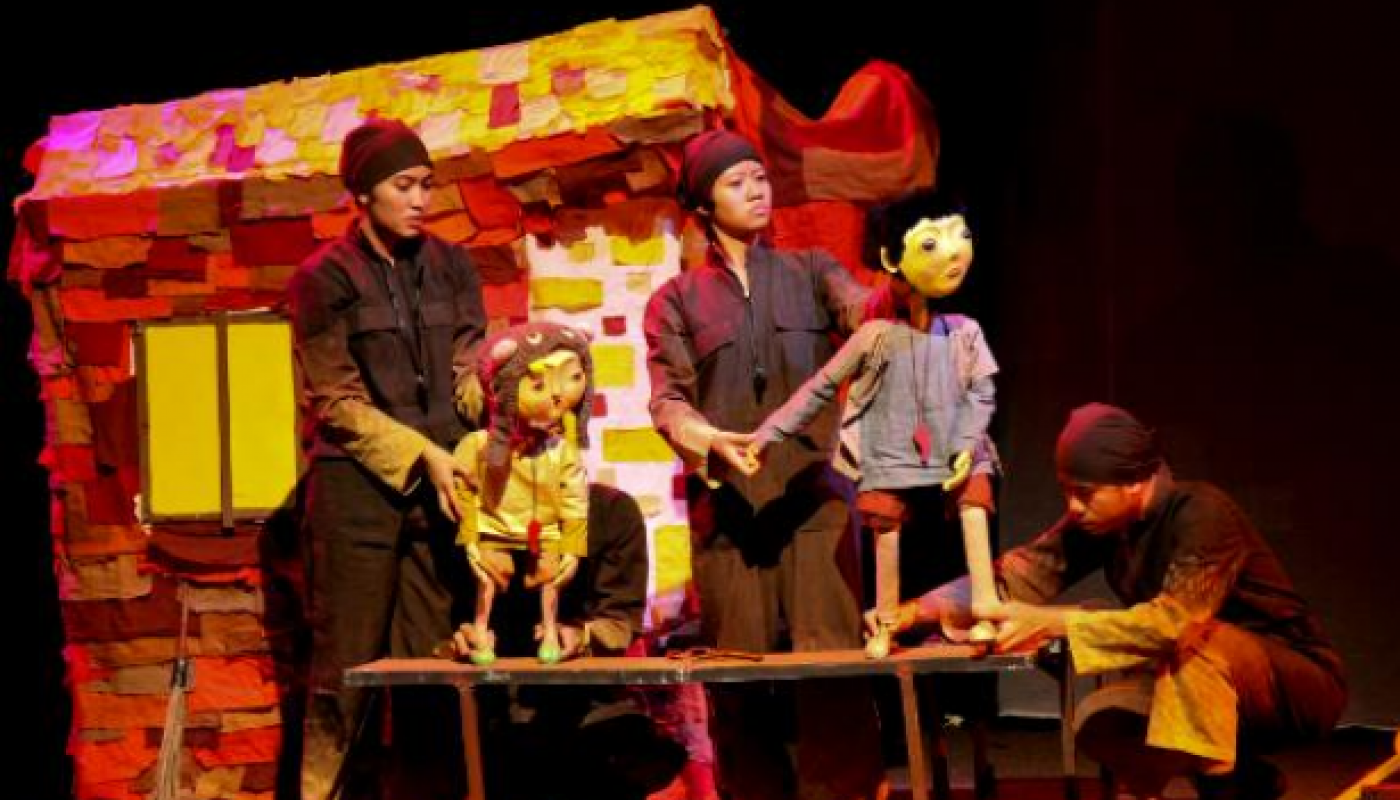 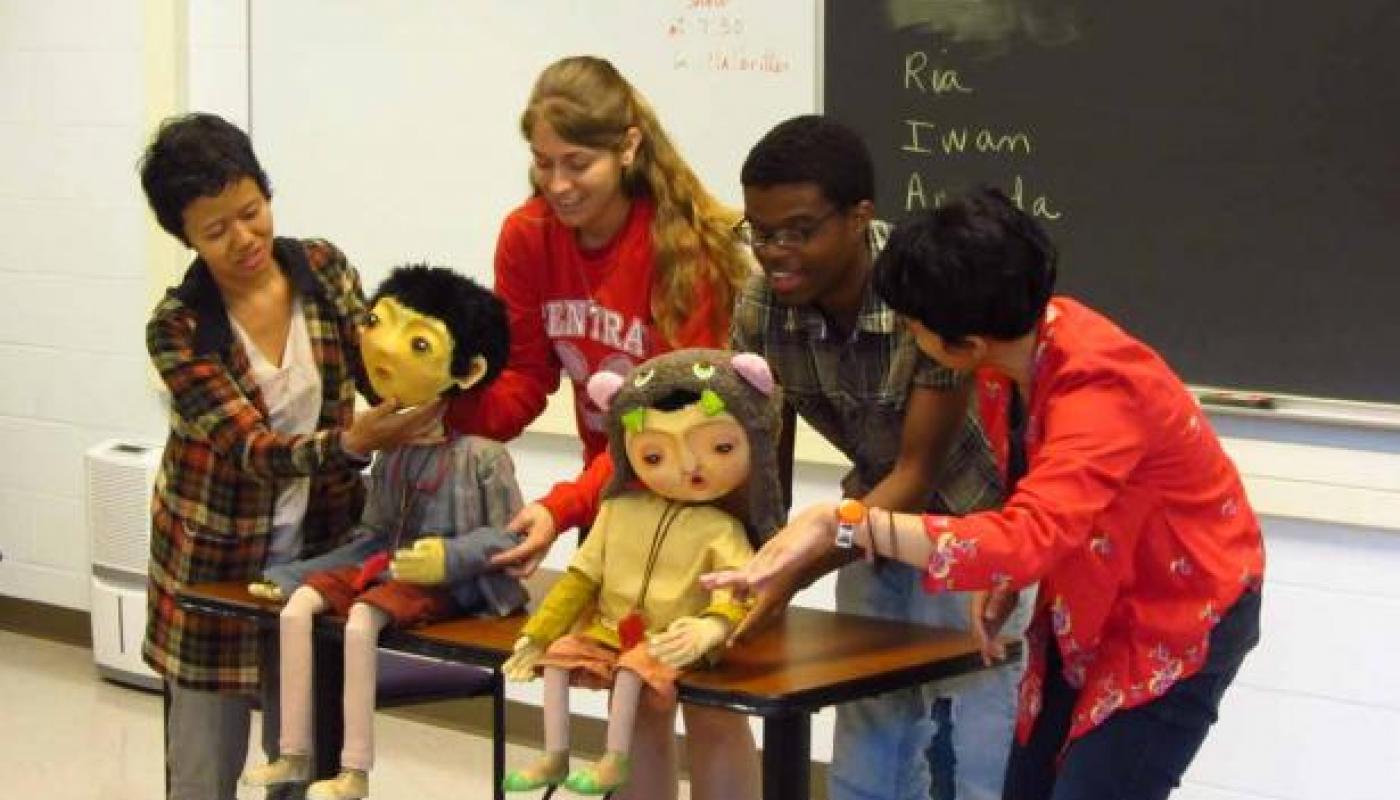 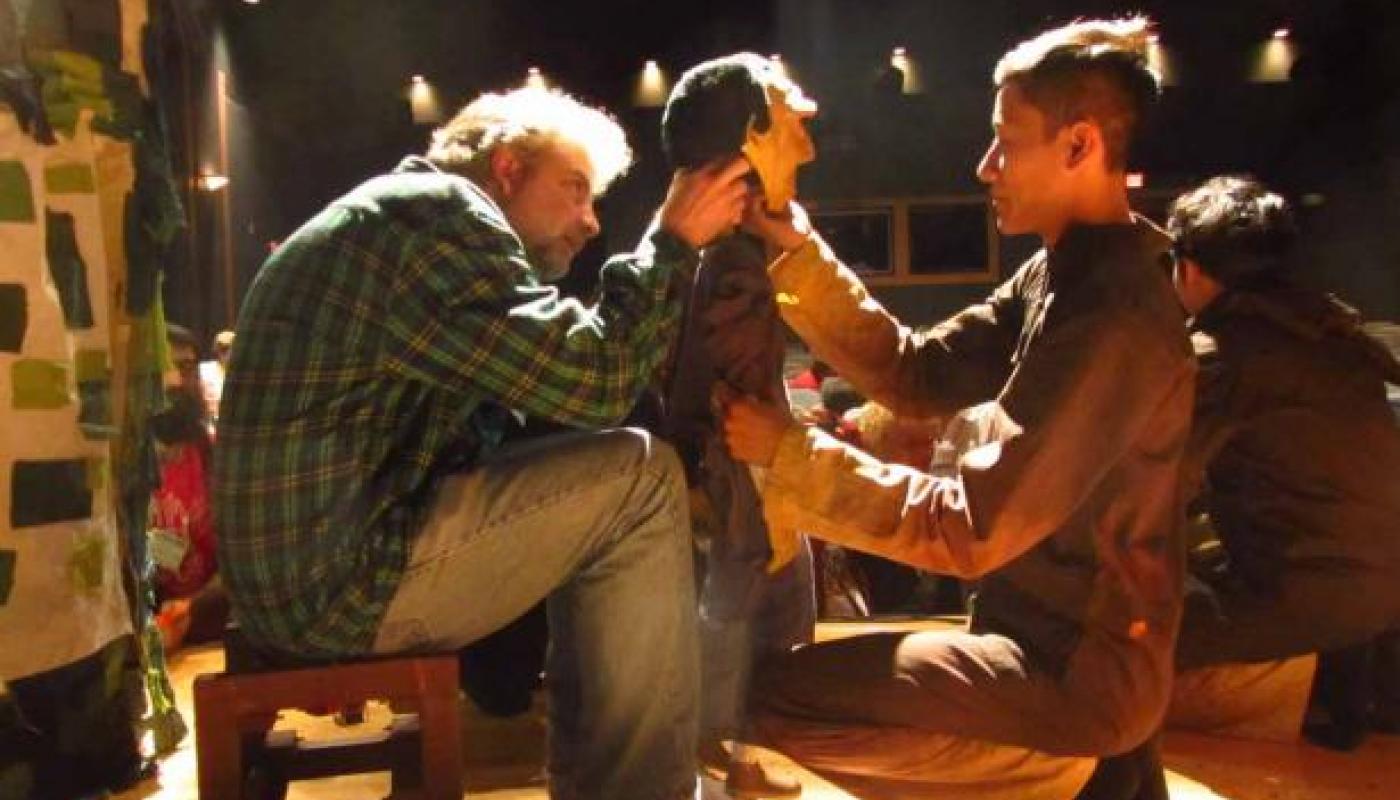 In a country renowned for its puppetry traditions, Papermoon Puppet Theatre is a young, contemporary standout. Papermoon draws on a variety of Indonesian and other performing arts forms and techniques to create its mixed-media works. Not content to create productions for the theatrical stage, the company also stages site-specific performances in markets, trains, town squares, art galleries, and other public spaces. For their US debut as part of Center Stage, Papermoon presented 'Mwathirika' which chronicles the history of loss, and the lost history of a nation in 1965 - Indonesia's "Year of Living Dangerously."

Brilliant, engaging and enthusiastic artists in residence at our campus/community for four days - what a treat! Loved the performance, loved the teaching, loved the company [Papermoon Puppet Theatre].